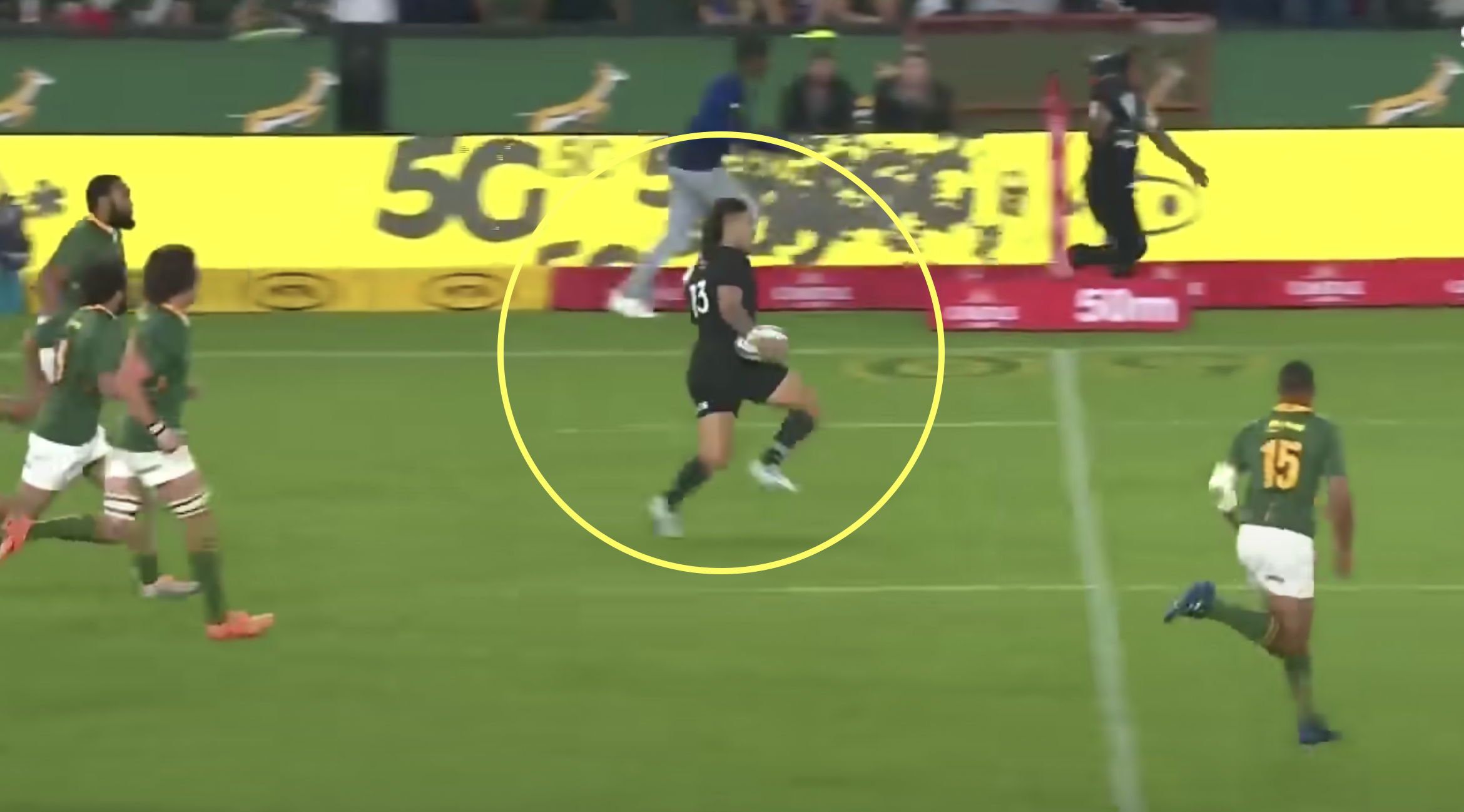 The All Blacks’ Rieko Ioane could well be the fastest Test player in the game currently, and he showed exactly why again against the Springboks at Ellis Park.

The 25-year-old was given space out wide by the Boks in the final ten minutes of the match at Johannesburg, and even though he was deep in his own half, he made them pay with a surging run which eventually led to David Havili’s try.

Despite now playing at outside centre for the All Blacks and the Blues, Ioane received the ball on the wing, but it looked as though Lukhanyo Am was covering him. Given a player of Am’s quality – deemed by many as the best player in the world and certainly the best defensive back – it looked as though he would be able to track down the All Black. However, Ioane put on the afterburners and the Sharks centre did not even come close.

It must be noted that Ioane did have a head start over Am, but in no time at all he had opened up a sizeable gap between the pair that Am was only just able to close down after Ioane had slowed down to make it around Willie le Roux.

This was outrageous pace from Ioane, proving that despite wearing the No13 shirt, he is still his side’s fastest player. Any side facing the All Blacks should be well aware that they should not give any space to the 31-try international.

Maybe what was even more impressive about this was that Ioane was able to reach a speed like that in the 73rd minute of the match.

Despite the win, the All Blacks sit at the foot of the Rugby Championship table, but only one point and a points difference of 20 separate them from Argentina at the top.