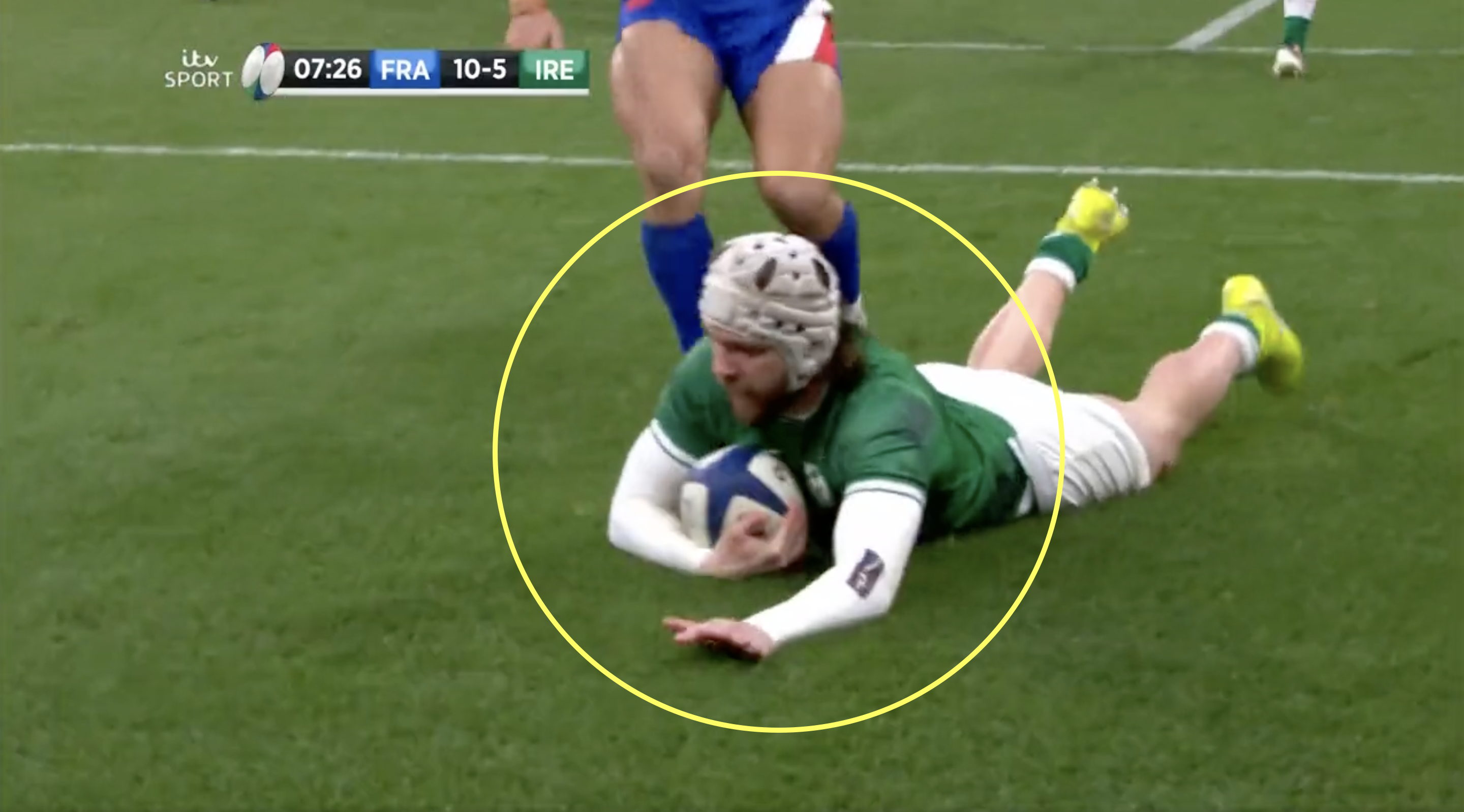 South Africa’s Lukhanyo Am would have been quite confident that he scored the try of the weekend across the world with his try for the Sharks from a kick off today, however, that only lasted a matter of minutes.

The Springboks outside centre scored an outrageous solo effort when he not only caught his side’s kick off but then grubbered past the last defender to score the try. Take a look:

However, just hours later Ireland’s Mack Hansen was more or less doing the exact same thing, only this time in the Stade de France in the Six Nations. Take a look:

HUGE from Hansen. He's come all the way from Australia to pick France's pocket for the perfect @IrishRugby response!#ITVRugby | #GuinnessSixNations pic.twitter.com/u9c7ex73Df

It is hard to tell which one here is better, but the fact that Hansen scored his try at Test level means he probably just shades the Springbok. Then again, he did not put the kick in as well. Am also benefited from some very shaky catching by the Bulls, but Hansen simply jumped and beat his man.

Not a bad way to score your first Test try!