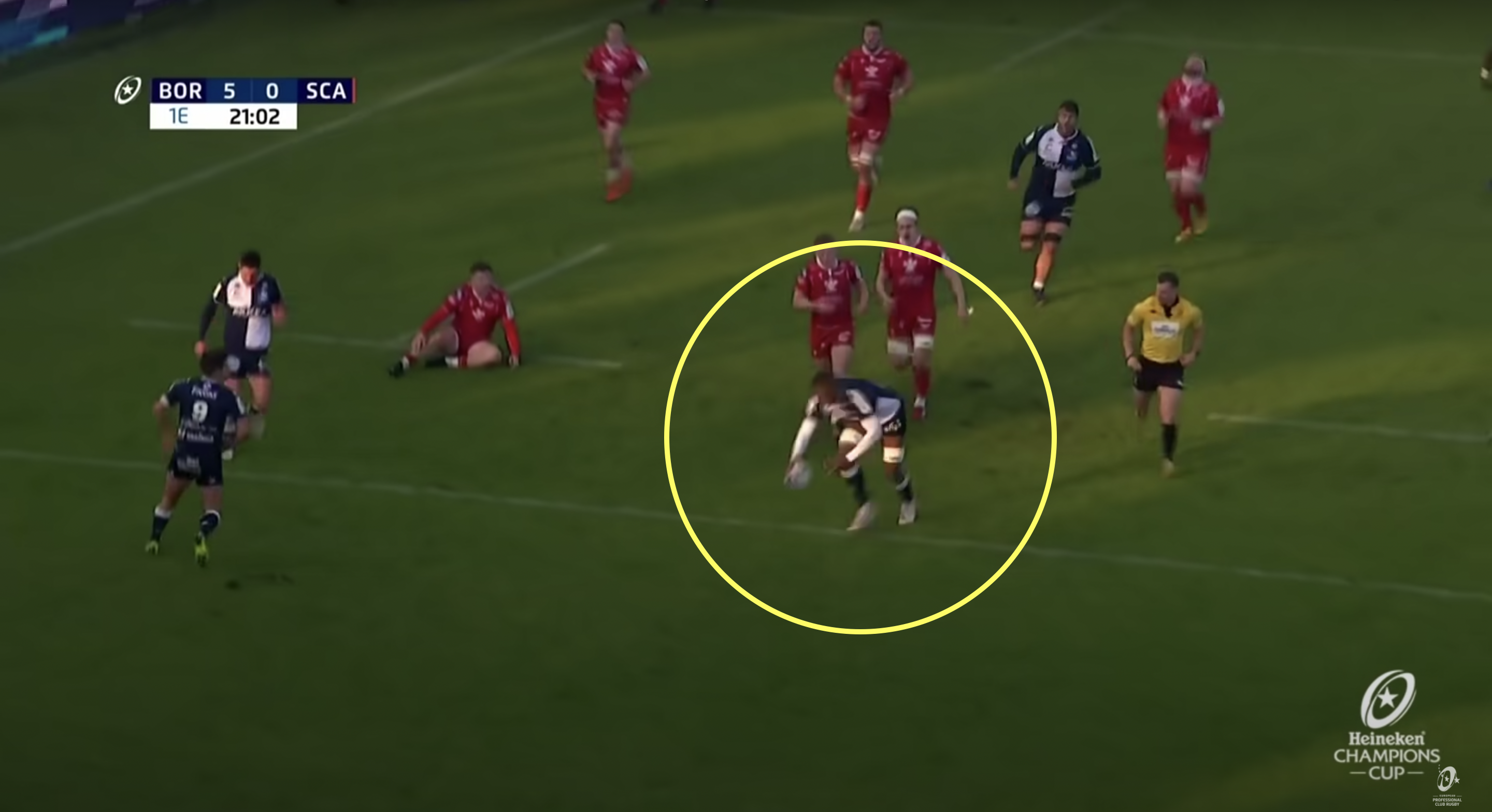 While it is slightly daft to judge a team by one try that they score, it is hard not to get carried away with Top 14 leaders Bordeaux Begles after the try they scored against the Scarlets yesterday.

The try was scored by a side that are not only at the top of their game, but have a strong understanding of how each other plays and where their teammates are going to be. Their opening try against the Scarlets at the Stade Chaban Delbas was the epitome of teamwork and striving to keep the ball alive, with France fly-half Mathieu Jalibert pulling the strings expertly. In fact, in one phase alone he touches the ball three times, and passes as many times.

The link up between lock Thomas Jolmes and No8 Alban Roussel was special enough, but the loose forward’s understanding of where his fly-half was going to be was almost telekinetic. This allowed the 23-year-old to make the break and link up with Santiago Cordero, playing out of position at scrum-half, for a one-two before putting in France teammate Cameron Woki for the try. There is simply no way a team could produce a try like this without hours and hours of training and playing alongside one another, as it is perhaps the movement off the ball from each player that is so impressive.

LOOK AT THE HANDS 😍

The win leaves Bordeaux in fifth place in Pool B in the Heineken Champions Cup, and likely to make the next round. However, their final match of the group stages is against Gallagher Premiership leaders Leicester Tigers at Welford Road, who beat them earlier this season. If there is any team that could challenge Bordeaux for the title of being the best team in Europe at the moment it is Leicester, so this Saturday’s match will be a humdinger.