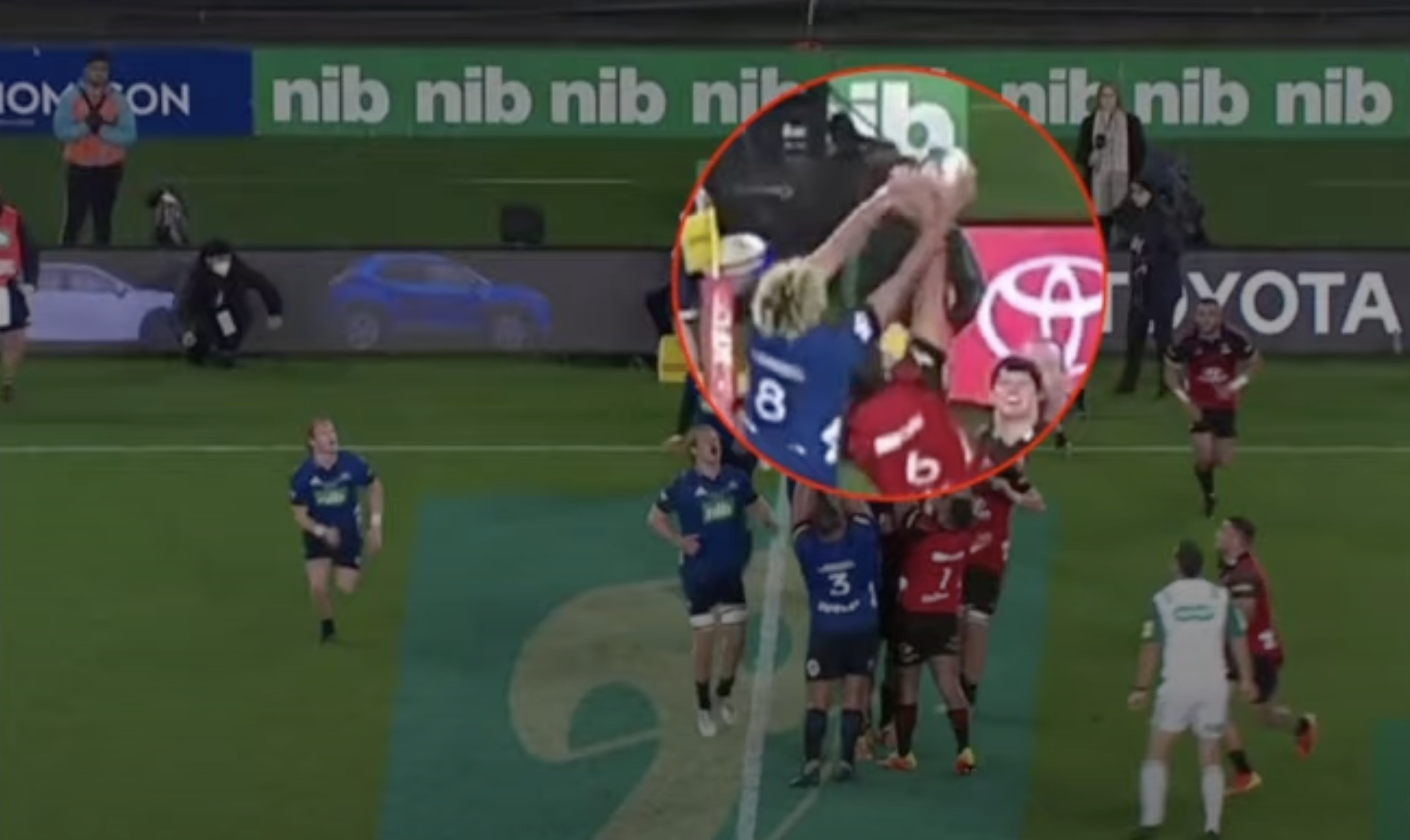 No matter how flash a team is or how loaded their backline is with stars, if your scrum and lineout are not functioning well, you will find it hard to win rugby matches, and the Blues found that out the hard way on Saturday in the Super Rugby Pacific final against the Crusaders.

The Crusaders claimed their eleventh Super Rugby title at Eden Park with a 21-7 victory after a game in which the Blues barely showed up. There are some pretty damning stats about the Blues’ performance, none more so than the fact that they lost a whopping ten lineouts. Any team would find it hard to win from there.

RugbyCoach8 has broken down on YouTube how the Crusaders were able to dominate this area of the game, and how it affected the Blues. The video shows that the visitors aggressively attacked the Blues lineout, often putting up two pods to try and win the aerial battle. Such was their confidence that they even did this five metres from their own line when the Blues had loaded the lineout with backs to create a push over try.

On top of that, even when the Blues won a lineout, the Crusaders quick to either sack a maul or aggressively attacked the ruck after players had broken from the maul.

This eventually resulted in the Blues opting for long throws to centre Roger Tuivasa-Sheck, which did not necessarily always come off, or bypass the opportunity to kick for the corner when they had a penalty, choosing to run it instead.

Blues head coach Leon MacDonald discussed this area of weakness after the game, saying: “We encountered a very good Crusaders side who applied a lot of pressure and we were just unable get our game going which was hugely frustrating.

“They were able to steal a lot of our lineout ball and put pressure on at scrum and breakdown – they’re three key areas to winning any game, let alone a final.

“We were unable to play the way we wanted to play. They’ve been in a few finals, they know how to do it well, and they did.”

MacDonald then went into more depth about what went wrong at the lineout: “They got up well. It was like they had our playbook there. They were reading our play and causing a lot of trouble there. We tried variations, and were just unable to get quality ball to launch off. The scrum was similar. We always felt we were living off scraps, and unable to apply any sort of pressure through a positive kicking game.

“They were able to cut off our supply, and we were scrambling, just trying to hang in there and hope that at some point momentum would swing. We had a couple of opportunities in the second half to grab it, but that breakdown pressure they were applying meant we were unable to make the most of them.

“Ten missed lineouts is hard to live off. It’s as simple as that – and scrum penalties etc. We weren’t able to get any momentum which is hugely disputing given it happened in the final. That aside, we can still be proud of what was a bloody good season for the Blues – a 15-2 record was good, we’ve made some progress but tonight shows there’s still some work to be done.”