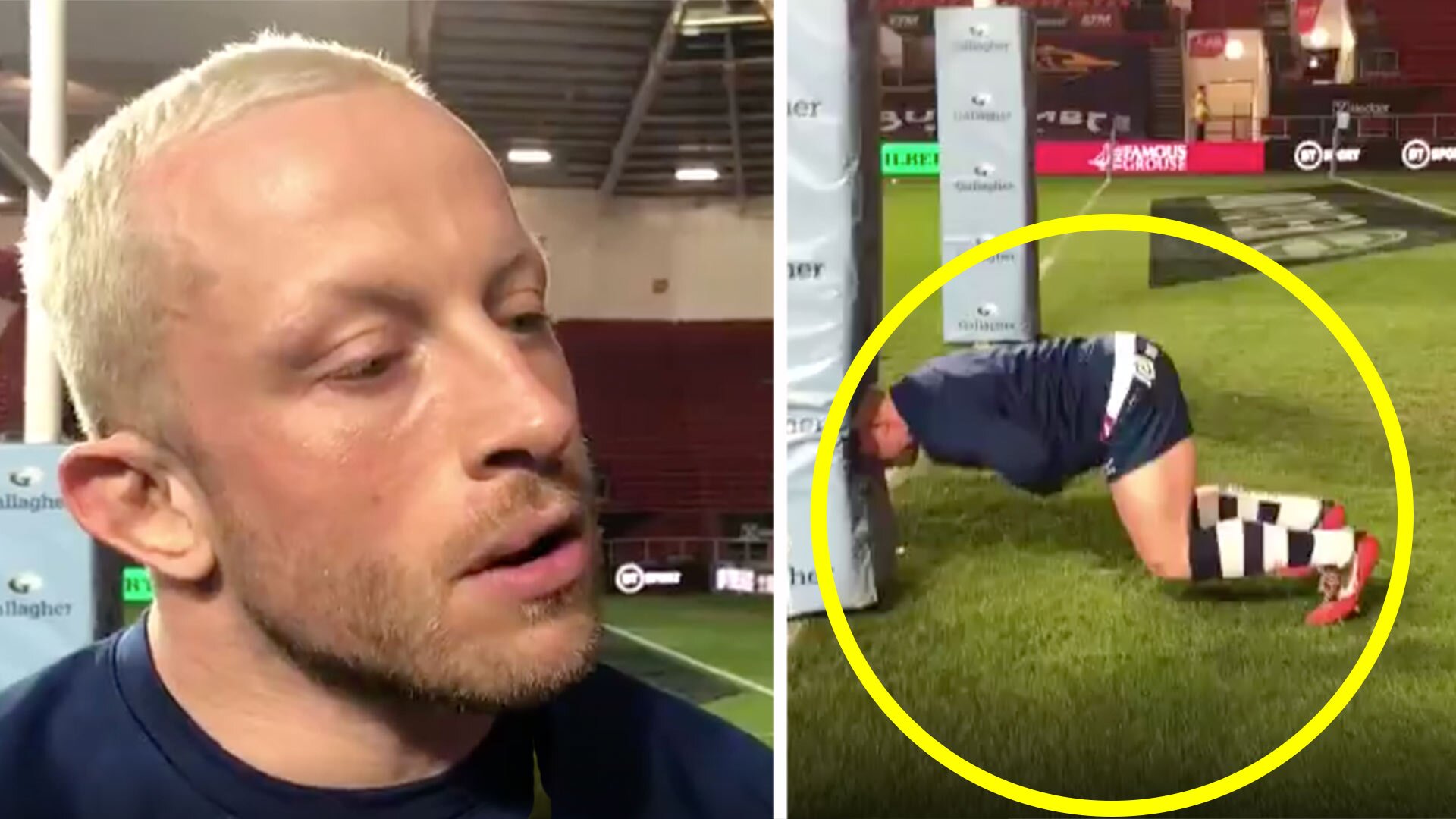 Easily the most hilarious and peculiar interview of the year

On a Friday evening, Bristol Bears put London Wasps to the sword in a 37-20 win and Lahiff was involved in the side’s win.

Fans were raving over the interview that Lahiff gave before the match, where he spoke openly about his side’s win over the Coventry side.

With much of the focus on the Six Nations at the time, many people may have missed the brilliant pre match interview that the loosehead prop gave just before the game began.

Lahiff is not like many props in the sport. He is absolutely shredded.

Even from young age, he has always had one of the best rigs in the sport, something which is considered to by quite rare for a prop in rugby.

It’s always brilliant to see props perform like this off the pitch, they always seem to have more character than other players on the pitch. Joe Marler would be a good example of another front row that has made a name for himself with his brilliant and funny character.

Here is the sensational pre-game interview that Max Lahiff gave just before the game. This is what you call natural comedy. We would love more interviews like this.

Don’t really know what to say about this… 🤷‍♂️

This interview garnered Lahiff quite a following, as his oratory skills separate him from many of his peers. Not only does he have a podcast, but he even has a cooking show, Marinate with Max, with RugbyPass. Take a look at the show: