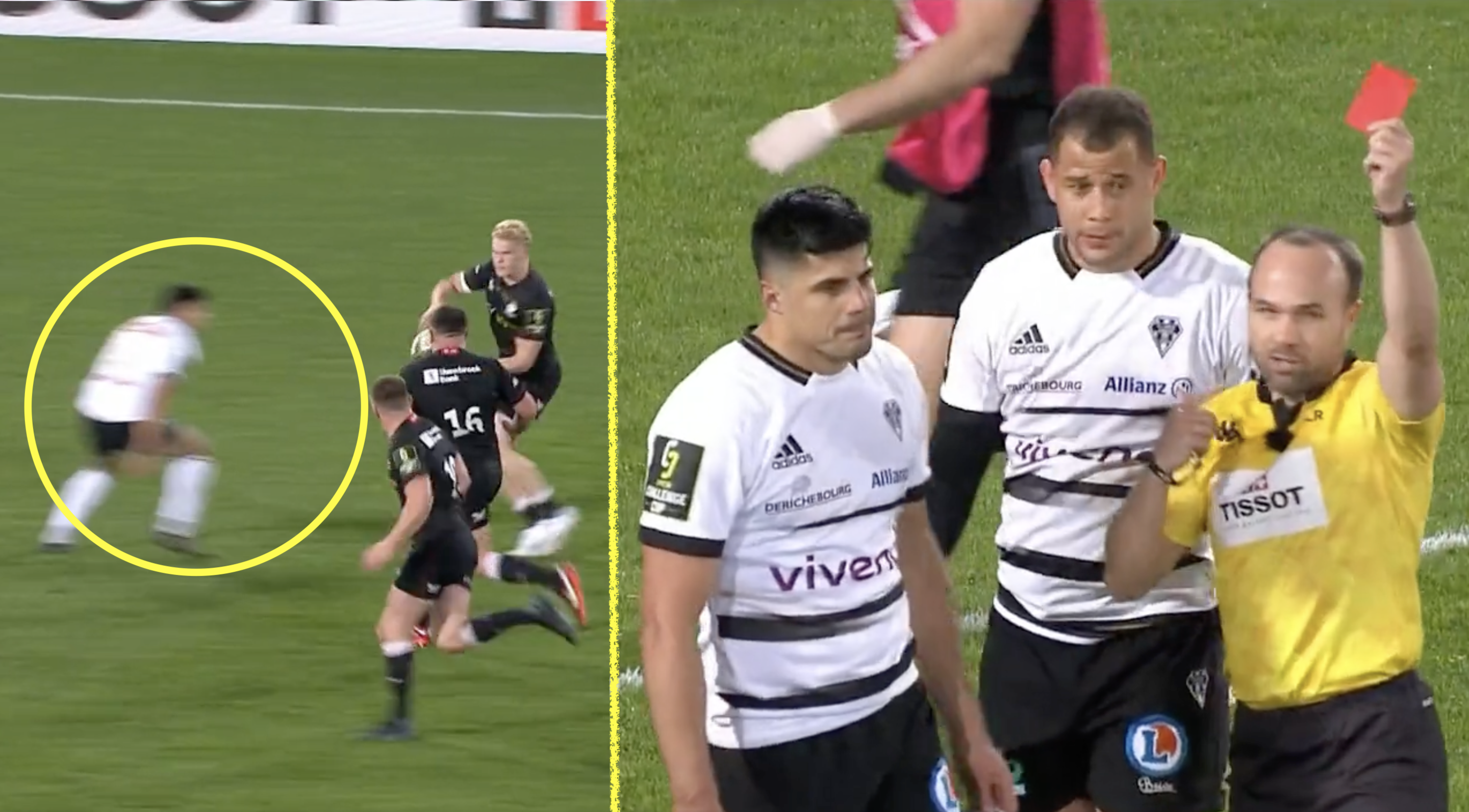 Modern rugby has a lot of debatable yellow and red card calls that split fans, but once in a while there is something that the entire rugby world can agree on. The red card for Brive fullback Axel Muller on Friday night was one of them. In fact, if there was a card beyond a red card, the majority of fans would agree that the Argentine should have received that.

With the English giants already leading comfortably going into the final ten minutes at Brive’s Stade Amédée-Domenech in the Challenge Cup, Saracens winger Ben Harris made a break. With England hooker Jamie George inside him, Harris drew fullback Muller to put his teammate in from 30 metres out.

However, what Harris would not have expected was to be assaulted by Muller just after passing. Now if there is a checklist of things in a tackle that require a red card, the Argentina Sevens international more or less ticked every box. His tackle was shockingly late and even more shockingly high, as he even jumped into the tackle to make contact with Harris’ chin. There was absolutely no mitigation that had already committed to the tackle as Harris attempted to pass, and even if there was, the height and aggression of the hit was absolutely inexcusable. The only thing he did right was he tried to wrap his arms, but he barely did that.

This was the reddest of all reds this season, and plenty of people online have said that the tackle actually borders on assault. A massive ban will be incoming, and questions will be raised if there is not.

The positive is that Harris was not injured, and actually scored the final try of the match to condemn Brive to a 55-5 home loss.

Questions over a red card in Galway, but there’s absolutely no doubt about this decision.

Watch the highlights of the match: