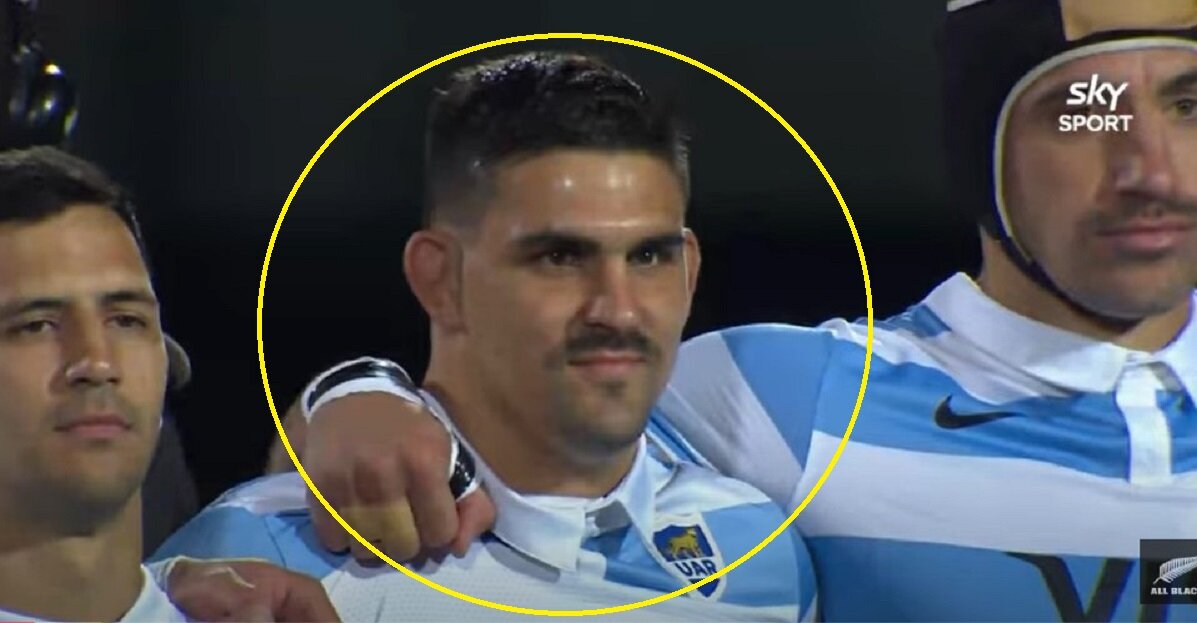 A brave cameraman has caught the moment Los Pumas mentally beat All Blacks psychologically – and it was actually before the match even began.

Like Owen Farrell and Eben Etzebeth before him, Pablo Matera knew that the key to beating the All Blacks is when you face the Haka.

Matera saw his opportunity and he pounced, easily defeating the Haka with a solid star and a slight grin.

In fact it’s the latest damaging blow for the Haka, who Butch James recently admitted made him laugh on occasion. James quite correctly disrespected the Haka on South African TV, admitting that at times he struggled to contain his laughter watching it.

One week later, James’ former teammate Jean de Villiers was on SuperSport in South Africa, and did the exact same thing. First he talked about how much he loved the Haka, then he went on to describe how he was trying not to laugh at it on one occasion as well. His story also concerned Kelleher, but how he slipped one time during the Haka.

In other news, Jacques Nienaber and Siya Kolisi were bitterly disappointed after the defeat although the Bok coach praised the team for fighting back strongly late in the game to bounce back from 25-3 down.

“It was frustrating how many opportunities we created but didn’t convert into points,” said Nienaber.

“It is something that has happened in our last few games, so we will work hard to correct that. We were in Australia’s 22 about 13 times, if not more, and we didn’t come away with points a lot of the time, and when they were in our 22, they used their chances well and got the rewards for it.”