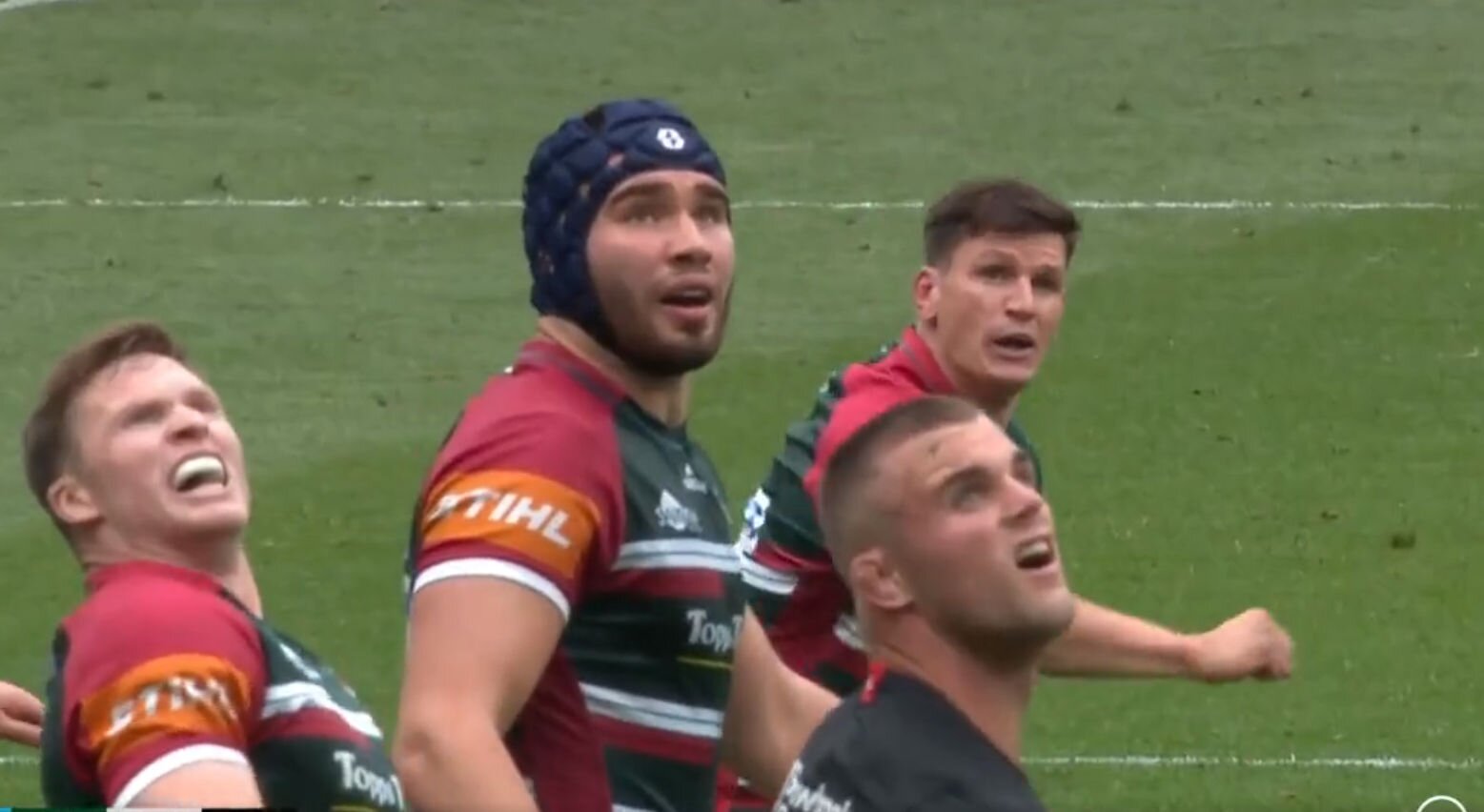 Borthwick, a man that had the majority of the his feeling surgically removed years ago, seemed to sort of put his head down. Basically, he looked stressed. It was a wonderful moment to see this brave man emotionally overcome.

No tears though. No tear ducts you see.

“There’s a lot of growth in this team. The average age is 25 years old. The players are all really keen and want to get better,” Borthwick said.

Borthwick made 102 Premiership appearances for Saracens between 2008-14.

Dan Cole is Leicester’s most experienced Premiership player of all time in terms of appearances with 211. However, Geordan Murphy and Martin Corry both have more playing minutes.

This was the third time that Leicester Tigers and Saracens have met in a Premiership final, having also played each other in the 2009/10 and 2010/11 finals, with the record currently standing at one win apiece; both ties were decided by fewer than seven points.

It was Leicester Tigers’ 10th appearance in a Premiership final, the most of any team; however, it will be their first final in nine years, with their previous nine appearances coming in consecutive years between 2005 and 2013 (W4, L5); they have won three of their last five appearances in the final, including their most recent (37-17 v Northampton Saints in May 2013).

It was Saracens’ 8th appearance in a Premiership final, only Leicester Tigers (10, incl. this season) have reached more; Sarries have won five of their previous seven finals, no other club has won the showpiece event as often.

Saracens have averaged 151 tackles per game in the Premiership this season, more than any other team, also averaging the third most dominant tackles (6.0); meanwhile, Leicester have averaged the joint most turnover-winning tackles this campaign (3.1 also Sale).