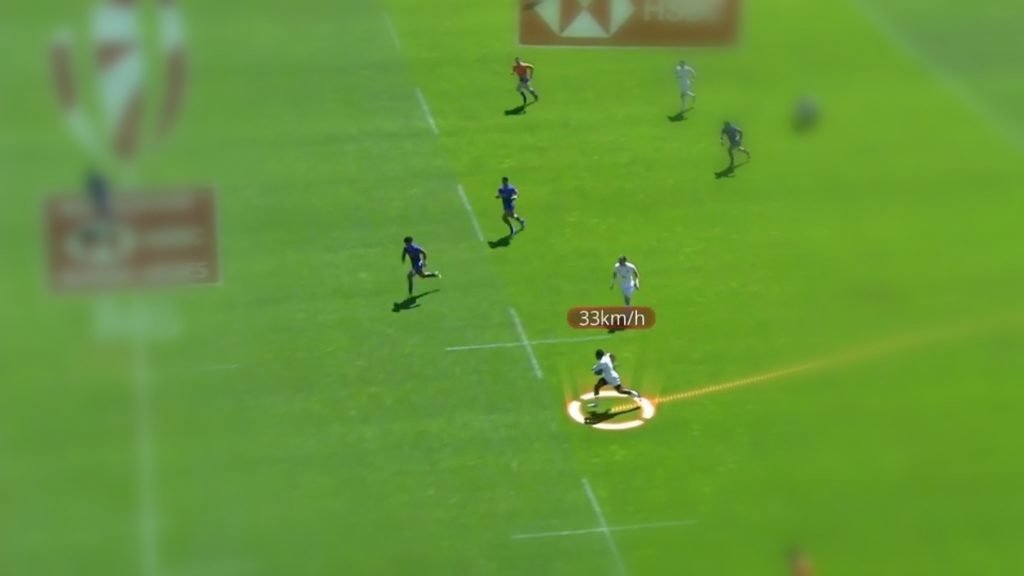 Carlin Isles clocks his fastest time yet this year

Carlin Isles has clocked his fastest time this year at the Paris 7s.

The stage is set for an exhilarating finale to the HSBC World Rugby Sevens Series on Sunday as the top two teams in the standings, Fiji and USA, successfully secured their places in the Cup quarter-finals at the final round in Paris.

Last weekend in London, Fiji overtook the USA in the HSBC World Rugby Sevens Series standings but the margin between the duo sits at just two points.

Alongside booking their own Cup quarter-final place, South Africa guaranteed their presence at the Tokyo 2020 Olympic Games early on the first day of action at a sun-drenched Stade Jean-Bouin.

The final set of Cup quarter-finals this season will see hosts France take on Fiji while the USA will face Kenya. The other two knockout clashes will be between New Zealand and Argentina, while South Africa will take on Samoa.

All four matches will take place from 11:28 local time and will be proceeded by the Challenge Trophy quarter-finals.

Invitational side Ireland will face Scotland in the first of the Challenge Trophy quarter-finals with Spain and Australia making up the second. Japan will line up against England in the third with Wales and Canada completing the line-up.