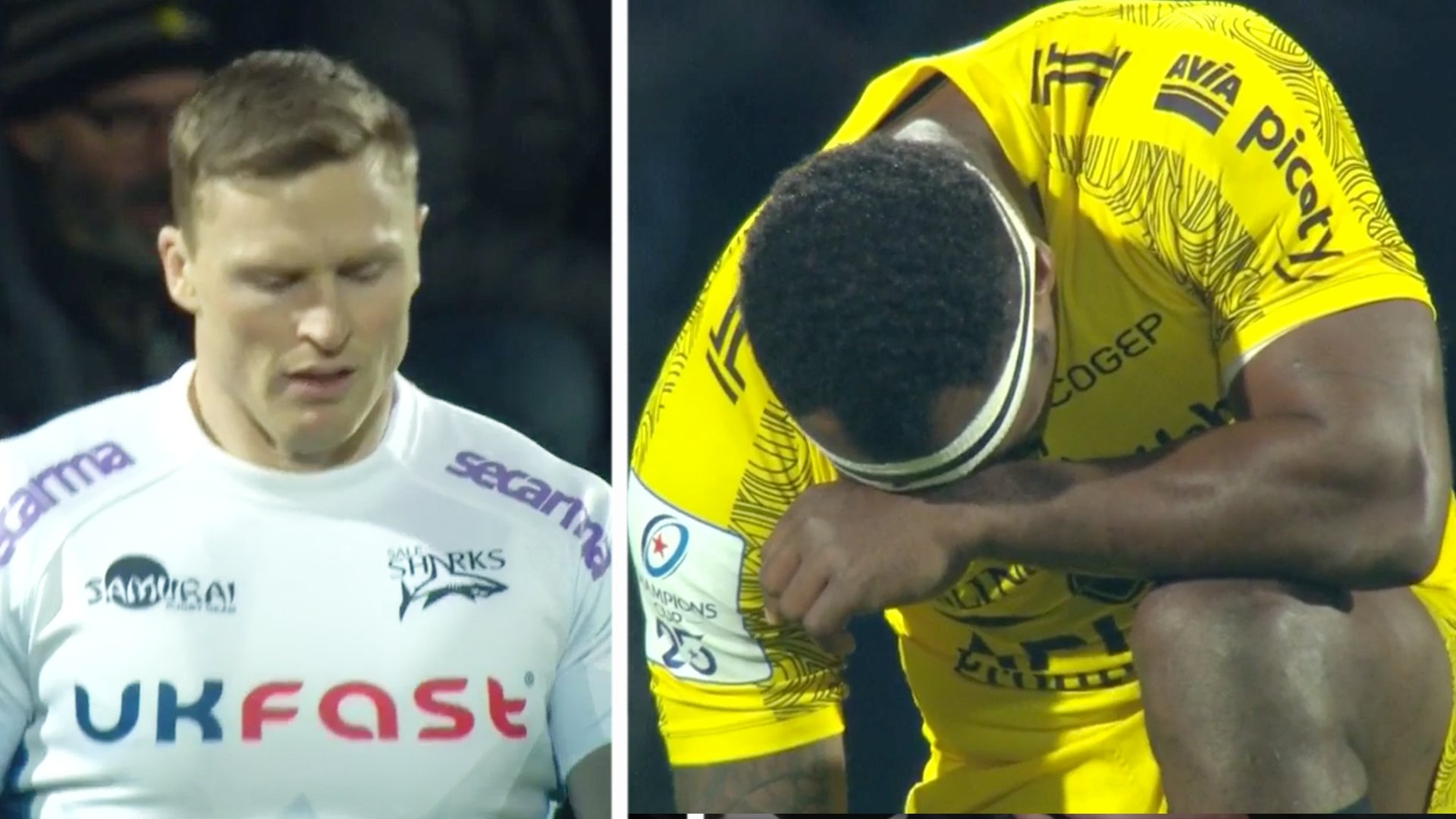 If nobody knows who Levani Botia is, then you will after this video. The Fijian powerhouse destroyed Chris Ashton in this match, he will surely be hiding after this.

We all know Levani Botia to be one of the most aggressive and powerful forwards in World Rugby. This video all but confirms that with some of the biggest hits that we have ever seen!

Botia may have struggled at the Rugby World Cup but that was mainly because of a poor backline that let him down. This was special.

Sale have been involved in some strange news recently, with claims that Eddie Jones wants Ben Curry to play at 9…

The Fijian, who was playing at 12 last night was in fantastic form for La Rochelle as they beat Sale 30-23.

Sale’s hopes of progressing to the European Champions Cup quarter-finals came to an end as they were beaten 30-23 by La Rochelle.

Tries from Tevita Railevu, Tawera Kerr-Barlow, Geoffrey Doumayrou and Gregory Alldritt, along with 10 points from the boot of Ihaia West, secured a bonus point victory for the hosts.

Jean-Luc du Preez and Curtis Langdon scored Sale’s tries at the Stade Marcel-Deflandre, with AJ MacGinty and James Williams kicking 13 points between them.

Botia is known by many people as being one of the most destructive people in rugby, with his massive hits and carrying putting serious fear into some players.

Ashton had a great game for Sale Sharks once he went on but it was clear that Ashton was going to struggle to avoid the big hits from this man.

Chris Ashton will be sure to go into hiding after this match as he thinks that Botia will be on the hunt for him!

Here is a video showing the massive hits that he put in this match!