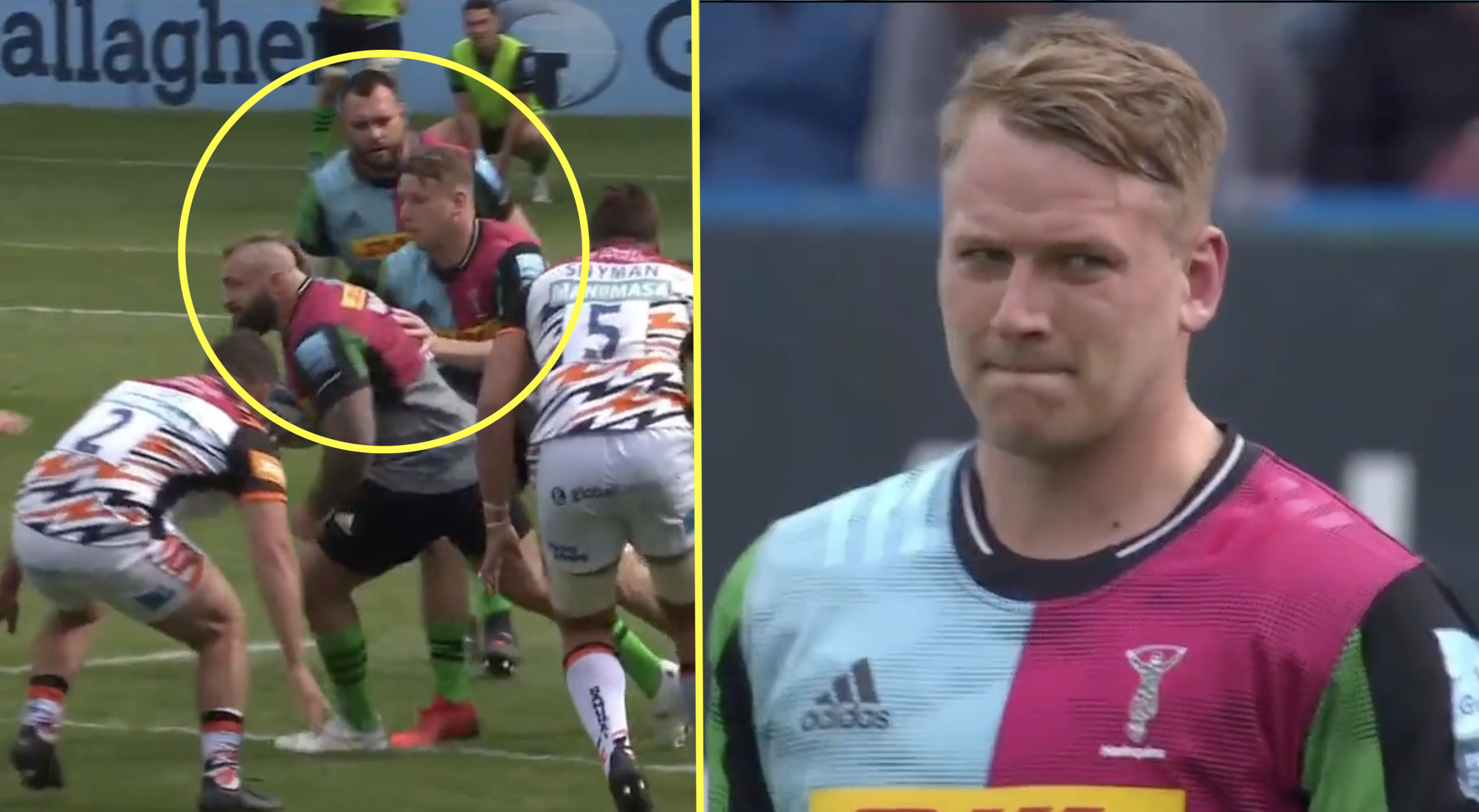 Leicester Tigers’ Calum Green looked as though he was going to be in big trouble at the Stoop in the first half against Harlequins when he made clear contact with the head of Joe Marler with his shoulder.

The lock was staring down the barrel of a red card on 35 minutes when he slung his left shoulder into the face of the England loosehead. Referee Wayne Barnes looked and the tackle and it looked like goodnight Vienna for the Tiger. However, on closer inspection, Barnes saw that Marler’s teammate Alex Dombrandt actually pushed him into the contact. This accelerated Marler into the collision, and this is something that World Rugby are trying to clamp down on.

As it turned out, this actually resulted in a penalty against Dombrandt- something that very few people expected.

Barnes explained his decision to Quins captain Stephan Lewies, saying: “What’s caused that incident is Dombrandt pushing Marler. That’s accelerated everything and that means Green’s got no chance to adjust. The penalty is against Dombrandt, that’s the danger and the penalty is against Quins.”

The headshot from Green is made irrelevant as World Rugby want to clamp down on players pushing their teammates into contact!

Going into the match, Harlequins head coach Tabai Matson said:
“It is always a fantastic arm wrestle when teams have contrasting styles and the way that Leicester play and the reason they have been so successful is that they are very good at what they do.

“They are very pragmatic and it will be a tough day for us if we aren’t on top of our own performance. We’re looking forward to playing the Harlequins Way against the league leaders. It will be a fantastic challenge for us.

“Off the field this weekend, this team and club is incredibly proud to be celebrating Seb’s Foundation. This is a cause particularly close to all our hearts and we cannot emphasise enough what a fantastic job the Foundation and Seb’s Mom does raising funds to give young people opportunities they otherwise wouldn’t have had.”