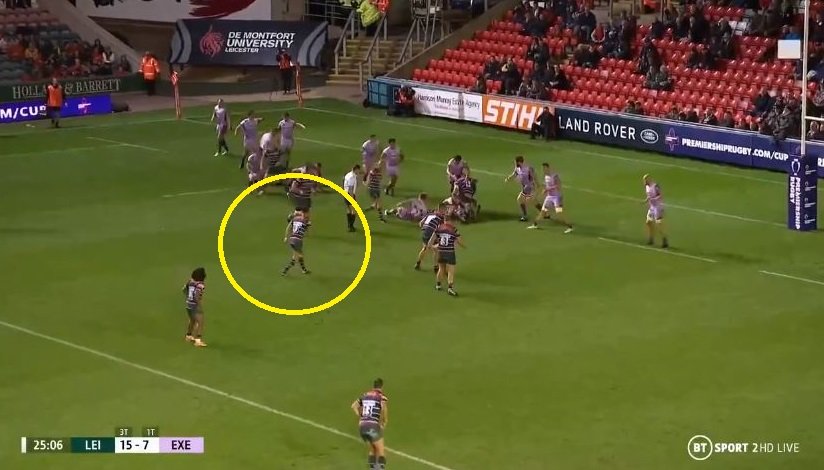 Reid, 28, has played at fly-half and centre in a century of appearances during seven seasons at Leinster.

Capped by Ireland in 2014, he began his rugby career with St Michael’s College and Clontarf before making his provincial debut in September 2012.

Former Ireland centre Gordon D’Arcy once described him as one of the best passes in the game and you can see why.

Who else enjoyed Noel Reid’s debut for the #TigersFamily 🐯 in our last outing at Welford Road❓pic.twitter.com/iKARoo4kLL

Reid said: “I’m very excited to be joining a club like Leicester, with its history and success in the game, and to become a Tigers player next season.”

“I’ve enjoyed my time at Leinster and it will be sad to leave the club, staff and players at the end of the season, this place will always be special to me.

“To call Welford Road home and to be a part of what they are building under Geordan Murphy is going to be great and I’m looking forward to contributing alongside the rest of the Tigers squad.”

Leicester Tigers head coach Geordan Murphy said of Reid upon signing that: ““I’ve been aware of Noel’s qualities for some time in a very successful Leinster set-up and I’m very happy to be able to bring him to Welford Road.

“He is a natural footballer and a versatile player who has worked with top-class players at Leinster and Ireland.

“That experience will be very important to us over a tough and competitive season, and we look forward to seeing both players’ influence within the squad here.”