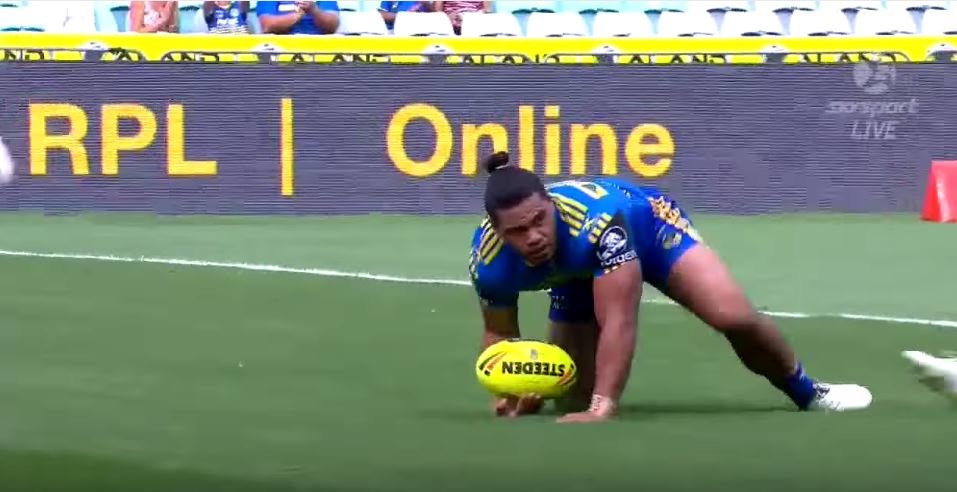 Rugby Onslaught always thought – rather naively that the term ‘ankle breaker’ was hyperbole. Well this below video from an NRL match earlier in the year shows it’s anything but.

Ryan Papenhuyzen literally gets his ankles shattered by a jump-step from the on rushing attacking player – Parramatta winger Greg Leleisiuao.

Apparently Leleisiuao is no stranger to boosting sick moves, and was renowed for his Hip Hop dancing before turning his talents to League.