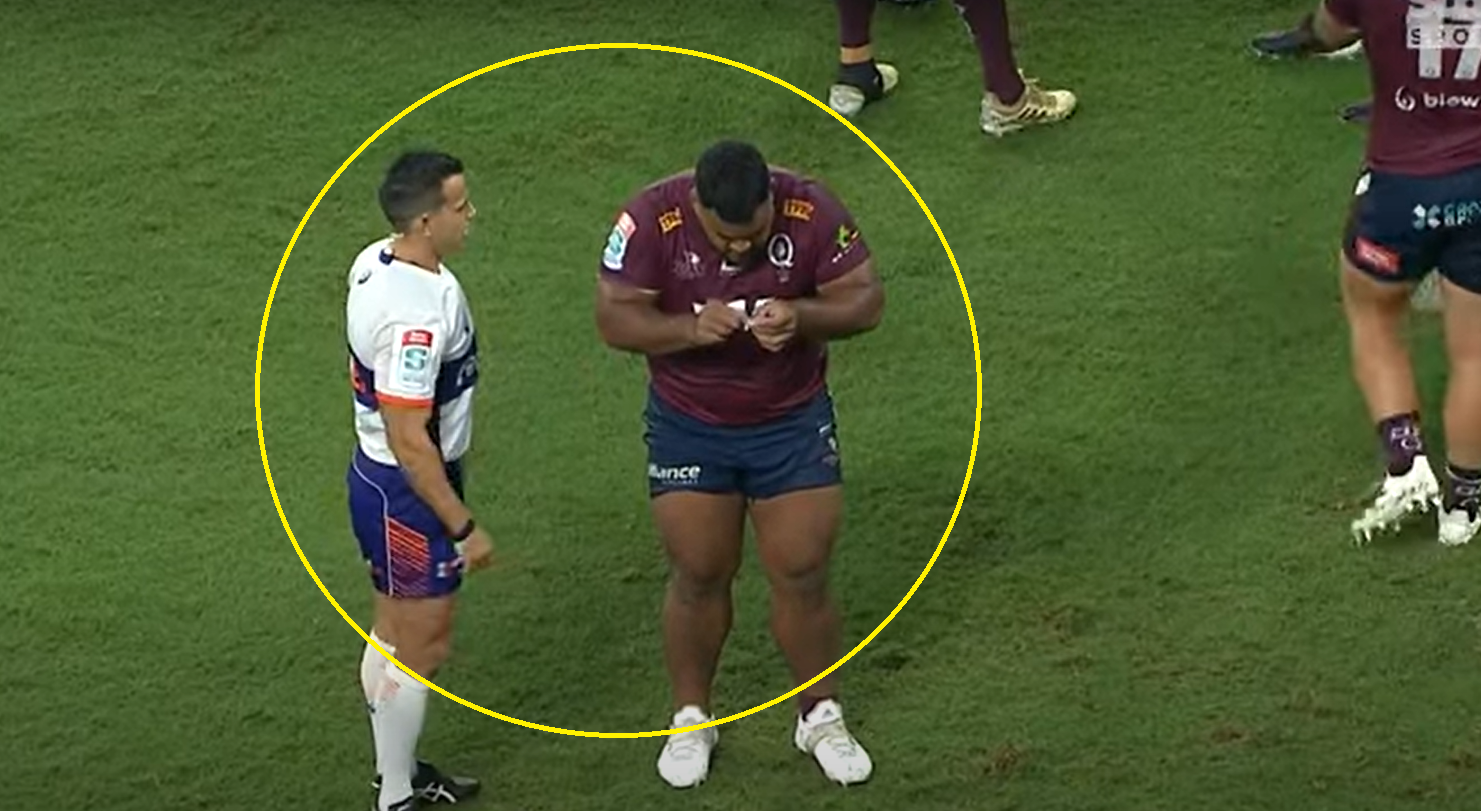 We may not ever know why Taniela Tupou made this call but we know that he did make it. Eagle-eyed commentators and the cameraman picked up on it. The prop wasn’t wearing a sock on his right foot.

Surely this was a recipe for disaster. He’s not on holiday in Italy, he could get blisters doing this surely?

One Youtube poster suggested ‘I am 90% sure it is due to the socks being too tight for his calves’. That seems plausible as his calves are massive.

Tupou grew up in Tonga but moved to Auckland to join Sacred Heart College on a scholarship in 2011 after touring New Zealand with a Tongan U14 side.

He first joined Queensland in 2014 and quickly established himself as a Super Rugby star, after taking home the Player of the Season at the 2018 Rugby Australia Awards.

In 2019, Tupou put pen to paper on a new four-year deal with Rugby Australia and the Queensland Rugby Union (QRU) to extend his stay at the Reds.

The ‘Tongan Thor’ will now remain on Australian shores until at least the end of the 2023 season, in a deal that secures his eligibility for the 2023 Rugby World Cup in France.

Tupou was invited on the Wallabies 2016 Spring Tour as a Development Player before earning his first Test cap against Scotland at Murrayfield the following year.

Watch this clip and tell us what you think…

Here’s an interesting stat for you: Exeter Chiefs (55%) and Bath Rugby (53%) have spent a greater percentage of their time in possession of the ball than any other sides in this season’s Premiership; however, while Exeter Chiefs rank second in terms of percentage of time spent in opposition territory in this season’s Premiership (53%), Bath rugby rank fourth from last (46%).