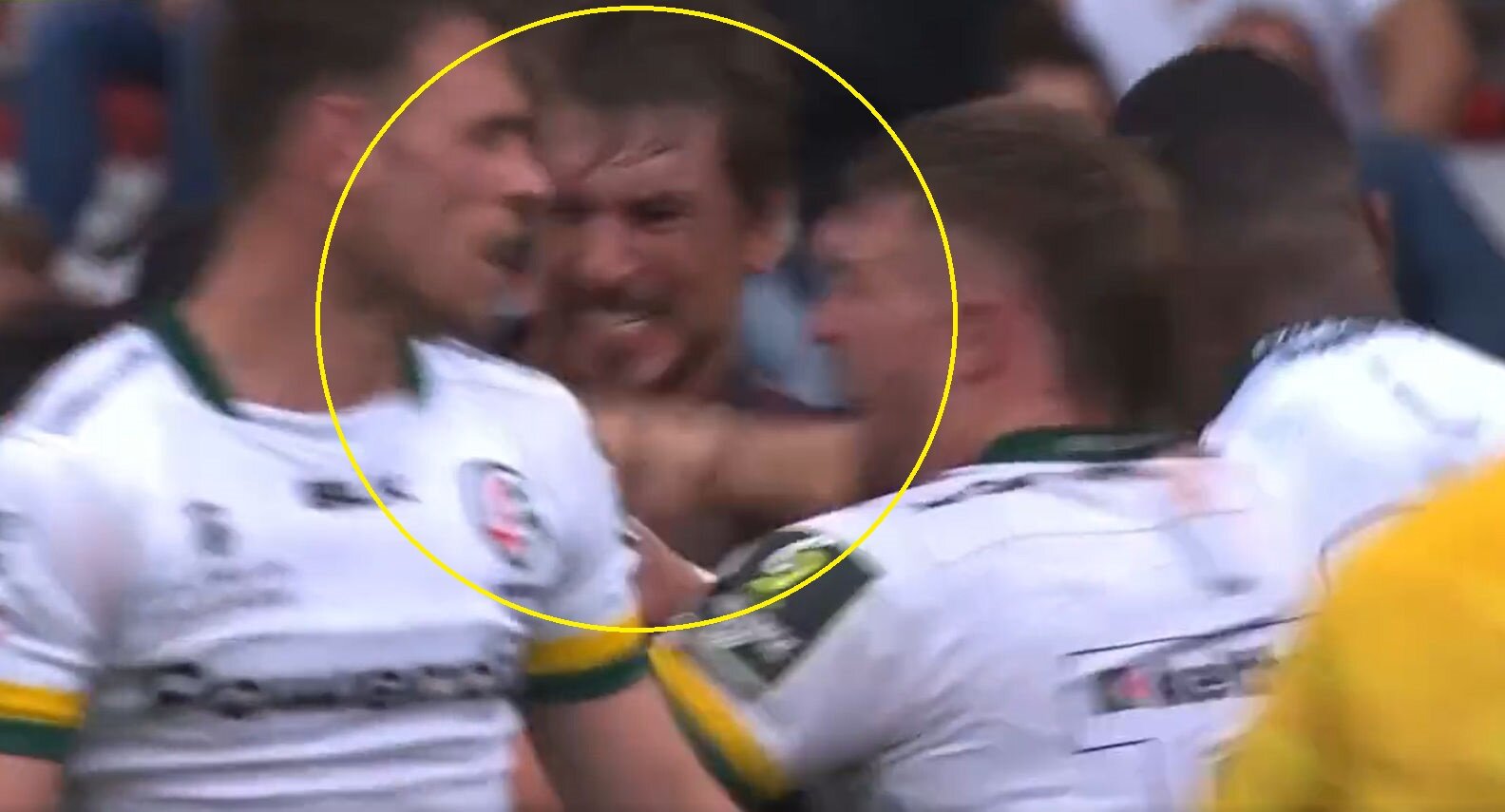 An uncalled-for attack on Springbok legend Eben Etzebeth has been condemned, after footage of the ugly incident was caught on cameras.

Agustin Creevy can clearly be seen attacking pulled Etzebeth’s hair in Sunday’s game [see video below] between London Irish and Toulon in France.

After tangling with Etzebeth, which was completely fair enough, Creevy then grabs the South African by the hair, which is seriously not cool in rugby as we all know.

‘This should have been red for Creevy’ suggested Saffas Abroad on Twitter.

It’s hard to disagree that it’s one of the most pathetic things you’ll see.

Do you think there should be red cards for hair pulling?

The incident against London Irish reminded us of this incident against the Wallabies. You’ll all of course remember how Etzebeth man handled Israel Folau after he pulled Dillyn Leyds hair. Check out the vision below.

This should have been red for Creevy.

In other news, Rugby Australia and Brumbies Rugby are proud to announce flyhalf Noah Lolesio has re-committed to Australian Rugby until the end of 2024.

The 22-year-old rose through the Australian rugby pathways to earn his Wallaby debut in 2020, having steered the Brumbies to a Super Rugby AU title in his maiden season in the professional ranks.

He has since gone on to make 29 appearances in Brumbies colours, as well as nine appearances in Wallaby gold, with seven of those starting in the number 10 jersey.

Born in Auckland but raised on the Gold Coast, Lolesio relocated to Canberra straight after graduating from The Southport School, where he cut his teeth at the Tuggeranong Vikings and Canberra Vikings in the John I Dent Cup and National Rugby Championship respectively.

A member of both the Australian Schoolboys and the Junior Wallabies, he started at inside centre in the side that fell agonisingly short in the 2019 U20 Rugby World Cup final.

Wallaby number 934, last year, Lolesio helped the men in gold secure their first home Series win since 2014, with his two penalty goals in the first and third Tests against France proving the difference.

Wallabies and Brumbies flyhalf, Noah Lolesio said: “I’m really grateful to be able to re-sign with Rugby Australia and the Brumbies.