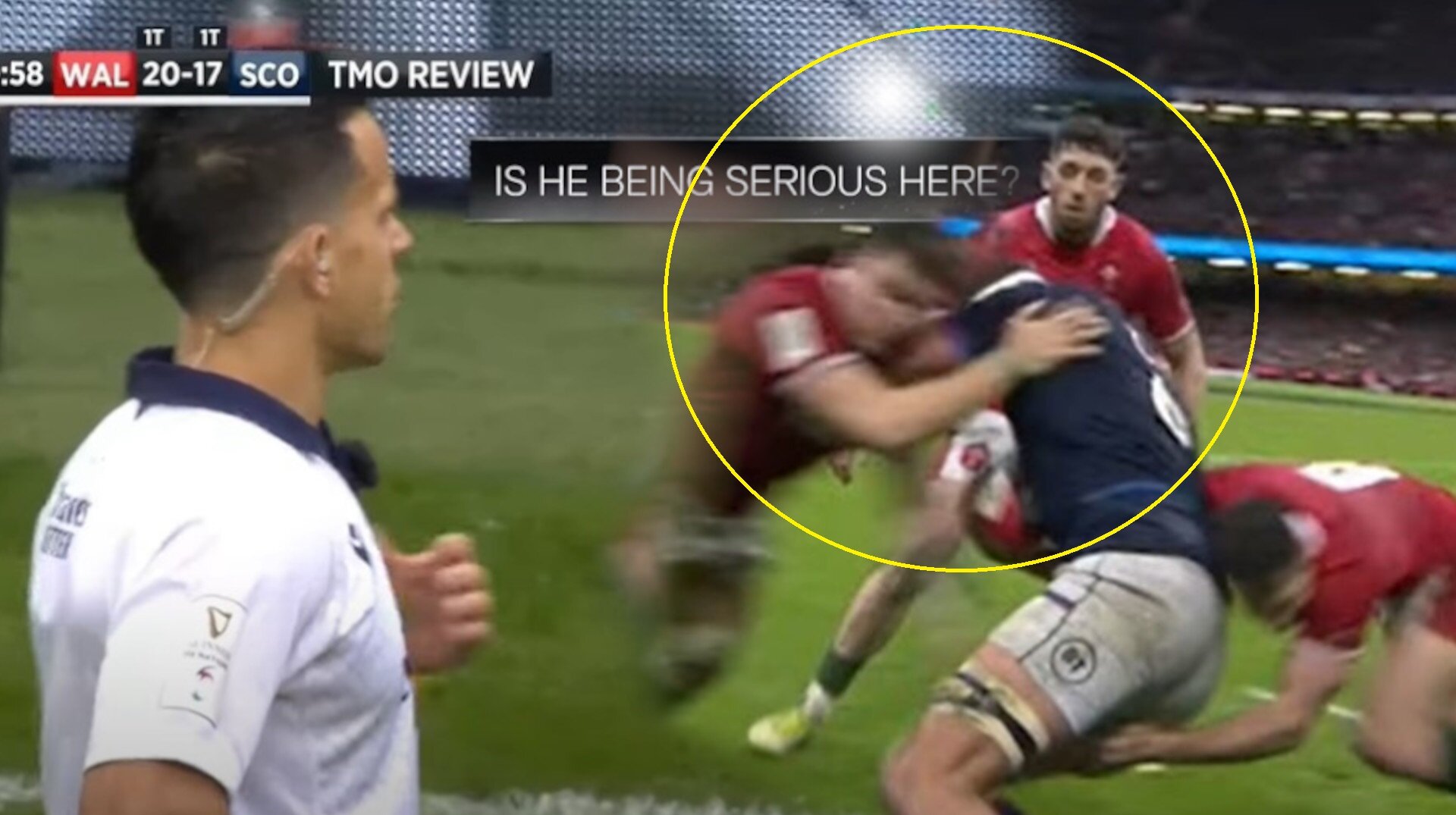 Springbok fans – like the elephants they love shooting – have long memories. And when they saw referee Nic Berry in charge of another big rugby game, it was like a red flag to a bull.

They see him as Lord Rassie Erasmus’ arch-nemesis for some reason, simply because he was bullied by Rassie. So he’s at fault for that some reason. Victim blaming basically.

So they’ve made another video and they gutted his performance during Wales versus Scotland.

One call, in particular, is upsetting them. The failure to red card a player for a high tackle. But in fact they’ve broken down a tonne of decisions.

Tas Analytics wrote: “Oh dear, another refereeing controversy where Nic Berry is involved. Who would’ve ever guessed that? I’m sick and tired of refs like him who makes mistake after mistake, but never gets punished. Instead, he gets praised and wins awards because of his so called “bravery” for going against Rassie.

“I’m sure Scotland fans were angry after that game because it was a disgrace in refereeing. This is getting out of hand and World Rugby needs to step up. I have no idea how Nic Berry thought Fin Russel made no attempt to go for the ball, it was clear to everyone except him. It’s one thing if you just penalize him, I still think that would’ve been very harsh. But to take it a step further, and give the guy a yellow card, that is an absolute joke. Even Nigel Owens said he thought Russel made a genuine attempt at the ball and it should’ve been a knock-on. But Nic thought that had to be a yellow, that is disgraceful.”

“Then the next one where the Wales player clearly delivers a shoulder to the head, which is yellow card every single day of the week. But Nic just goes on and makes his own story of it being not dangerous and just penalty worthy. It’s just a joke.

“So the question is simple, Will World Rugby punish him for being bad, or will Nic go and cry to get more attention? I think we know what’s going to happen judging by World Rugby’s track record.”