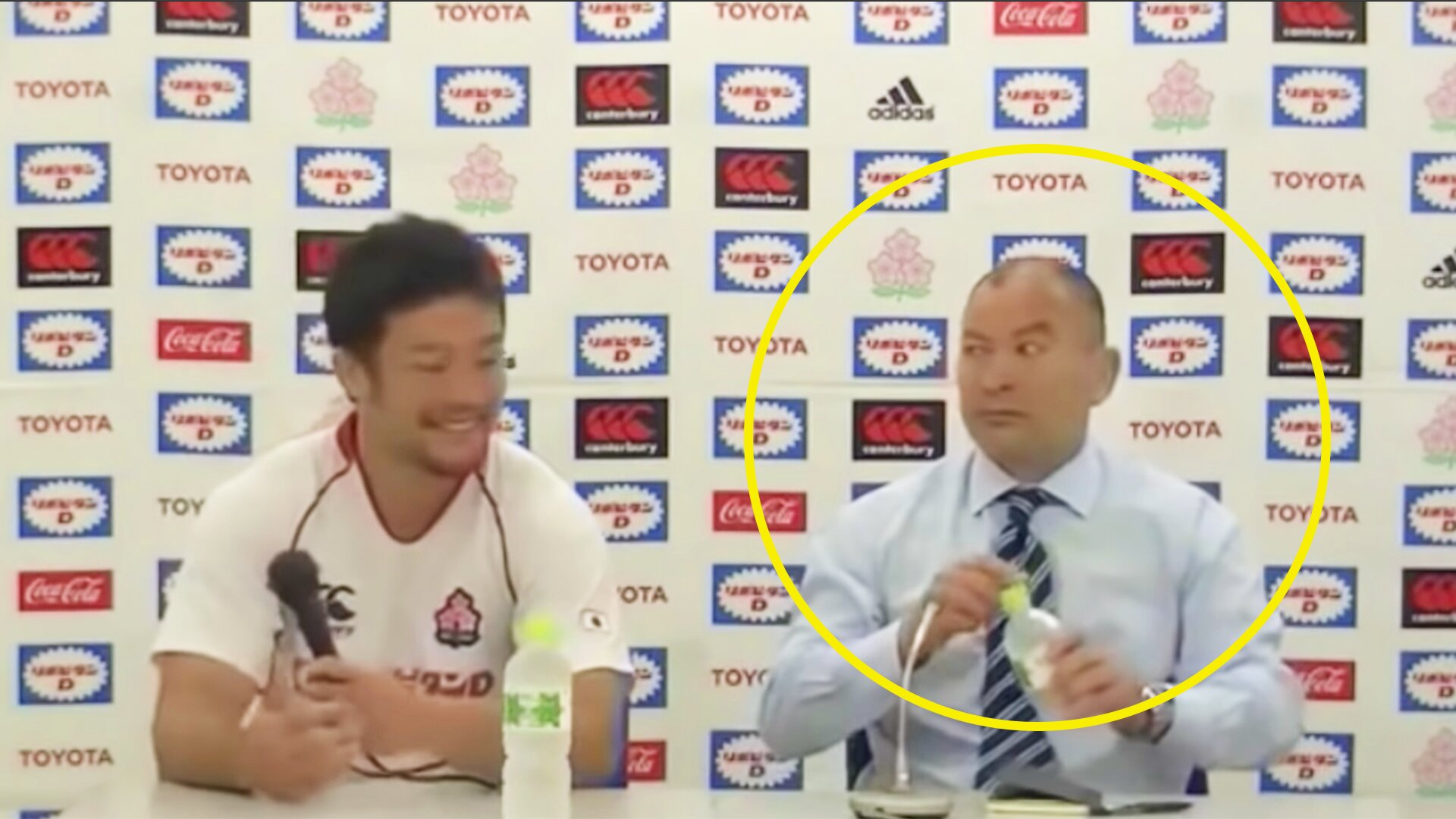 Rugby Coaches don’t freak out often – but when they do it’s EXPLOSIVE.

This compilation shows the times when managers in rugby lose the plot and it’s brilliant to watch.

There’s a strange joy in watching someone getting savaged as we watch from a safe distance. It’s fair to say – we would not want to be on the end of some of these verbal tongue-lashings.

There are some sensational clips in this montage with some of the biggest names in rugby featuring including Eddie Jones, Martin Johnson and Bernard Laporte.

watch the savage freak out video below

England rugby coach Eddie Jones features heavily in this video in a number of his coaching roles.

One clip shows him in a post match conference with the Japan skipper following a loss to the French Barbarians.

The Japanese captain smirks after a question from a reporter and that is enough to make Eddie Jones go NUCLEAR.

The Rainbow Nation of South Africa will not be witnessing a World Cup on home soil in the near future. Following the unsuccessful World Cup 2023 bid, the South African Rugby Union will not hand in a bid to host the 2027 or 2031 World Cup tournaments.

According to the Afrikaans newspaper Rapport, SA Rugby can no longer afford to host the tournament, therefore it wouldn’t make sense to bid.

#SPOTLIGHT: Why South Africa is not bidding to host the @rugbyworldcup!
🗣️”The government will not currently be able to secure the guarantee of R2-billion,”#rugby #news #WorldCuphttps://t.co/nhriqKanOv

In 2017, South Africa was the prefered candidate to host the 2023 World Cup ahead of France and Ireland.

However, in a very dramatic and controversial move the World Rugby Council voted for France, who received 24 votes compared to South Africa’s 15 in the second round of voting. Ireland were eliminated in the first round.

“The government will not currently be able to secure the guarantee of R2-billion, which was last required by World Rugby,” a source told Rapport when asked if SA Rugby could bid again.

“Not now with the state of the economy, and especially not with what the economy will look like after the Covid-19 pandemic,”

Thus far, SA Rugby has handed in bids to host 2011, 2015 and 2019 tournaments and were unsuccessful on all occasions.