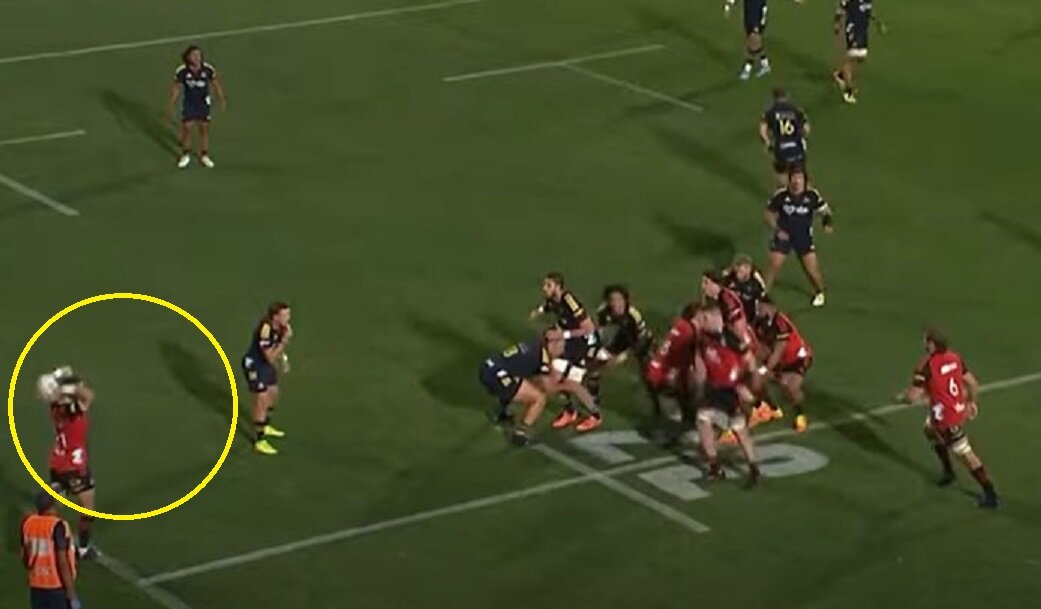 Crusaders get comeuppence for letting scrumhalf throw in at lineout

What were the Crusaders thinking, letting a scrumhalf throw-in at a lineout? With their reserve hooker yellow carded, the brave Crusaders had to look for an alternative in the final minutes against the Highlanders. Bryn Hall stepped up to the plate and this was the result.

They paid the ultimate price for the outrageous decision.

Hall was the starting halfback in the Crusaders’ historic match against the British and Irish Lions in 2017, and scored four tries during that season, including the opening try in the Crusaders’ Semi-Final victory over the Chiefs in Christchurch.

Back in 2018, the former New Zealand Schools’ Captain said the Crusaders environment was the best fit for furthering his rugby career. He must surely be questioning that now that they are trying to convert him into a hooker?

The proof of this particular rugby pudding was in the eating and it had far too many calories.