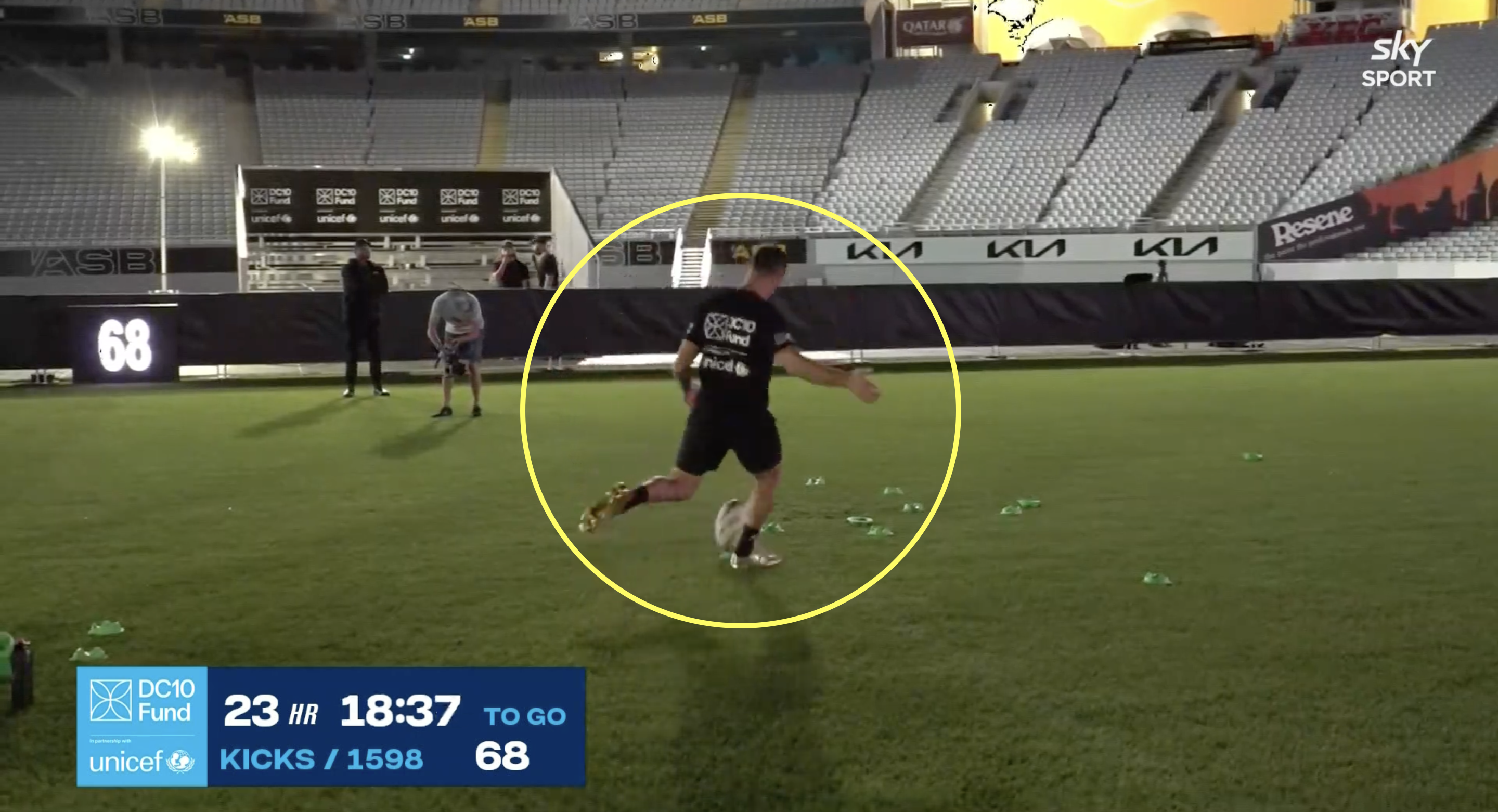 All Blacks legend Dan Carter is underway with his 24 hour kicking challenge in partnership with UNICEF Aotearoa New Zealand.

The 40-year-old is taking on the challenge of trying to kick 1598 goals (the number of Test points he has) at Eden Park to raise money and help provide essential clean water and sanitation for children in the Pacific. He has been joined by some legendary All Blacks along the way, including Grant Fox and Beauden Barrett, who have taken a few kicks themselves.

At the time of writing, Carter has been kicking for just under two hours and has completed 117 kicks, converting all but one with a success rate of 99 percent. He has also raised over $40,000.

This is what is written on Dan Carter’s website, where you can also donate:

“Rugby legend and UNICEF Aotearoa Ambassador Dan Carter has launched the DC10 Fund, in partnership with UNICEF. On 7th–8th April Dan will be returning to Eden Park to kick for 24-hours straight, to raise money for UNICEF’s work to provide essential clean water and sanitation for children in the Pacific.

“Across the Pacific, water and sanitation-related diseases are one of the leading causes of death for children under the age of five. UNICEF is working in some of the most remote and challenging areas to deliver clean water and sanitation to 134,000 children in Kiribati, Solomon Islands and Vanuatu.

“The 24-hour Kickathon will support UNICEF to give these children in the Pacific the best start to life.

“Following his retirement, Dan’s fans have been eager to see him back on the field. However, Dan’s future focus is on leadership—mentoring the younger generation and generally being more philanthropic.

“Continuing with his partnership with UNICEF, Dan is taking things a step further by setting up his own fund in collaboration with the organisation.”