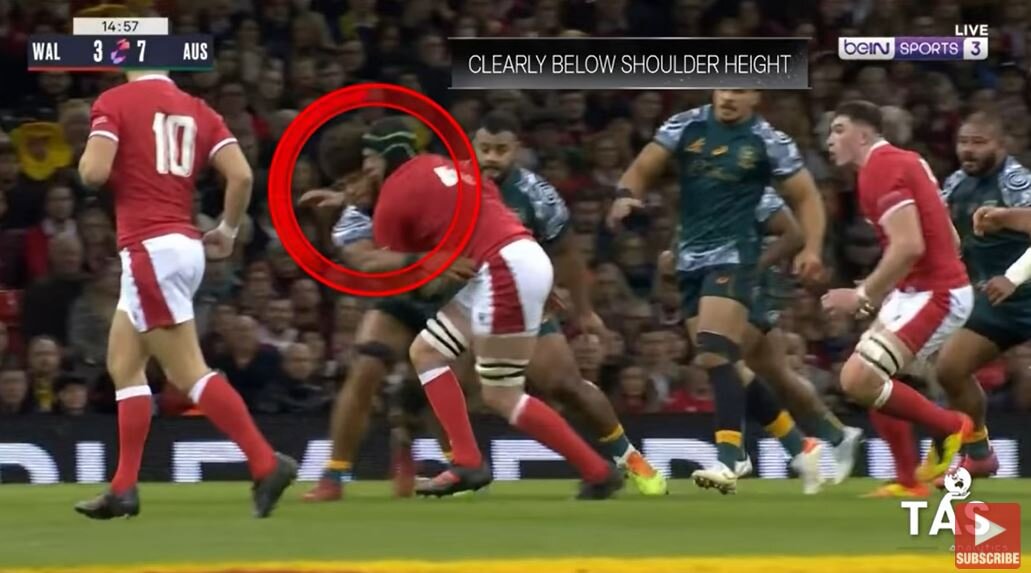 Dangerous sodium levels as video claims red ‘not even a penalty’

This is the best one yet from TAS Analytics, who we are unashamedly big fans of. The video claims the red card hit on Adam Beard, which left him with blood coming out of his face, ‘wasn’t even a penalty’.

It claims it was shoulder to shoulder contact first, and that the head contact was incidental and accidental.

The video titled: “Northern Hemisphere Refereeing Strikes Again | How was this a Red Card?” explores the decision in detail.

Mr TAS then says: “I have no idea how Northern Hemisphere officiating can be this bad. Combine a NH ref with Marius Jonker, and you’ll get decisions like this one. How on earth was this even a penalty? Rob Valentini makes a perfectly legal tackle, but clashes his head with the ball carrier in something that was clearly accidental.

“I have no problem if you argue it was bad technique, but it doesn’t make it an illegal tackle. His head positioning was poor, but you could argue the same about the ball carrier who was running very upright and asking to be hit. But Mike Adamson believed otherwise, he saw that and really believed that was a Red Card. I don’t know how you can come to that conclusion.”

We’ve got news for you Mr TAS, intention is no longer part of the refereeing decision.

Anyway, what do you think? Is Mr TAS right here, was this a red, a yellow, a penalty or not even a penalty?

MEANWHLE: “This was a spanner in the engine,” said Boks head honcho Jacques Nienaber. “It would have been lovely to end the year with a win.

“That’s the third time this year that we have lost the game when we’ve been leading by one or two points at 78 minutes, so it’s very disappointing. It’s something that we’ll have to look at and improve on.

“I told the team in the change room afterwards that they’re better than our winning percentage this season (62%), which is skewed by the loss of those close games.”