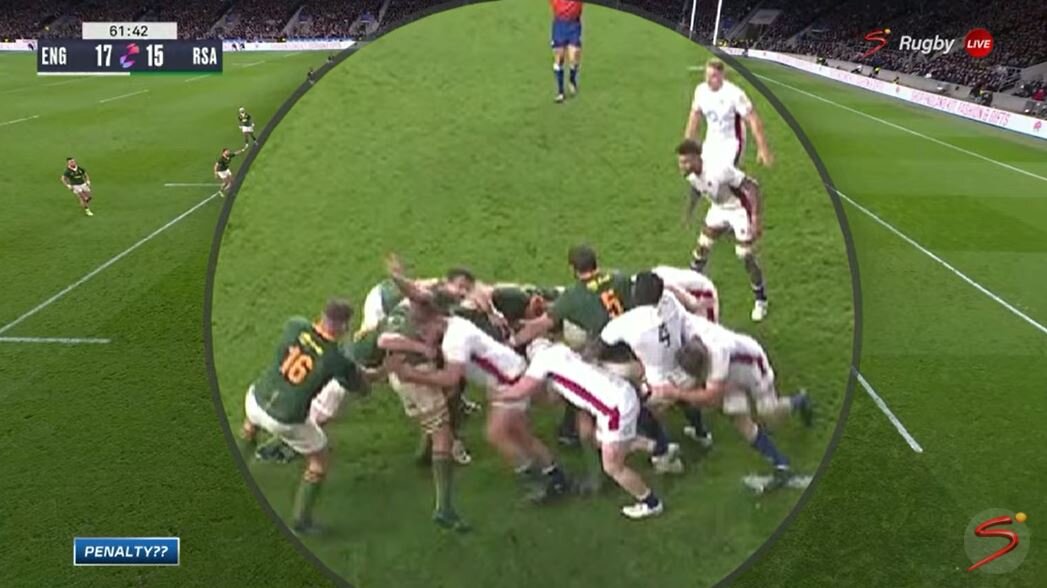 ‘Don’t tell me they missed it!’ – SA TV pundits tear into officials

South African pundits Swys de Bruin and Jono Mokuena have laid into the refereeing performance of Andrew Brace and his refereeing team after the Springboks’ loss to England on Saturday at Twickenham.

Speaking on SuperSport after the 27-26 loss, de Bruin presented a string of penalties that he felt the official missed, including a tackle on the ground, a potential penalty try and an illegal entry to a maul, whilst simultaneously failing to recognise the fact that the Springboks may have been able to get away with plenty of unnoticed illegal activity in the match as well.

It is not very often that a team that were awarded 18 penalties in a match complain that there should have been more, but de Bruin is adamant that England got away with a lot, and both he and Mokuena said that action must be taken. He slammed the assistant referees on a number of occasions for not helping Brace:

“Guys, you want to tell me the [assistant referee] that is stood there on the try line did not see Maro Itoje’s hand there?

“I know Kwagga [Smith] did not score the try, but that is a penalty try in my book. That is a sanction, it is a yellow card, a penalty try, go off Itoje, you can’t do that. Don’t tell me now all the officials again missed it?”

A maul later in the match also enraged de Bruin: “Now what you’ll see now is the lifter is Eben [Etzebeth]. Now you cannot touch the guy that lifts the jumper, who is Lood de Jager, before he’s on the ground. Now the ref, I don’t mind him, but Angus [Gardner] is standing there on the sideline, the assistant referee, you want to tell me he did not see that?

“Now that is just another yellow for [England], because you can’t do that.”