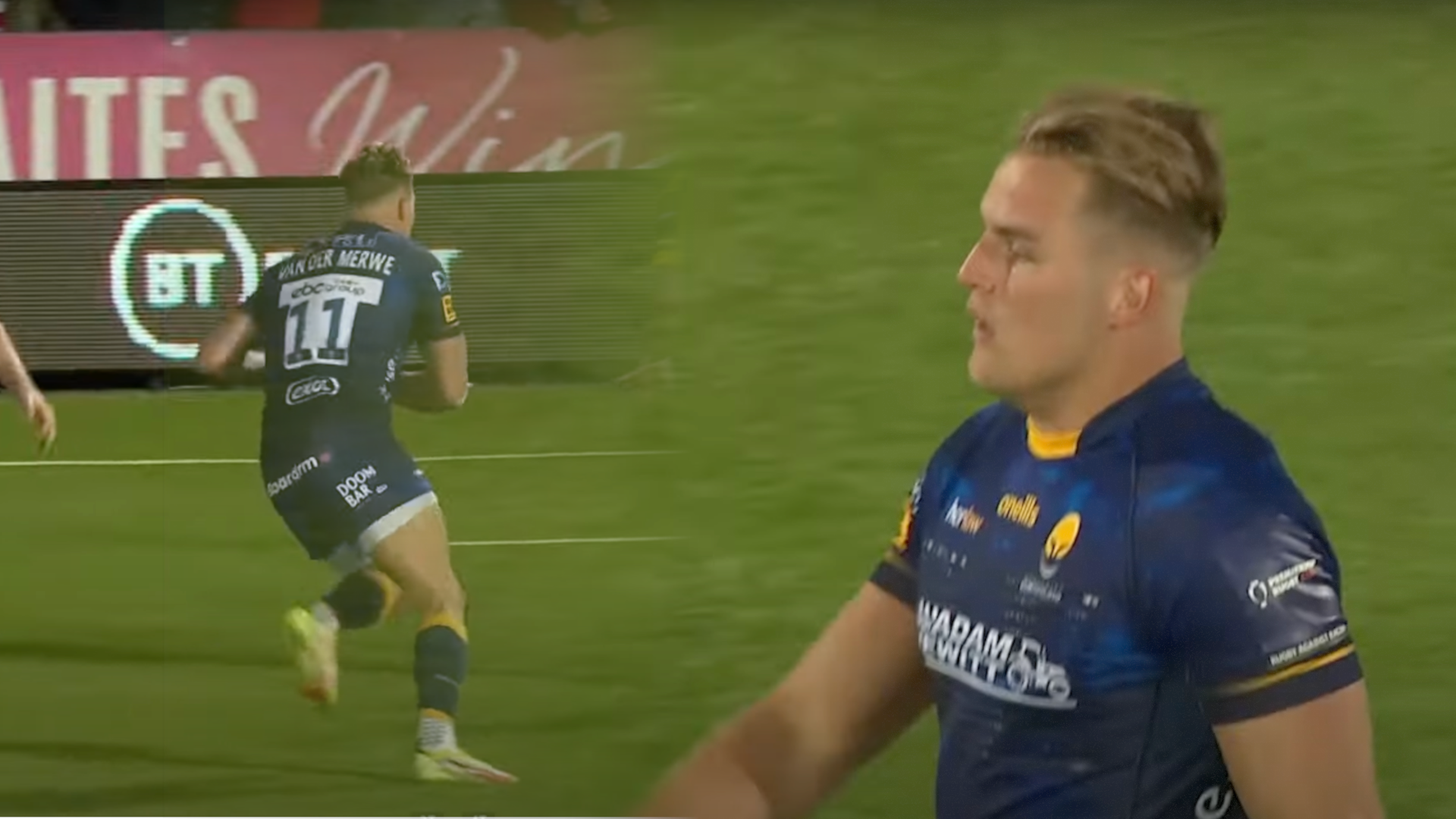 The main benefit of being a winger that is the size of most forwards is that you are not afraid to carry the ball into the pack when needed. So being 106kg and 1.94m certainly helped Worcester Warriors’ Duhan van der Merwe for his try against Gloucester yesterday.

The Scotland wing had quite an eventful game at Kingsholm on Wednesday in the Premiership Rugby Cup, producing a try saving tackle and assist to go with his try. And this was a try that very few wingers on Earth could score.

After taking a short ball off a lineout in the Gloucester 22 in the second half, van der Merwe was able to evade the clutches of winger Alex Morgan, who was held up by the Scot in the first half, before running into the heavy traffic of the pack. However, the Gloucester tight five were no match for the 2021 British & Irish Lion, who bulldozed his way through tighthead Jamal Ford-Robinson, hooker Henry Walker, lock Cameron Jordan and scrum-half Stephen Varney as well for good measure.

This was all on the way to Worcester winning the match 39-25 and booking their place in the final against Gloucester.