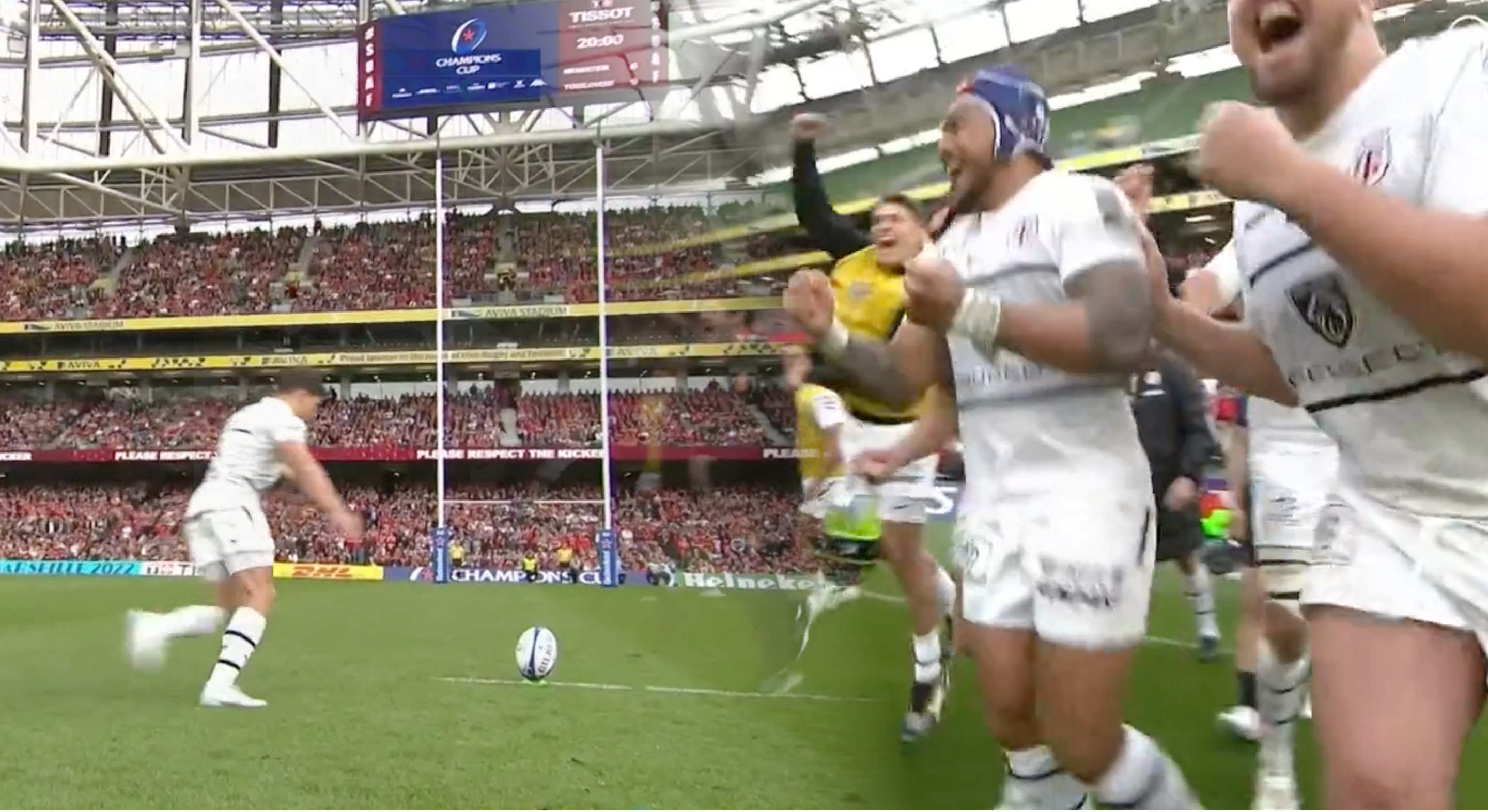 After 13 years of waiting, fans of the Heineken Champions Cup were treated to a penalty shootout again after Munster and Toulouse finished 24-24 after 100 minutes of action at the Aviva Stadium.

A penalty shootout was always going to be epic, and this one did not disappoint, although it was a slightly different format than the epic shootout between Cardiff and Leicester Tigers in 2009.

Unfortunately for Munster, Healy missed both kicks and Murray missed his from 40 metres out, while the French outfit were imperious with their kicking boots.

After Murray had missed, Dupont stepped up to produce what would be Toulouse’s final kick of the match. Even though he is not a recognised kicker, there was little doubt that the reigning World Rugby player of the year was going to miss. The No9 dissected the posts, and then pulled off the ultimate flex immediately after. The 25-year-old stared straight down the camera as he walked back to his team with the same steely glare he has become synonymous with. Despite the immense pressure, Dupont was emotionless as ever, and guided his side to the semi finals in their pursuit of retaining their title.

Healy missed his kick immediately after, meaning neither Ramos nor Ntamack needed to kick again, which is perhaps fitting as Dupont is so often the player that turns up when it really matters.

It almost never happens in rugby…

Munster and Toulouse locked at 24-24 after 80 minutes plus extra time, it all came down to a !