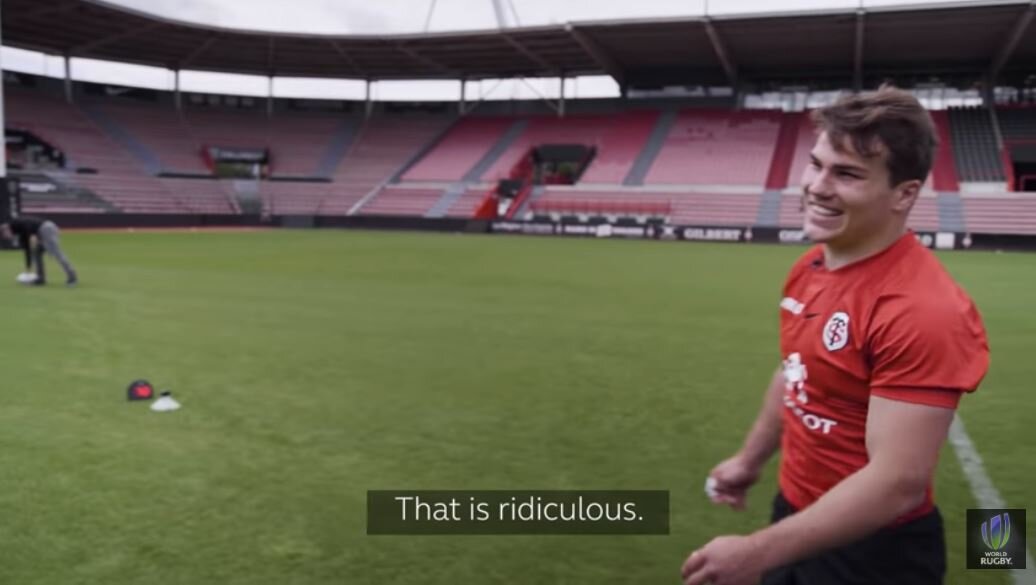 Dupont vs Smith: Who has rugby’s fastest pass

World Rugby’s excellent new series, Ultimate Rugby Challenge, returns and it’s a cracker. Who has the fastest rugby pass in the game?

Two of the best players in world rugby go head to head in the ultimate pass challenge. Frenchman Antoine Dupont will take on the All Blacks’ Aaron Smith in a show of accuracy and strength to see who has the greatest passing ability in the world!

32-year-old Smith played his 151st game for the Highlanders on the weekend and is the most capped All Black halfback of all time (97 Tests). He made his provincial debut for Manawatū in 2008, Super Rugby debut in 2011 and Test debut a year later, has been the first-choice halfback for the Highlanders and All Blacks since then, and remains at the top of his game.

In 2020, Dupont was voted 2020 Six Nations player of the Championship.

The first Frenchman to win the award received 46 per cent of votes submitted by fans in recognition of his creative brilliance in a tournament that saw a resurgence from Les Bleus.