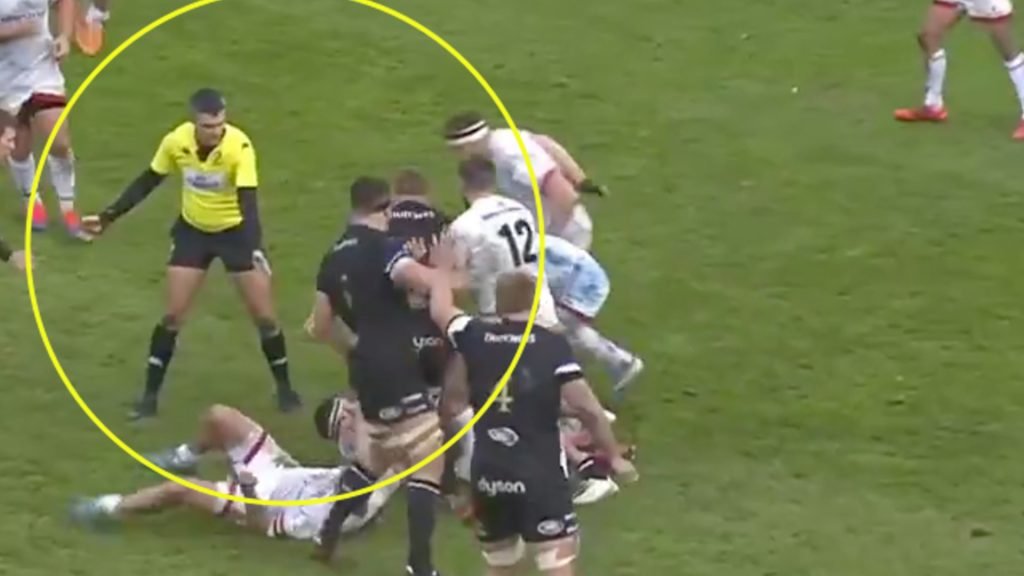 This was a brilliant little clip from today’s match between Ulster and Bath in the Champions Cup. The referee and his whistle stopped working!

Jacob Stockdale was the hero of the game between Ulster and Bath today as he managed to pull off a late tackle to give the men in white a 16-17 win.

The referee was involved in a very peculiar incident as the pea in his whistle seemed to be missing, and what happened next was truly funny.

He tried and tried to sound the whistle but no sound would come out, it was unfortunate for him but brilliantly entertaining for everyone else.

Brothers Billy Burns and Freddie Burns also took each other on in this match. The Burns family is known to be a very close family so this made for a great match up between the siblings.

Here is a video of the incident happening it’s truly hilarious!

Look at the way he tries to carry on playing despite it not working.

Referee Marius Mitrea lost the pea for his whistle during the game and couldn’t stop the play! 🤣

It seems not long ago that Freddie Burns was playing in the Champions Cup last year where he had that unlucky incident with that ball drop.

On this occasion it was the whistle, not him messing up. We are sure that he was glad about that.