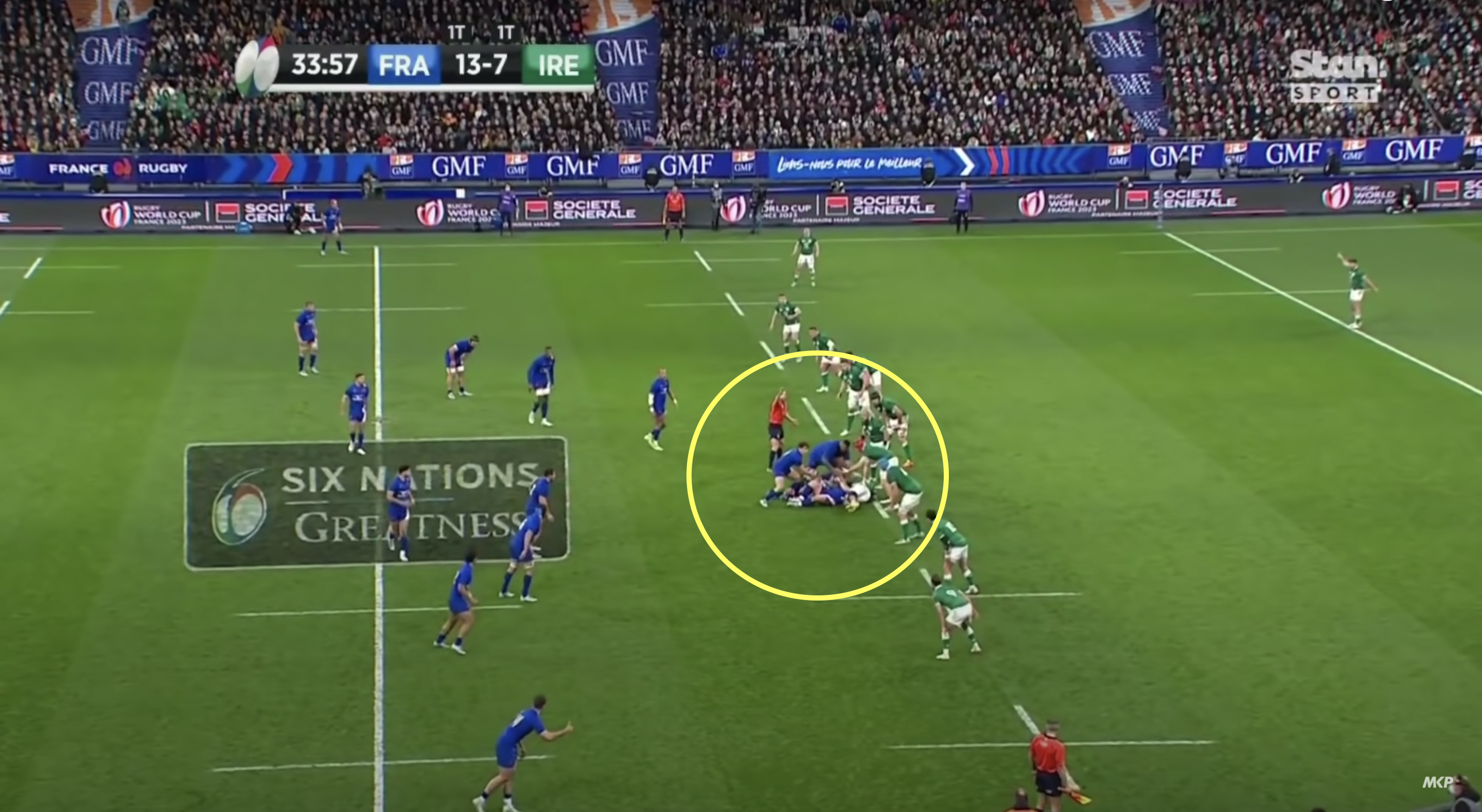 For those that have been living under a rock for the past 18 months, France captain Antoine Dupont is comfortably the best player in the world and against Ireland last Saturday he put in a performance to prove it.

Those that doubted the scrum-half were proven wrong within the first two minutes of the match, as he went over for a try after supporting his Toulouse teammate Romain Ntamack. But it was perhaps what he did later on in the half that was most impressive.

It is a given that any scrum-half can pass, particularly one at the level of Dupont. But such is his strength in other areas of the game that some may forget just how good his passing is. His 20 metre bullet pass to winger Damian Penaud showed this. Dupont noticed his winger signalling for the ball, and ripped the pass to cut out four Irish defenders.

Obviously this shows how dangerous Dupont is at the moment, but it also shows how cohesive and in tune with one another the France team are. Those two elements combined make Dupont almost unplayable currently.

France remain the only unbeaten side in this year’s Six Nations, but face their first away trip next weekend as they travel to Edinburgh to take on a Scotland side that have been hit and miss in this year’s Championship. Gregor Townsend’s side produced a strong performance to beat England at Murrayfield in round one before falling to Wales the week after at the Principality Stadium.

After facing Scotland, France have another away trip to Cardiff to play Wales before hosting England in round five at the Stade de France. The side are in their best position to win their first title in twelve years, and Dupont looks to be spearheading their charge.