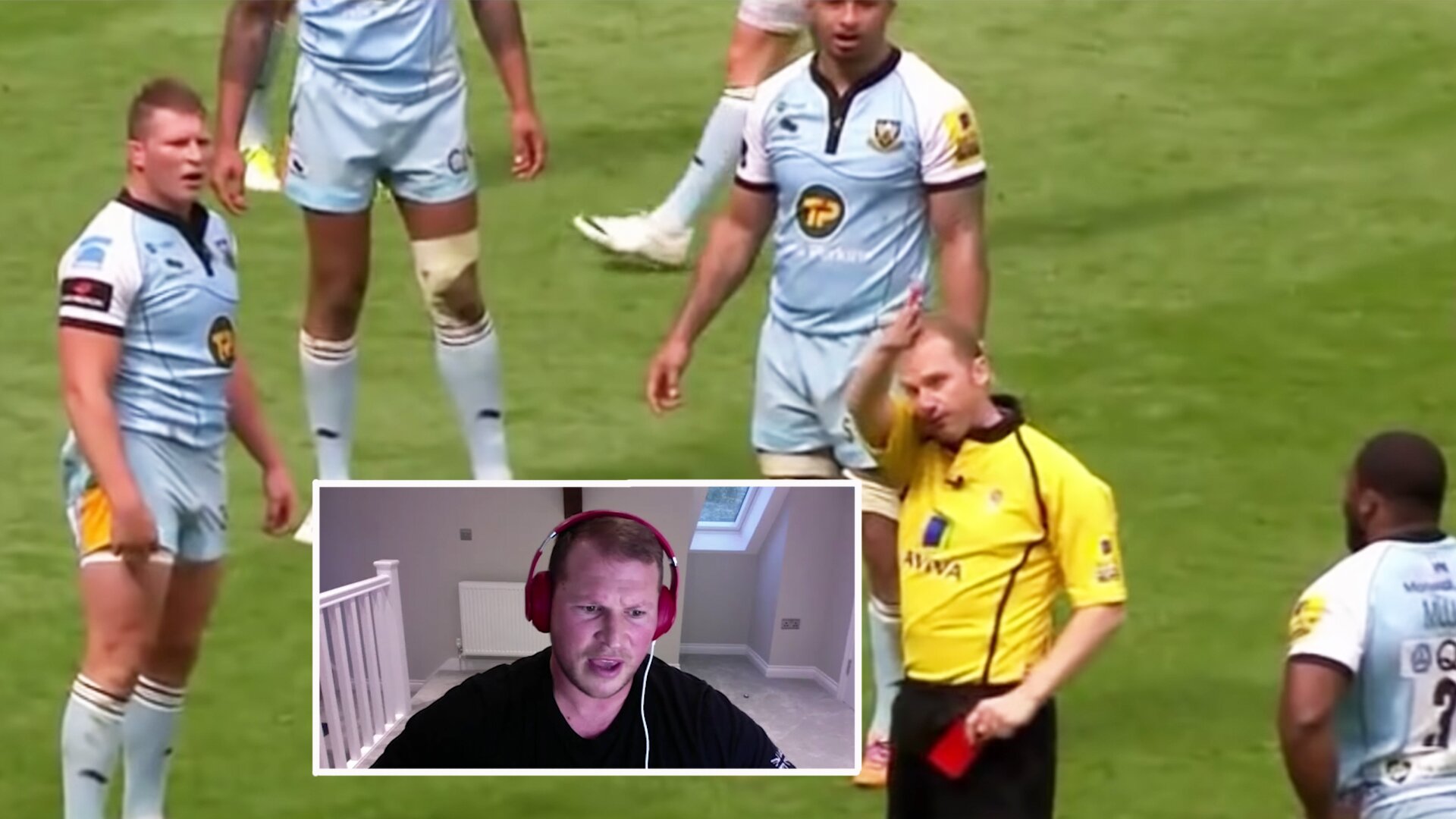 Dylan Hartley has spoken about what it was like being sent off in the 2013 Premiership final after captaining Northampton Saints against Leicester Tigers.

The former England skipper was red-carded by Wayne Barnes in the moments before half-time in the showpiece final as his side trailed 13-5 to Tigers.

It goes down to this day as one of the most dramatic sending off in rugby history.

Hartley has spoken in the ‘RugbyPass Offload’ podcast about the infamous moment in his career where he swore at Barnes leading to the sending off.

In the new podcast Hartley says,

‘It was a moment of disbelief actually, I knew what was happening – that was big. It almost went like slow-motion, like my whole world was ending.’

Listen to what Hartley had to say in the video below,

Former All Black and Hurricanes wing, Julian Savea, has signed with the Hurricanes for the 2021 season.

The 30-year-old returned from France earlier in the year and was called in as a replacement player during the closing weeks of Investec Super Rugby Aotearoa.

TEN OF THE BEST! ‘The Bus’ was back to his best as Julian Savea steamrolled his way through the Wallabies defence to score this try! pic.twitter.com/PfEfLJzYIa

Since then, Savea has been back with the Wellington Lions, playing Mitre 10 Cup rugby and Hurricanes head coach, Jason Holland, says it’s “outstanding” to have his experience back in the capital.

“Physically, Julian is in great shape and we know what a threat he can be. He is in a great place mentally and will add volumes to our environment on and off the field.

Savea is among the most capped and highest scoring Hurricanes in franchise history – tallying 121 appearances and 52 tries.

But he is treating this signing as a separate, entirely new challenge.

“Being one of the most capped and coming back is awesome, but it just gives me the experience to understand that I’ve got to earn my spot – wherever that is. Adding to the statistics isn’t my priority, more so it’s playing the best rugby I can and putting myself in a great position where I can help the team and bring out the best of myself.”

Whilst it may have been two years since his last appearance for the side, there are plenty of familiar faces amidst the ranks including co-captain, Dane Coles and brother Ardie.

“I’m excited and grateful to be given another opportunity to put on the yellow again and play with my brothers,” Savea says.

“My ambition for 2021 is to make sure I prepare myself to the fullest by conditioning the body and mind, so I can not only make my family proud, but my mates also. If I do that, the rest will take care of itself.”