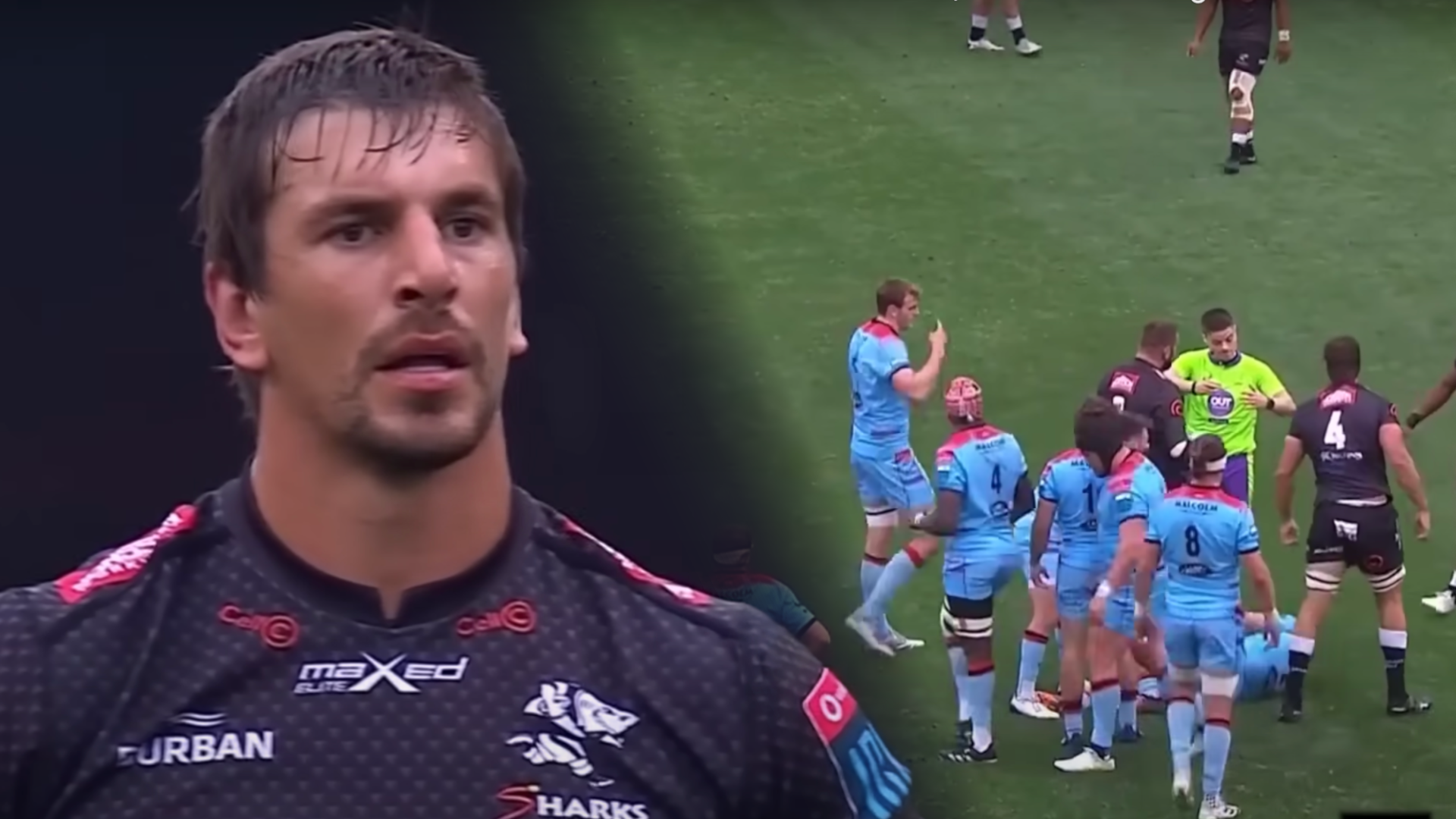 Eben Etzebeth is just a 6 foot 8 inch, 120kg ball of aggression, and it must be mightily hard to control that aggression at times.

That was shown on his Sharks debut on Saturday against Glasgow Warriors at Hollywoodbets Kings Park, where he left Glasgow hooker George Turner flat on the floor in agony after what was one of the easiest illegal tackles referee Chris Busby will ever give.

After a Sharks box kick was fumbled, Turner jumped up to catch the ball while it was still in midair. While his feet were about a metre off the ground, Etzebeth charged through and cut him in half, all while the referee was standing about right next to him. The lock was penalised straight away while Turner was left writhing in agony, although he did continue to play.

This was a sour moment in what was a pretty impressive Sharks debut, where it took the Springboks centurion just minutes to make an impression- charging through the Glasgow defence with a rampaging run.

Rugby 4 Life has recently shared a highlights reel of his debut, as the Sharks went on to win 40-12 to lift them to fourth in the United Rugby Championship table. Take a look: