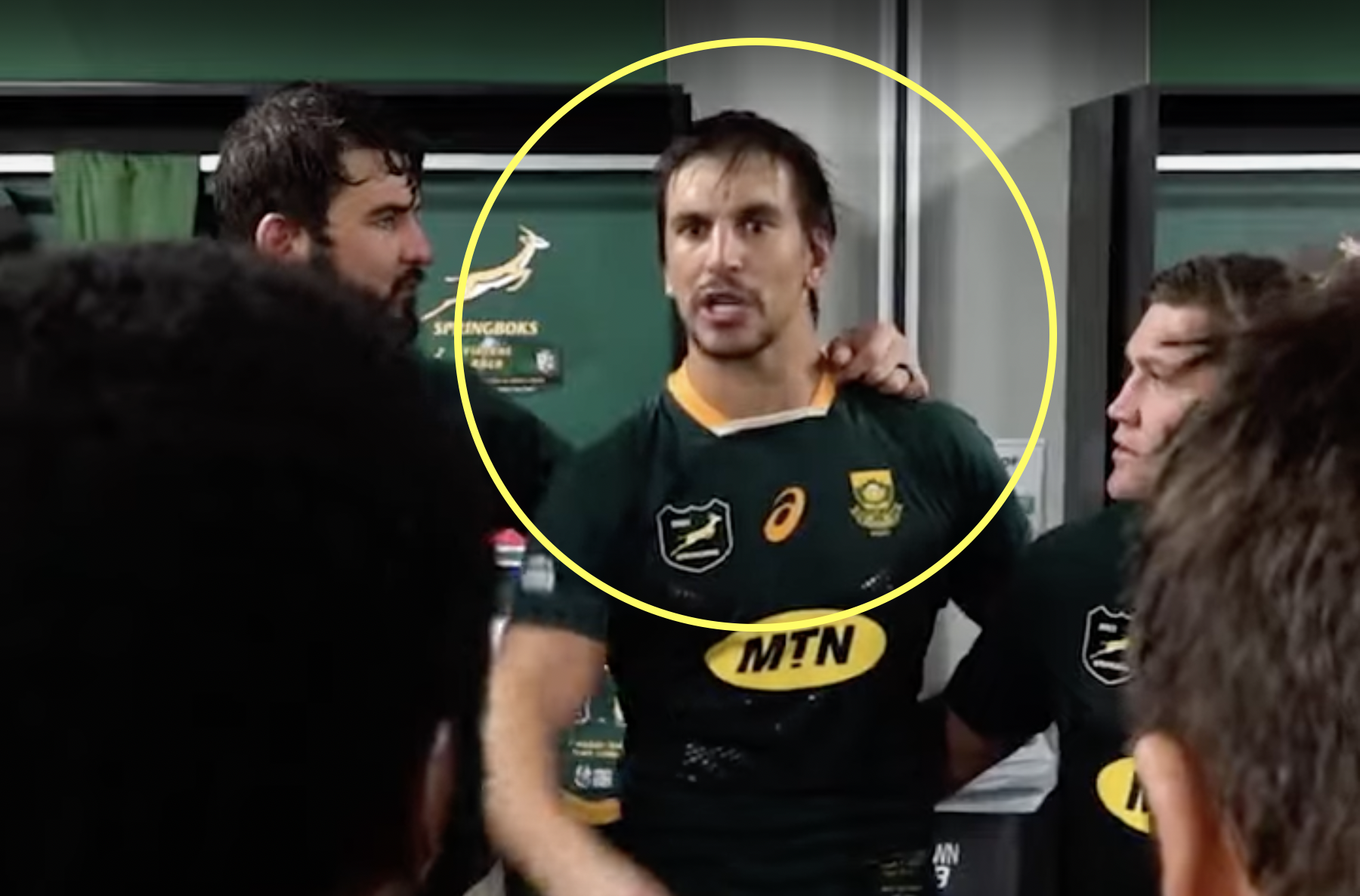 A much anticipated trailer of SuperSport’s latest documentary Two Sides has been released, and it looks every bit as epic as people were expecting.

Following the success of Chasing the Sun, about South Africa’s World Cup triumph, Two Sides will be a three part series focusing on the Springboks’ series win over the British & Irish Lions last year.

The trailer is just one minute long, but it encapsulates the passion and drama in the series, and is opened by an epic speech by Eben Etzebeth. It was not clear when the speech was given, but it may have been at half time of the second Test, where the Boks were losing and were facing the prospect of losing the entire series.

“Can we show them why we’re the best in the world?”

If this was given at half time of the second Test, it certainly did the trick as the Boks went on to comprehensively win the match and from there the entire series after another victory a week later.

This was the series synopsis on the SuperSport website:

“Two Sides is a first-of-its kind documentary, telling the compelling story of a rivalry that goes back over a century.

“The Springboks and The British & Irish Lions meet once every twelve years, which only adds to the weight of expectation for this latest instalment, in 2021. But this series almost didn’t happen, because of a global pandemic that changed the way the world lives and works – and also changed the way sport happens.

“Through collective will from both sides, this tour endured health protocols, empty stands, civil unrest and a controversy that rocked the very foundations of World Rugby.

“Along the way, Two Sides emphasises the importance of keeping sporting traditions alive, because they matter to players, coaches and their families. And the fans who find a way to be a part of each collision.

“With unprecedented access to both teams, their families and their change-room in the midst of an unforgettable series, Two Sides is a story of considerable sacrifice, a tale of redemption and glory, and the unflinching will that keeps the things that matter going, even when everything says they shouldn’t.

Take a look at the trailer: