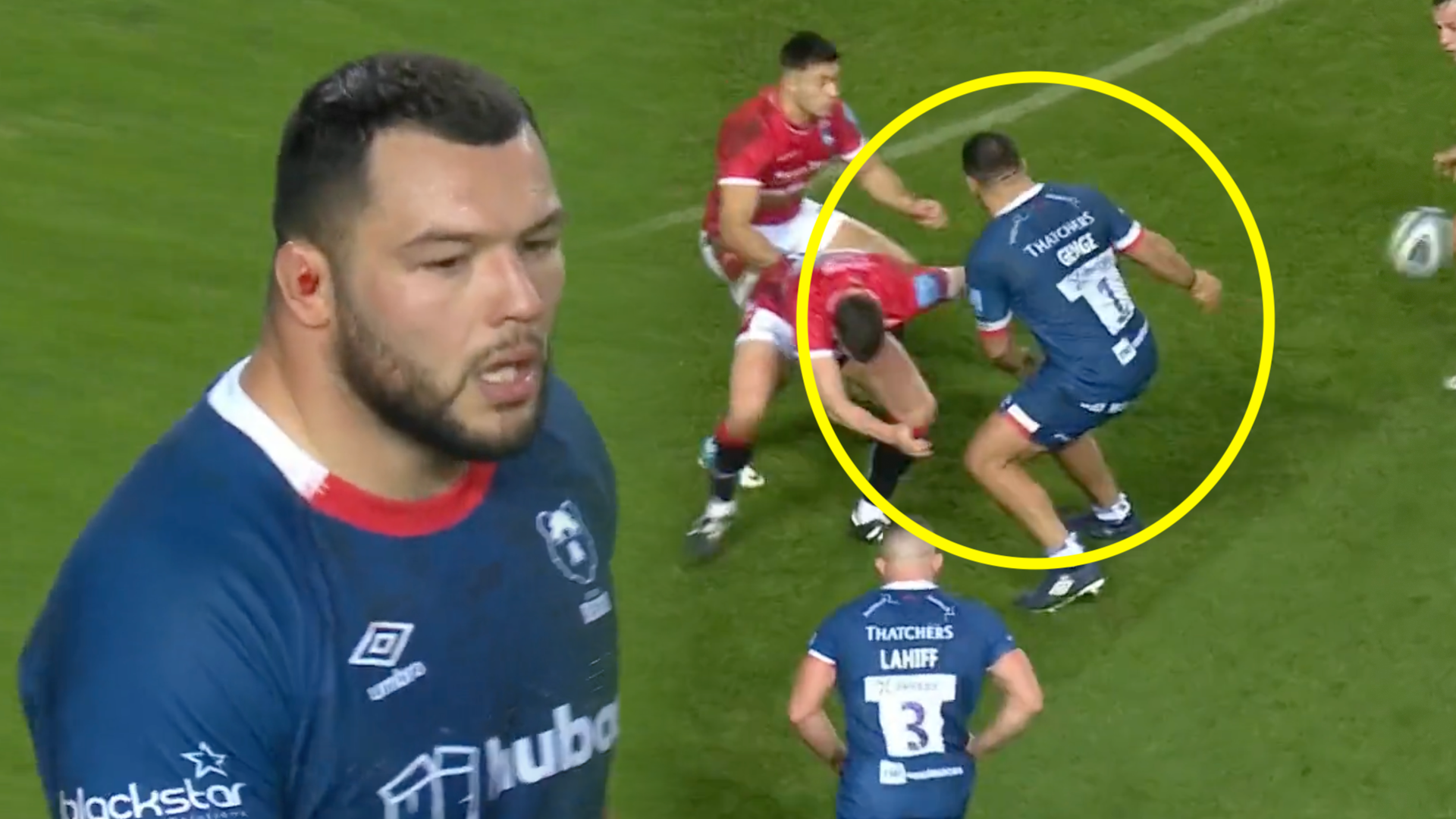 Ellis Genge was at the heart of everything that was good in Bristol Bears’ comeback draw against his former side Leicester Tigers at Ashton Gate on Saturday.

Not only was it his carry that drew out the red card for Leicester’s Francois van Wyk, which turned the game on its head, but he had a hand in some of the tries as well. It was his barnstorming run late on that helped towards Gabriel Ibitoye’s late try, but his best intervention came in the first half in the build up to Charles Piutau’s try.

Standing at first receiver, the England loosehead was able to take the ball and ship it backwards to his fly-half Callum Sheedy all in one swift moment. He was able to do it so quickly that it actually just looks like he fumbled the ball backwards. It is only when the try was slowed down that it became clear that this was just an excellent piece of handling.

Genge’s Bristol and England front row teammate Kyle Sinckler is perhaps the one out of that duo that is famed for having subtle hands like that, but that pass was as good as anything Sinckler can produce. Indeed, there will not be any players in the game, certainly in the pack, that will be able to pull of that pass with such eclat.

Despite picking up three points in the draw with the reigning Premiership champions Pat Lam’s side still sit at the foot of the league table. However, they are level on points with tenth place London Irish and ninth place Newcastle Falcons on 17 points, and are only one point behind eighth place Bath. That means there is a great opportunity to climb up the table when the domestic action returns after a two week European rugby break over the coming weekends.