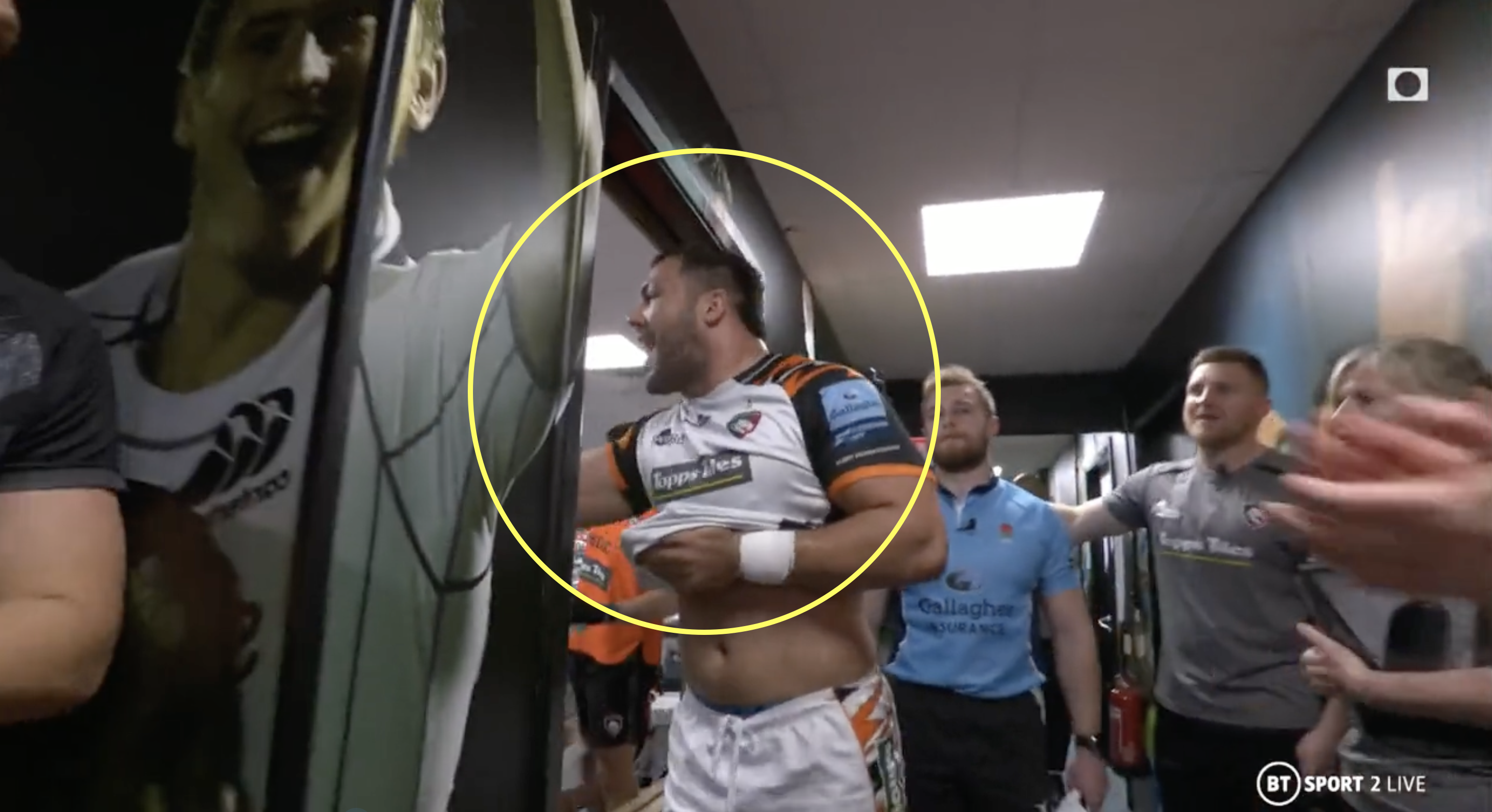 Leicester Tigers were the first team to secure a place in the Gallagher Premiership play-offs this season when they beat Exeter Chiefs 22-17 at Sandy Park yesterday.

It was a win that secured a twelve point lead at the top of the league table and sent a huge message to the rest of the league with so many of their Test stars returning to action.

One of those was captain Ellis Genge, who was playing his first match after being one of England’s most impressive performers during the Six Nations. Even before kick off, viewers could see what an impact he makes at Leicester as BT Sport captured some of his team talk before walking out at Sandy Park- a ground where Leicester had not won for seven years.

There is some choice language in the video, but Genge can be seen screaming “relentless” at his squad, even as he is walking into the tunnel. This came just days after his England and Leicester teammate Freddie Steward talked about how inspiring his speeches are.

It obviously did the trick, not only as the Tigers raced to a 12-0 lead at half time, but winger Chris Ashton levelled Tom Varndell at the top of the league’s all time top scorers chart with his two tries in Exeter, taking his tally to 92.

“There’s a word in the way – equal,” he said after the match.

“I’ve spent since the age of five wanting to score tries, so it would be nice to leave the record behind. Yes it would.

“But having spent time at home thinking that was it, I’m just grateful to be back out here playing and enjoying it.

“If the added bonus is that I do manage to go out on a high like that, I’ll be happy because that’s what I set out to do. I’m hoping that’s going to happen.

“I’m glad to get a couple of tries. This is a good team so there are always going to be opportunities if I’m doing what I normally do.

“I’m honestly at the stage of my career where I’m desperate to be involved.”