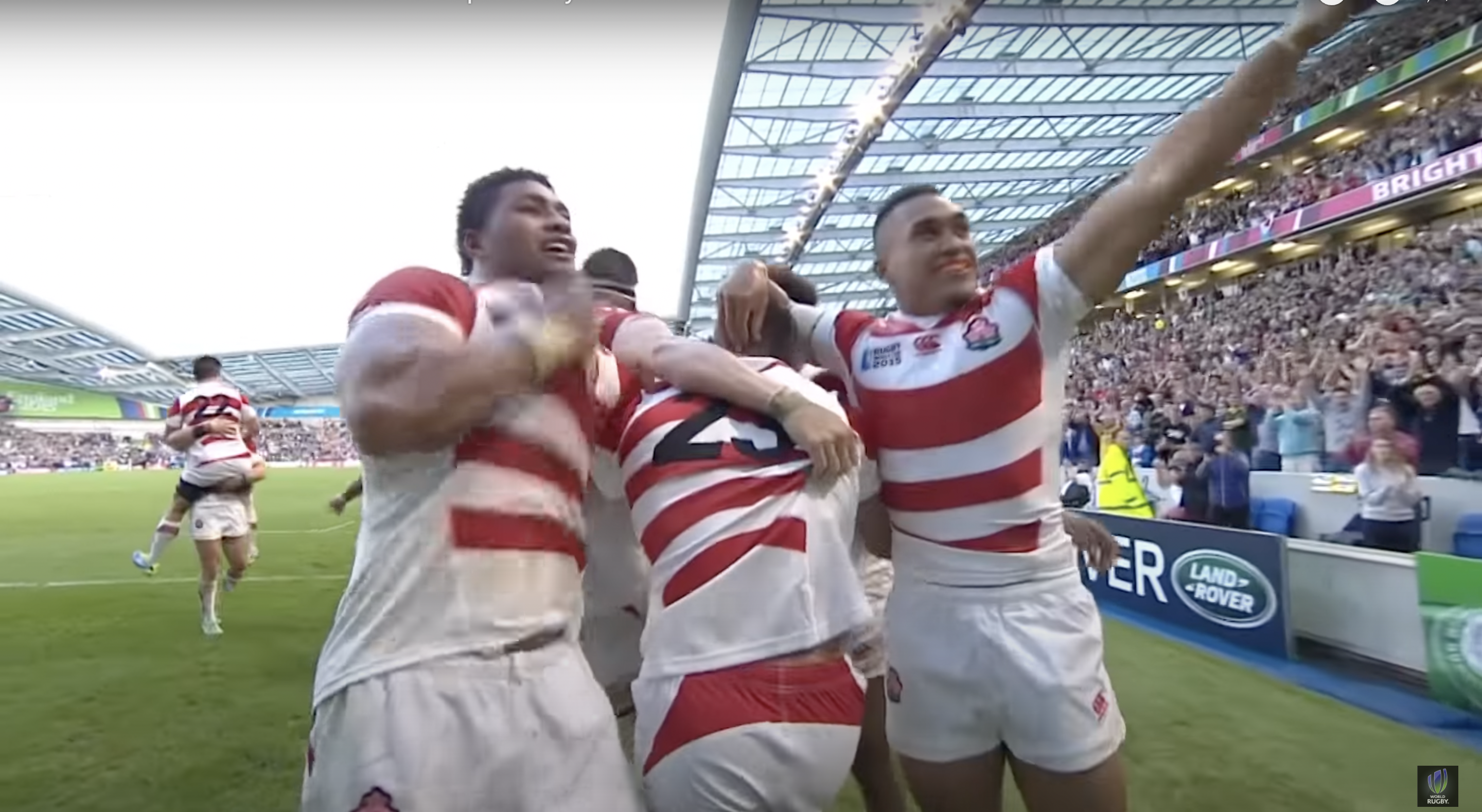 World Rugby recently shared a video of the ten biggest upsets in Rugby World Cup history, and it is unsurprising which match headlines the list.

Japan’s epic win over the Springboks at the 2015 World Cup obviously takes centre stage, but it was pushed all the way by other results such as Tonga’s win over France in the 2011 pool stages and indeed France’s victory over the All Blacks at the 1999 semi-final.

The Springboks, All Blacks, Australia, France, Ireland and Wales all make the list for being on the receiving end of some humiliating losses, but one team that does not is England.

England have fortunately been spared the unfortunate experience of losing to a team ranked far below them, but ironically have probably suffered the biggest humiliation in Rugby World Cup history when they failed to make it out of the pool stages of their own World Cup. No team other than England has ever achieved such an embarrassing feat, but on that occasion they lost to both Wales and Australia in the pool stages.

This dismal showing at the 2015 World Cup ultimately cost head coach Stuart Lancaster his job alongside his coaching staff. Since then Lancaster has had plenty of success with Leinster while one of his assistant coaches Andy Farrell has gone on to coach Ireland.

Meanwhile, Lancaster’s exit ushered in the arrival of Eddie Jones, who had recently masterminded Japan’s victory over the Boks. The Australian enjoyed instant success with England upon arrival, guiding them to a Grand Slam in 2016 and an unbeaten run of 18 matches, which is a record tied with the All Blacks. Jones also guided England to the 2019 World Cup final, where they lost to South Africa, meaning two teams that had fairly torrid 2015s came back strongly.