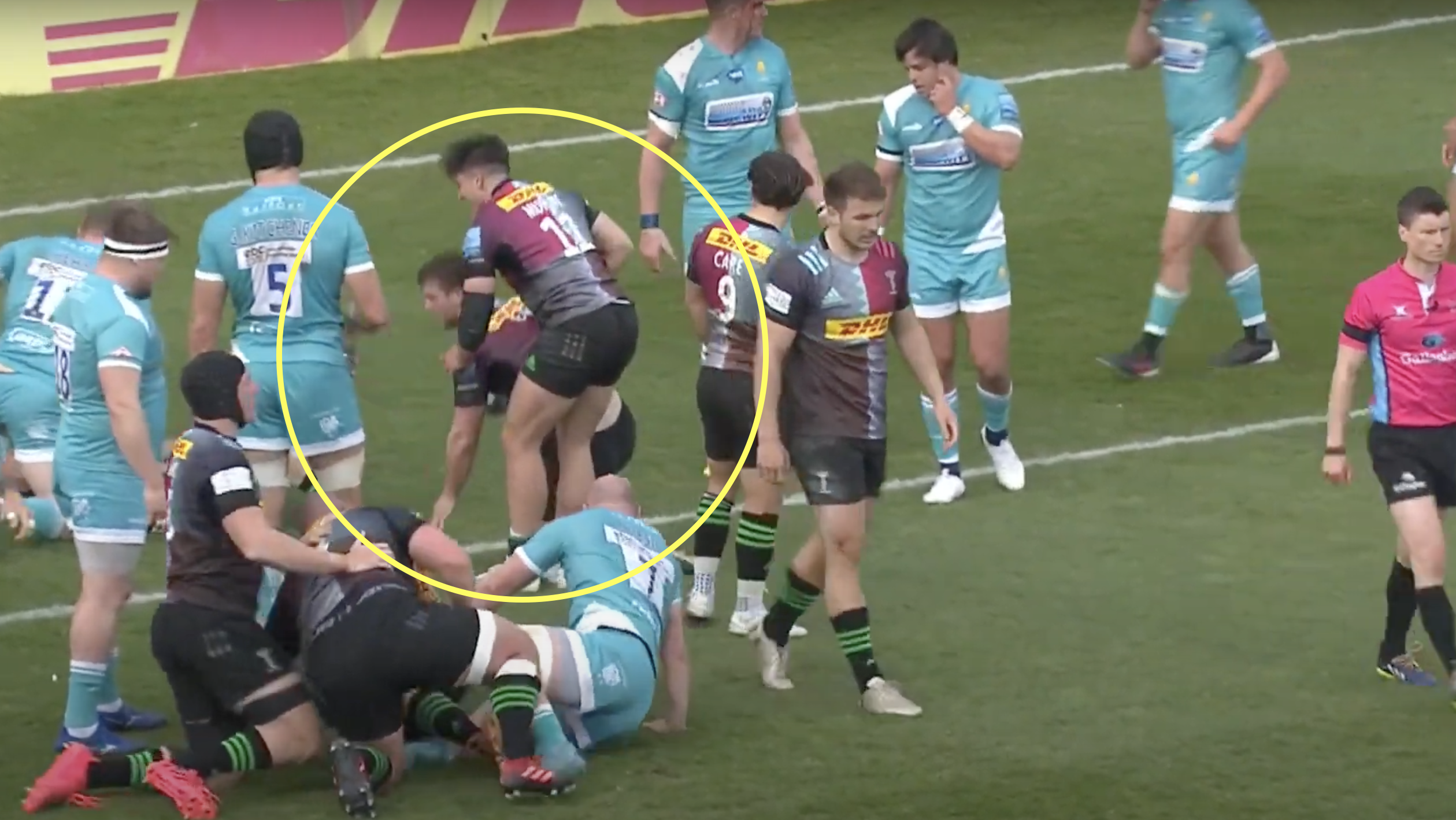 England hopeful to make return for Quins after eleven months out

Harlequins are set to be boosted this Friday for their Premiership Rugby Cup clash with London Irish by the return of flanker Will Evans after eleven months out with a broken leg.

The 25-year-old suffered the injury against Friday’s opponents last April and revealed soon after that he has “about a foot length of titanium all the way through [his] tibia.”

The injury was a hammer blow for Harlequins, as the openside was a genuine candidate for Gallagher Premiership player of the season, producing an inordinate number of turnovers. In fact, he was so lethal on the floor that he still finished the season with twelve more turnovers than anyone else despite his campaign ending in round 17 (29 turnovers).

Such was his form that he was very much in the conversation to make the England squad in the summer of 2021, particularly during a British & Irish Lions year, which would have been his first return to the Eddie Jones’ squad since 2016.

Fortunately for all England and Harlequins fans, Evans is making his return tomorrow, and could play a major part in the remainder of his club’s season, where they are still fighting on both the domestic and European front.

Scrum coach Adam Jones said: “A lot of the lads picked haven’t had much game time in our last block of games so it will be great to see them get valuable minutes. We know how important it is going to be for these lads to be sharp and ready to go as we enter the back end of the season. The squad have trained and prepared really well so it’s a fixture we’re all looking forward to.

“The last two seasons have been difficult for some of the boys as they haven’t had the chance to run out and play when they couldn’t go out on loan to Championship clubs or play in competitions like the Premiership Cup. Tomorrow night is a London derby and I’m sure there will be a good crowd and the players are all chomping at the bit.”

🌟 An exciting team for Friday night.