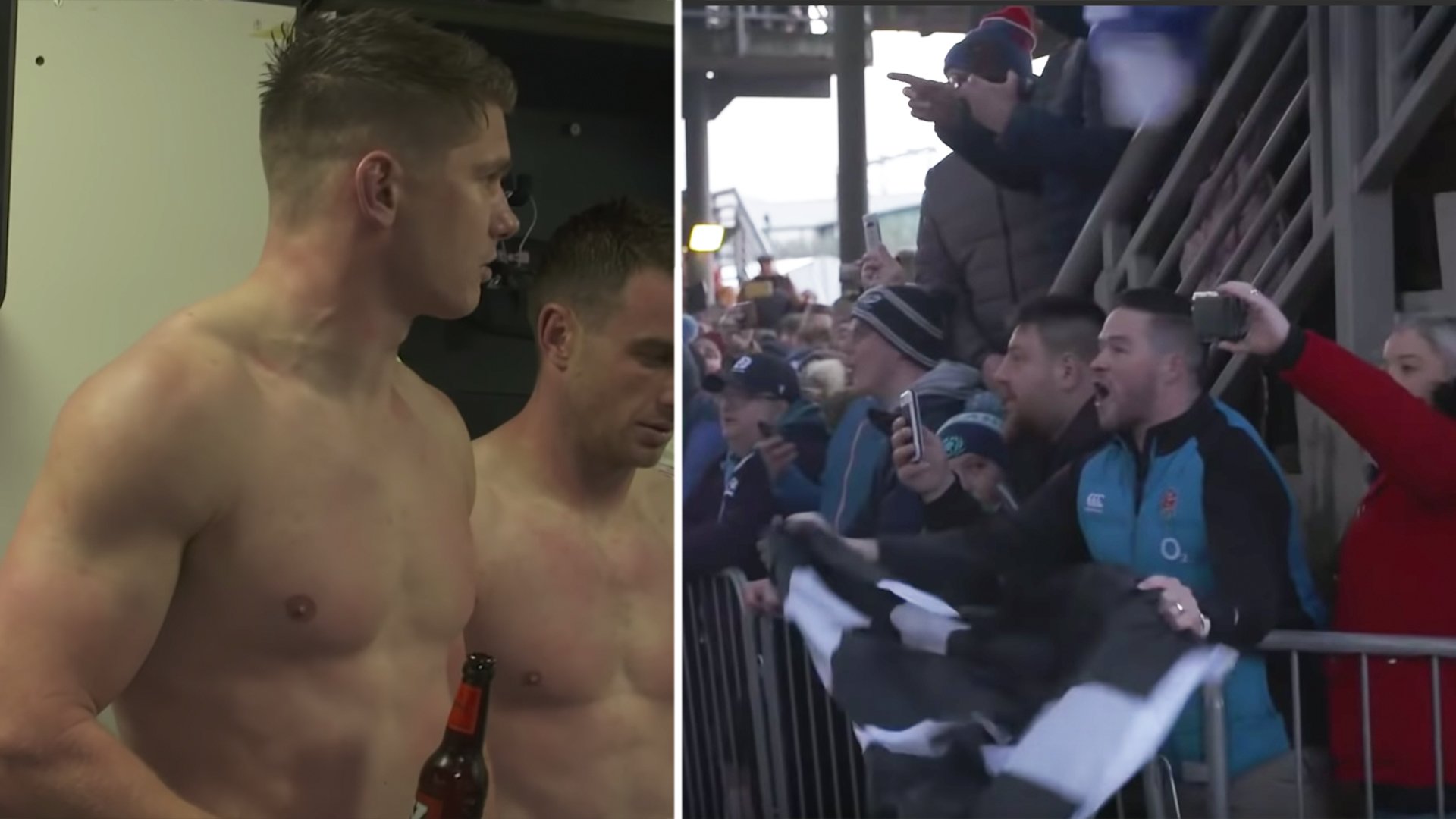 New footage released by England rugby today reveals just how hostile the atmosphere was in the build up to the match between and Scotland in the 2020 Six Nations.

England were lucky to beat Scotland on Saturday as they laboured to a single try victory over the auld enemy. Ellis Genge was there to power over from close range to seal the win for the men in white.

Much has been made of the hostile reception that England received going into this match, with many claims that English players were abused by the Scottish fans.

England released a video today in their new behind the scenes series called ‘The Next Level’. In this video the England team can clearly be seen receiving some hostile boos from the Scottish faithful as they get off the bus.

We are sure people will say this is just fun, but the boos certainly feel more hostile than they have in the past.

This may to some fans just look like some good honest fun, but if you look closer you can see a more sinister, hostile side to the reception that the team were greeted with at Murrayfield.

Other angles of the team arriving reveal just how hostile the atmosphere was for the boys in white.

One video, which has now circulated widely online reveals that many fans were giving rude gestures to the England team as they arrived.

This was certainly worse than just playful booing…

“Rugby did have a culture of being respectful and having respect for the kicker. So if we don’t want to have that, if there’s a new level of respect in Scotland, we’ve got to put up with it.

If that’s how the Scottish fans are going to be respectful, we have to acknowledge it and just get on with it.”