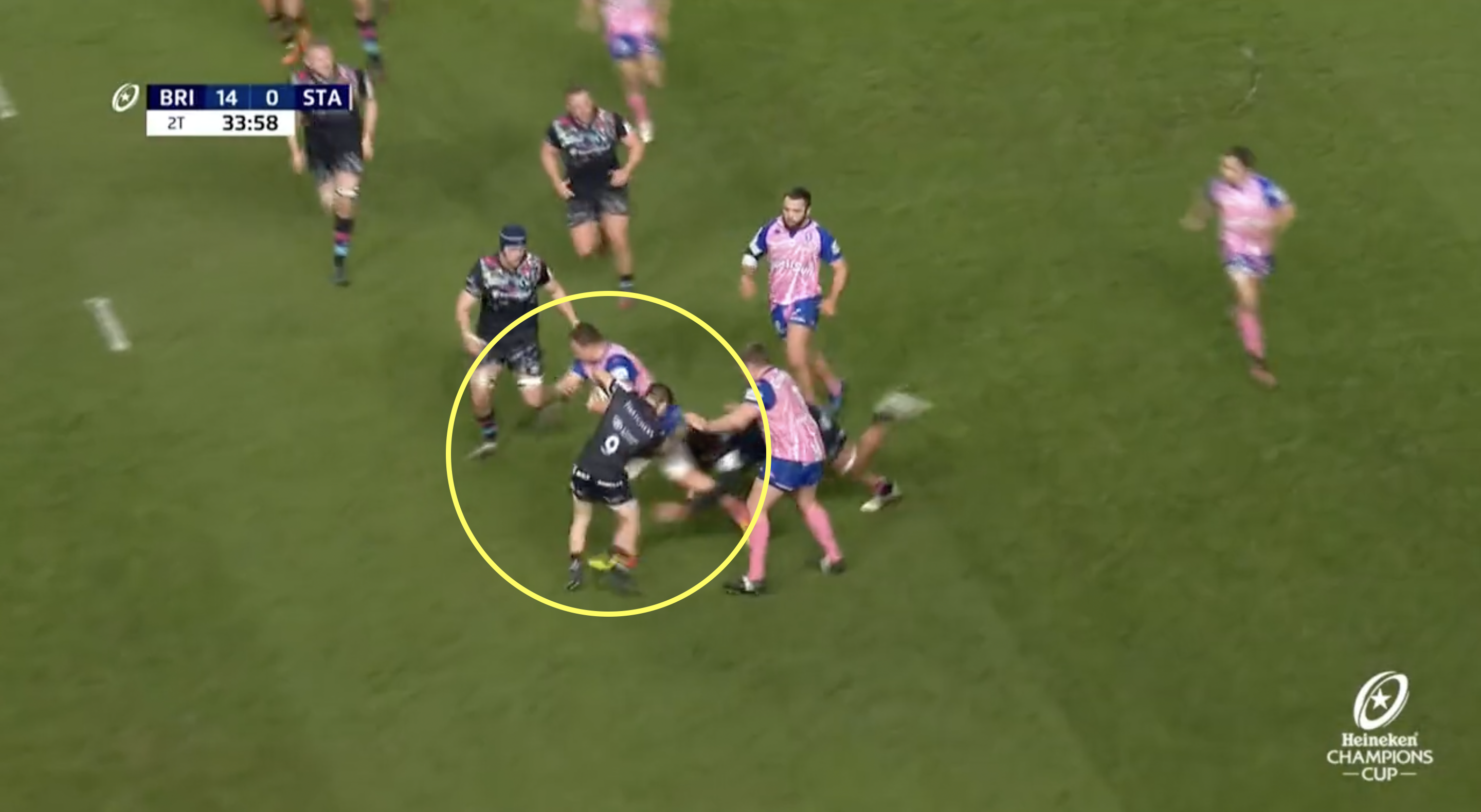 Having the ball ripped out of your hands in a rugby match is embarrassing at the best of times, but when it is done by a player 65 kg lighter than you it is downright humiliating.

Unfortunately for Stade Francais’ lock JJ van der Mescht, he was on the receiving end of such humiliation when he met his match against Bristol Bears scrum-half Harry Randall at Ashton Gate on Saturday in the Heineken Champions Cup.

The towering lock paid the price for carrying the ball into contact with one hand, as no sooner had he run into the 24-year-old No9 than he was seeing him run off in the other direction and chipping the ball into Stade Francais’ in-goal area.

An this little feat may have helped Eddie Jones when picking his England squad this week as three days after his performance Randall was picked for England’s Six Nations squad.