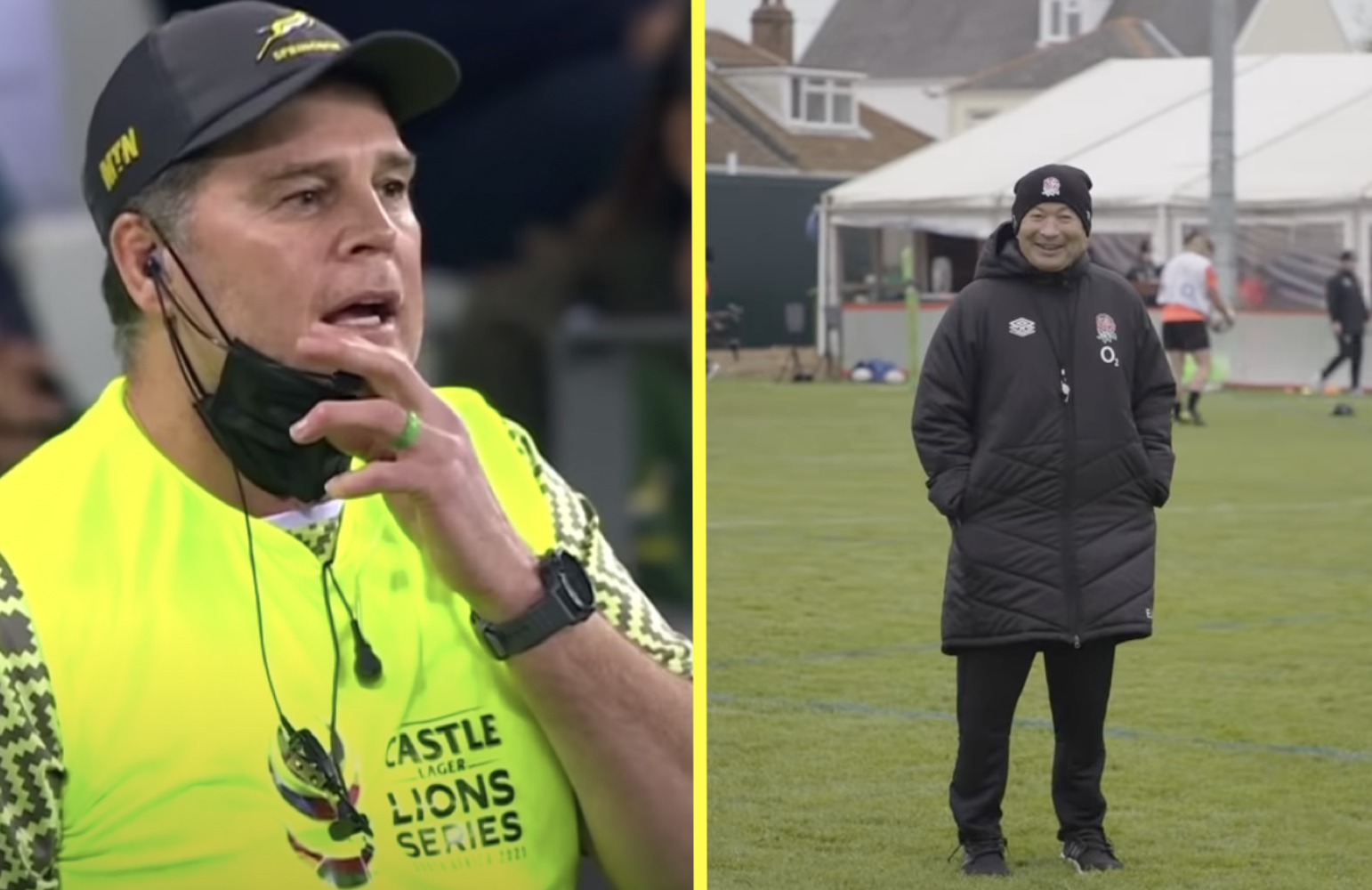 Rassie Erasmus may be a World Cup winning coach and a former World Rugby coach of the year, but subtle he is not.

Whether it be his attempts to tell Willie le Roux to target a Scottish player from the sidelines, his bizarre Twitter tirades or of course his infamous video, the South Africa director of rugby has always preferred a direct approach.

But his latest Tweet is about as subtle as Erasmus comes.

The former Springbok resurfaced on social media for the first time in over a month to share a video where he appeared to be congratulating Wales on their gutsy performance against England at Twickenham on Saturday, where they almost pulled off a late comeback after being 17-0 down.

He wrote: “In my opinion this is what make Wales always a difficult team to beat!! Dan Biggar has the BMT in the 77th min to kick the cross kick on the spot to Josh Adams! Well defended by England!”

Most people would take this at face value had it not been for the fact that he rewinds, slows down and then repeatedly shows Joe Marchant’s tackle on Josh Adams, where the Englishman seems to make contact with the ball carrier’s head.

For good measure, Erasmus even provides a wider shot in another Tweet and even circle’s Marchant’s tackle in the video. In this Tweet he tagged Welsh Rugby and Agustin Pichot (even though he is no longer part of World Rugby) and said “This a better wider shot! Very tough to defend!”

So far nothing has come from this tackle from Marchant in terms of a citing, but it is certainly not for the want of trying on Erasmus’ part.

Erasmus has made it fairly clear who he wants, or at least does not want, to win the Six Nations this year.

Take a look at the Tweets:

In my opinion this is what make Wales always a difficult team to beat!! Dan Biggar has the BMT in the 77th min to kick the cross kick on the spot to Josh Adams! Well defended by England ! pic.twitter.com/O4CQwVCjpd