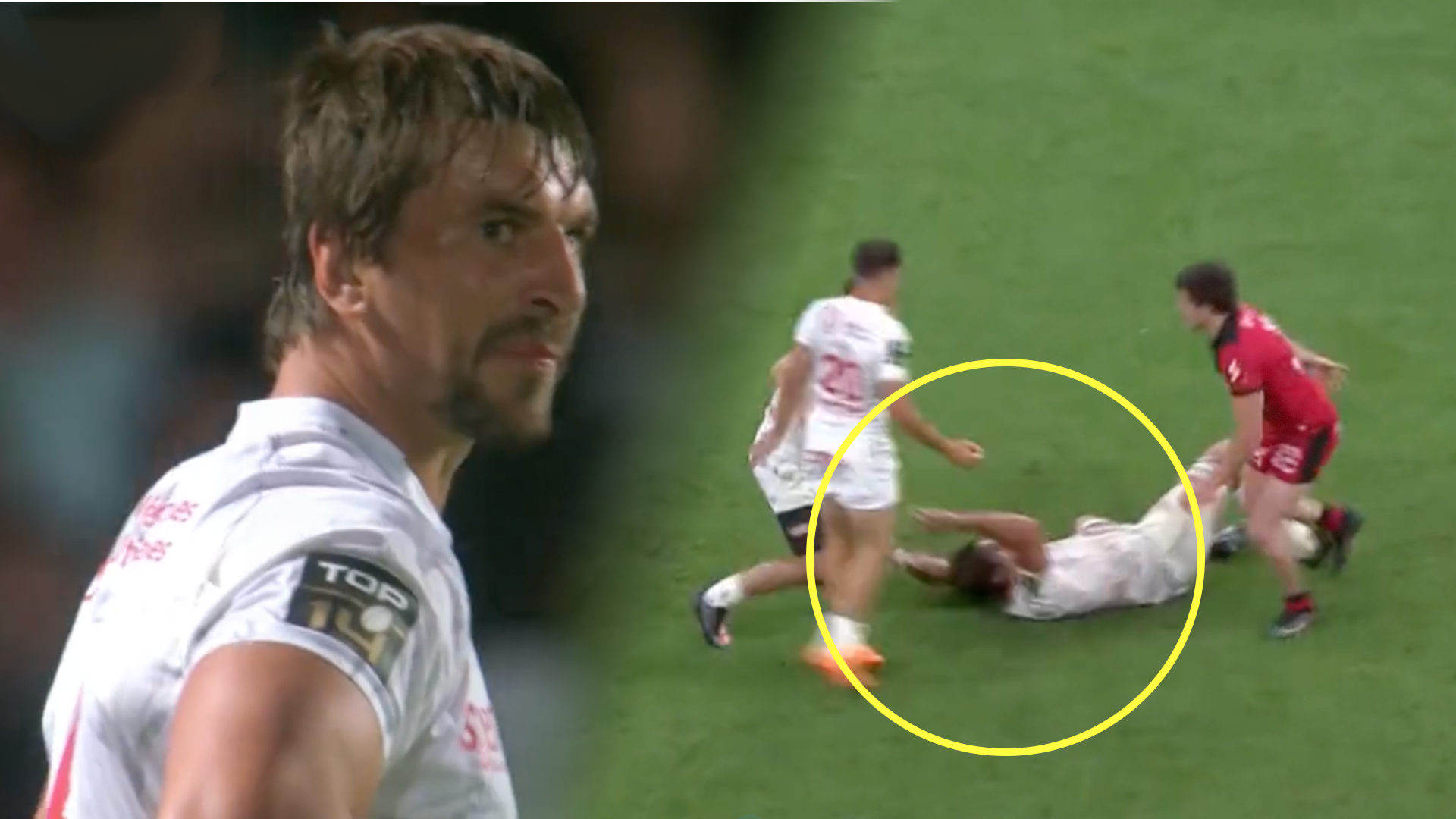 With his side losing 30-7 to Lyon in the closing minutes of the Challenge Cup last week, Toulon and South Africa lock Eben Etzebeth would have thought he could not have been humiliated more. Enter Davit Niniashvili.

The Springbok was caught ball and all by the 19-year-old Georgian winger and was then picked up and given a free tour of the Stade Velodrome as he was driven back. That does not usually happen to the Bok enforcer and it never happens against a player over 35kg lighter than him. Well it never happened until the final last week.

This tackle may have even left a smile on the face of Bakkies Botha, who questioned Etzebeth’s resolve a few months ago and whether he has what it takes to play in France.

“Eben Etzebeth? Incredible fighter, best second row in the world. But I regret that he only shows his best face with the Springboks,” Botha told Midi Olympique. “In Toulon, he is still a little injured, concussed and in the end, never plays.

“Obviously, he was not made for France and he will turn his back on the problems the club went through to return to South Africa.”

To be fair to the 2019 World Cup winner, he has been immense since those comments, but this was a low moment against Lyon.

Speaking after the match, Etzebeth’s opposite man Joel Kpoku said to BT Sport: “Who could have written it? I’m thankful to Lyon for bringing me out and thankful to win the Challenge Cup.

“(It took) massive courage for myself to come out here alone and, to have the trust and care in me to play me in a big game like this, I’m thankful to come out on top.

“For the time being I’m going to be concentrating on my time with Lyon and playing as much rugby as I can. Whatever comes from there, we’ll see what happens.”