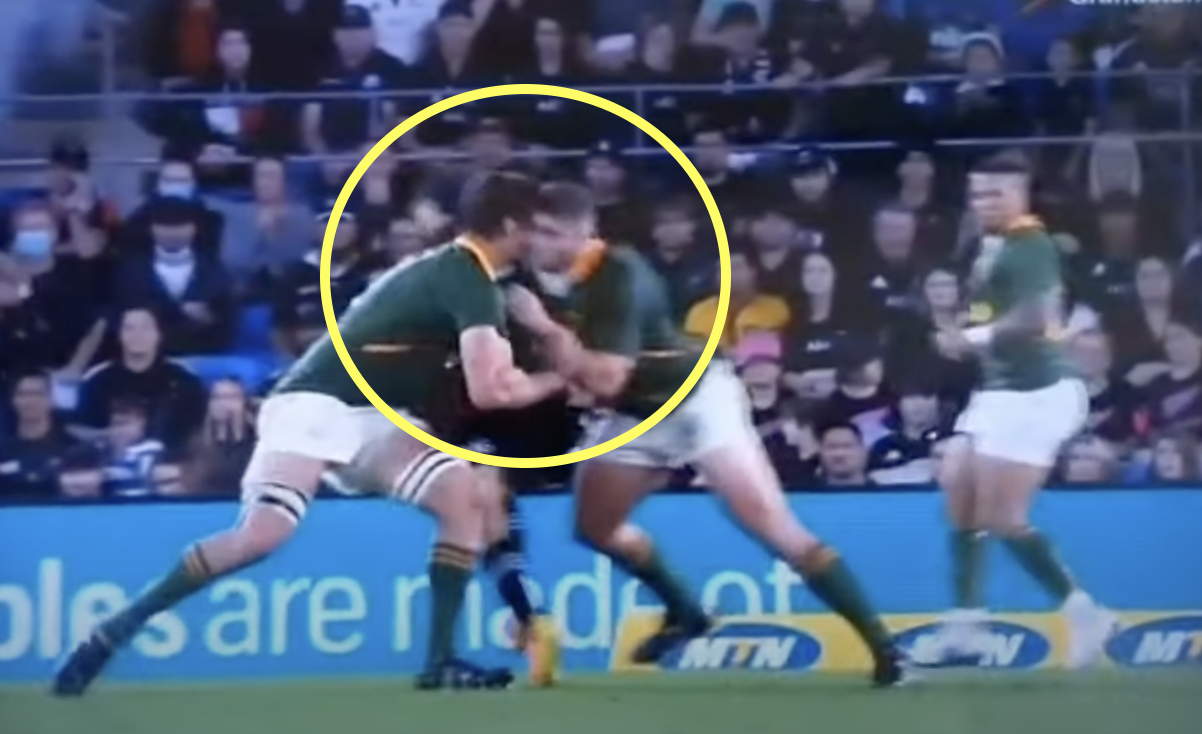 If anyone needed a visual representation of how brutal the last two Test matches between the All Blacks and the Springboks have been, Eben Etzebeth’s face paints a fairly accurate picture.

The South African enforcer left the field with six minutes to go on the Gold Coast on Saturday after clattering into his teammate Malcolm Marx in a tackle. The head on head collision left both players dripping in blood, but Etzebeth came off worse and had to leave the field. After that, the lead changed four times, as the Springboks earned a memorable victory in the final minute of the match.

The lock was probably being stitched up while Elton Jantjies was kicking the ball over the posts to secure the 31-29 win, but he may still say that it was all worth it.

Etzebeth’s teammate Faf de Klerk shared a photo on Monday on Instagram which shows just how bad Etzebeth’s gash was, and why it is no surprise that he did not come back on.

The Springboks’ win may not have secured them the Rugby Championship, it did not even earn them a second place finish, but it did mean they ascended back to number one in the world rankings. The result was also true to previous score lines between the All Blacks and the Boks, as now only one of their previous seven encounters has not been decided by two points or less. The aggregate score of their two Tests this year has also ended up being 48-48, which shows that there is absolutely nothing to separate the World Cup winners and the Rugby Championship winners.

Jacques Nienaber and Etzebeth will hope that his face heals in time for the upcoming Tests against Wales, Scotland and England.