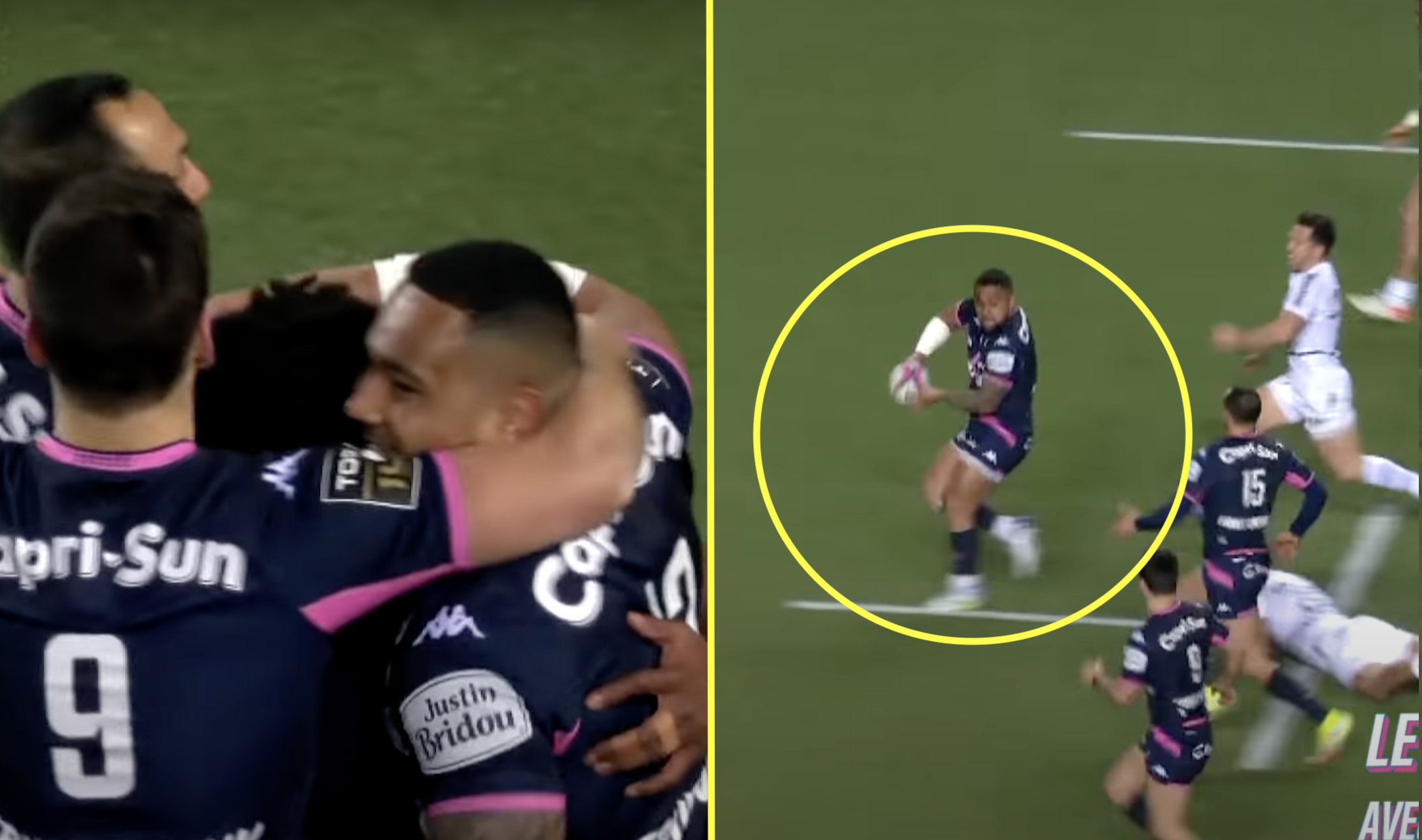 When Stade Francais signed All Black Ngani Laumape from the Hurricanes last year, they literally signed him for moments like yesterday against Top 14 and Heineken Champions Cup winners Toulouse.

With the Parisian outfit drawing with the French giants at the Stade Jean-Bouin on Sunday evening, the 15-cap inside centre showed that he is worth every penny.

With the clock in the red and the scores level, the 28-year-old received the ball deep in his own half, but a right foot step meant he broke the line on his own ten metre line before running over scrum-half Martin Page-Relo and evading the tackle of Pierre Fouyssac. One on one with fullback, he passed to his teammate Kylan Hamdaoui who ran in for the try. The sight of the train of tacklers scrambling to touch Laumape is quite a sight to behold.

The win meant Stade Francais are just three points behind Toulouse in the Top 14 table, with the champions sitting in seventh and the Parisians in eighth.

The Kiwi made the move away from New Zealand last year after struggling to break into Ian Foster’s All Blacks squad. He has since said that he wants to play for Tonga, the country of his heritage, in the future after World Rugby’s relaxation of the eligibility rules last year. Having played his last Test for the All Blacks in November 2020, it will not be until November next year that he will be able to represent Tonga, which will be just after the World Cup.

“I’ll put my hand up for Tonga,” Laumape said according to AFP.

“It would be a great opportunity to represent my parents’ country. I’m a proud Tongan so if I was picked I would definitely put my foot forwards.

“But it’s still a couple years away for me and I’m focusing on Stade Francais.

“I’m focusing on Stade Francais,” he reiterated. “I want to perform well, that’s what matters the most.”