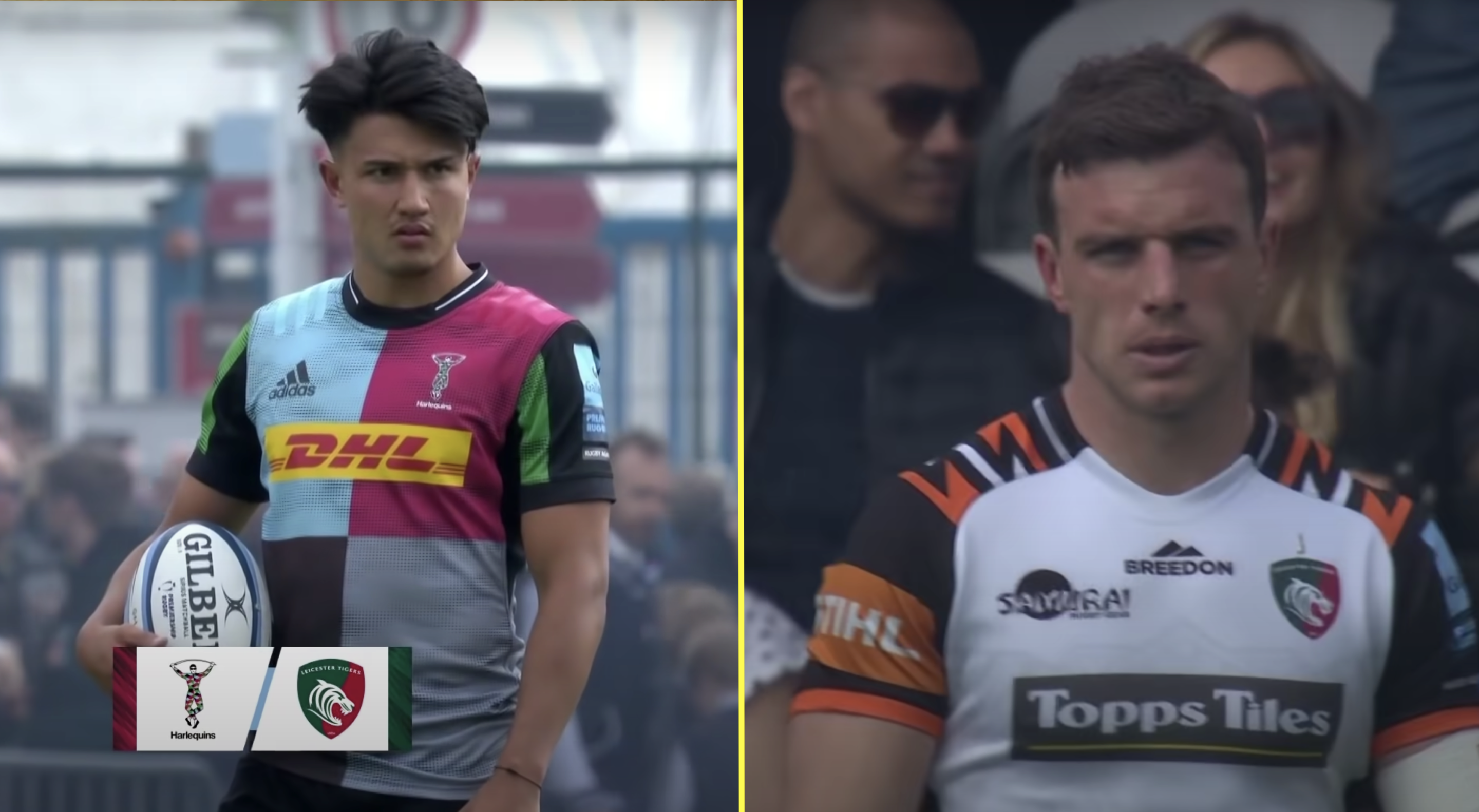 It was a clash of two of England’s leading fly-halves on Saturday when Marcus Smith’s Harlequins hosted George Ford’s table topping Leicester Tigers at the Stoop.

It was Quins who came out on top in the end 26-20, which keeps their hopes of finishing in the top two and earning a home semi-final in the Gallagher Premiership alive.

This was Quins’ first game back after crashing out of the Heineken Champions Cup with a one-point loss to Montpellier over two legs, and head coach Tabai Matson praised the way his side bounced back. He also praised the way Quins were able to hold on, as they were dragged into a dog fight in the second half against the Tigers.

“You have to respect Leicester for what they do. They’ve won 17 games and they’ve set the way because they’re just so consistent.

“To able to arm wrestle and not give away too many penalties and score three tries is pretty important for a number of reasons, not just the result.

“You know what is coming against Leicester. Stopping it is really difficult even if you know it’s coming.

“But strategically they are really smart too, being able to know that often the game sways in the last 15 minutes.”

The fly-half battle was one main area that many England fans would have been interested in, and former England fly-half and pundit Stuart Barnes gave his verdict on the battle between Smith and Ford after the game, saying he believed the younger of the two, Smith, came out on top.

“Just finished watching Harlequins v Leicester,” he wrote on Twitter. “Smith knockers in no hurry to mention a controlled performance which eclipsed Ford’s whose miss was MUCH worse than last week’s. I am a fan of Ford and Smith. Smith was much the better player on Saturday.”

Just finished watching Harlequins v Leicester. Smith knockers in no hurry to mention a controlled performance which eclipsed Ford's whose miss was MUCH worse than last week's. I am a fan of Ford and Smith. Smith was much the better player on Saturday @LeicesterTigers @Harlequins

Take a look at the highlights of the match: