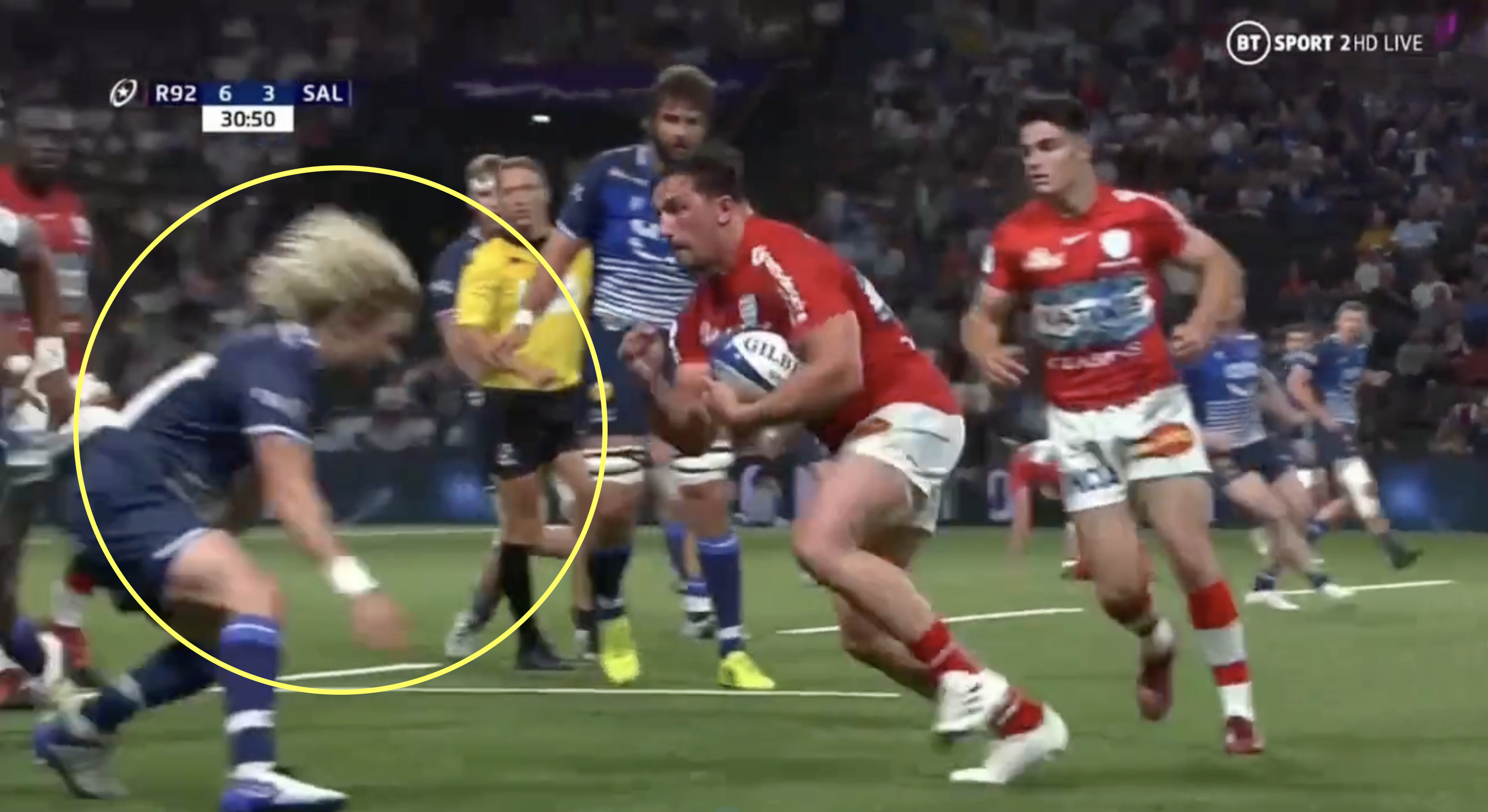 After reigning World Rugby player of the year Antoine Dupont’s match winning heroics for Toulouse on Saturday in a gripping Heineken Champions Cup quarter-final penalty shootout against Munster at the Aviva Stadium, it was up to one of his scrum-half rivals, Faf de Klerk, to fire back with his own shot on Sunday for Sale Sharks against Racing 92.

Though the South Africa scrum-half was not able to help his side win, as they fell 41-22 at La Defense Arena, he did produce one particularly impressive moment. It came in the first half when 33-cap France hooker Camille Chat tried to bulldoze over the Springbok. The hooker, commonly known as ‘The Neck’, was in for a rude awakening though as de Klerk was not only able to stop him in his tracks, but then proceeded to drive him back.

Sale were the Gallagher Premiership’s last hope of having a side in the semi-finals of Europe’s premier competition. After the loss, Sale director of rugby Alex Sanderson bemoaned the difference in the salary caps between England and France and how that is hampering English sides. Indeed, de Klerk is one of those players that is leaving Sale at the end of the season for a more lucrative offer abroad.

“Yes of course it does because you don’t have the money to sign the quality of players needed,” said Sanderson when addressing the salary cap.

“There’s been a difference in the salary cap forever between the French and English clubs. When Toulon used to have a £20m salary cap and the English clubs were on £5-6m and yet they managed to win.

“You can make up the gap in the salary cap through really good coaching, decent infrastructure, and culture as well. You can bridge the gap through talent through cohesion and decent coaching.”