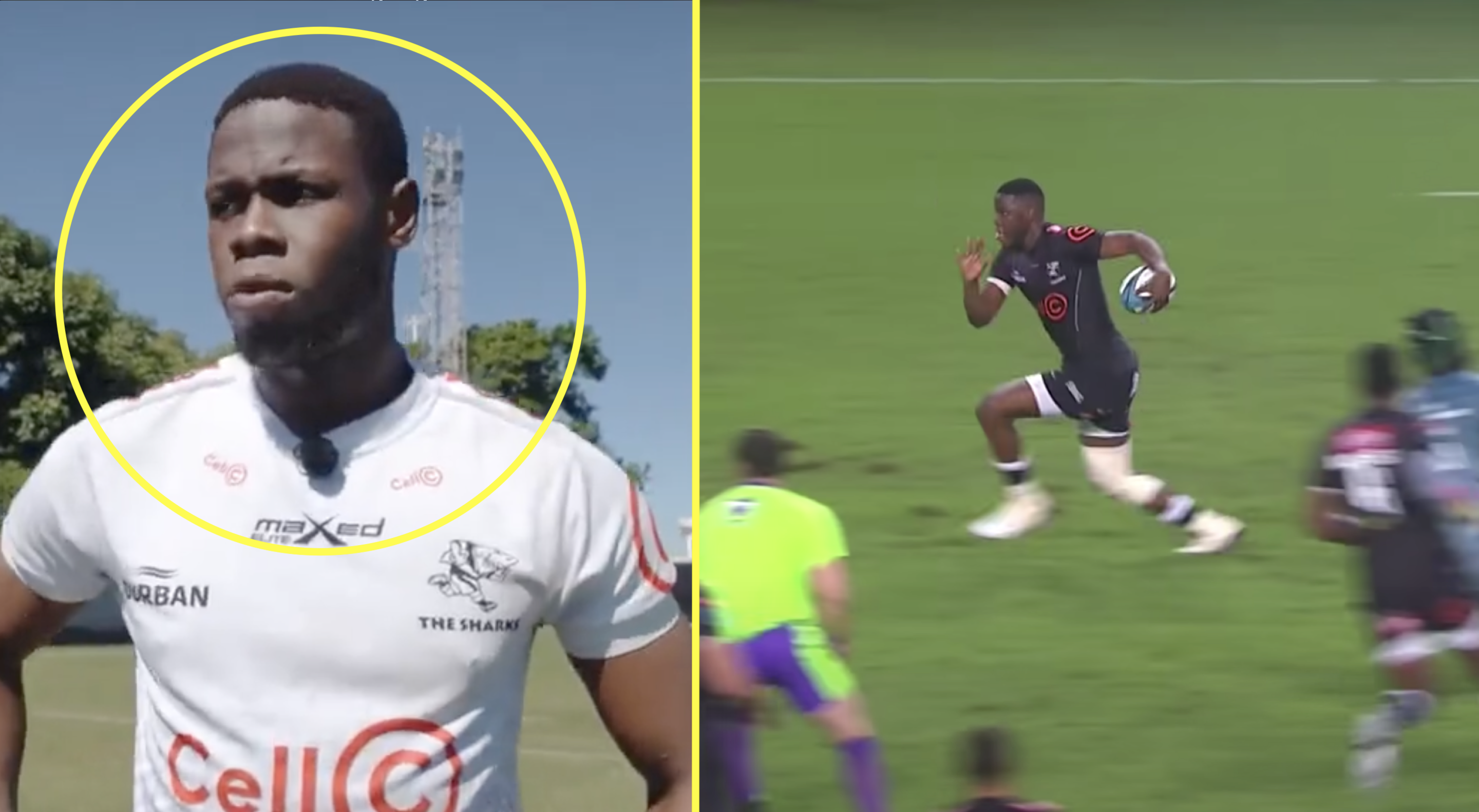 Jacques Nienaber has plenty of options when it comes to the South Africa back three going into the Test series with Wales in July.

Even with a player like Cheslin Kolbe potentially being out after breaking his thumb, there are still a number of options with regards to the No11, No14 and No15, with a number of players in the form of their careers.

With every game that is played in the United Rugby Championship at the moment, a potential Springbok seems to dazzle. On Friday, Warrick Gelant produced some moments of brilliance for the Stormers against the Glasgow Warriors, so it was up to the Sharks’ Aphelele Fassi to outdo him the next day against Leinster, and he did.

The 24-year-old created a first half try for Jaden Hendrikse that was simply out of this world. Fassi showed footwork and pace to make a break, but that is something that fans of his have become accustomed to. However, he crowned it off with a superb left handed offload to put Hendrikse in. It was a moment like that which could significantly help his chances of starting for the Boks against Wales.

The upcoming Test series may be an opportunity to trial out some new players before the Rugby Championship later this year. Fassi has of course been capped by the Boks, and has impressed when he has been given a chance, but those chances have been few and far between- against Georgia and against Argentina.

The problem Nienaber faces is that there are plenty of other players he may want to trial as well. But surely there will be room for him somewhere across that Bok back three at some point in the three Tests matches in Pretoria, Bloemfontein and Cape Town.

Take a look at the try he created: