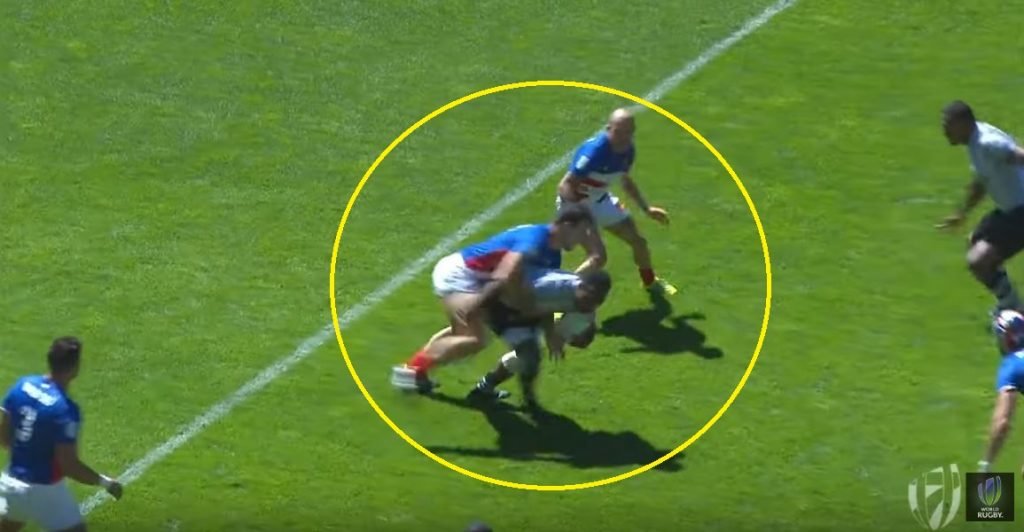 They were once against crowned World Series Champions, putting them in a good position going into a World Cup season in 2020.

The Qantas Australian Men’s Sevens team has fallen on the opening day of the HSBC Paris Sevens, drawing with Kenya (19-19) and falling to Wales (7-24) and South Africa (17-19).

Australia will battle it out for the Challenge Trophy, on the final day of the HSBC Sevens World Series for the 2018-2019 season and will meet Spain in its first day two clash, at 6.22pm AEST on Sunday 2 June.

Australia had a new debutant in Will Maddocks, the younger brother of Qantas Wallabies and Melbourne Rebels flier, Jack Maddocks who scored with his first touch of the ball, coming into the squad as injury cover.

“Today again highlighted what it takes to be a consistent top four team and the roller coaster of performances when you are not consistent.

“We left a bit out there on the park today and lacked the grit and mental toughness to perform when fatigued, injured and under pressure that we have shown at times across this season.

“We are a core group of talented individuals that work incredibly hard, but we need to be cognitively better to achieve consistent strong team performances.

“There is no secret to success; it is enjoying the hard work, doing it effectively and efficiently, and recruiting the right mix of people to deliver an environment that fosters a team first and an unrelenting attitude toward performance.

“The highlight of the day was Will Maddocks scoring his first try on debut and with his first touch. Tomorrow is about respect for each other and the jersey we wear with pride.”

In the battle for the Cup Final both the USA and Fiji made the Semis to ensure that they are still in the hunt to win the HSBC Paris Sevens and for the USA potentially win their first ever HSBC Sevens World Series title as overall Champions.