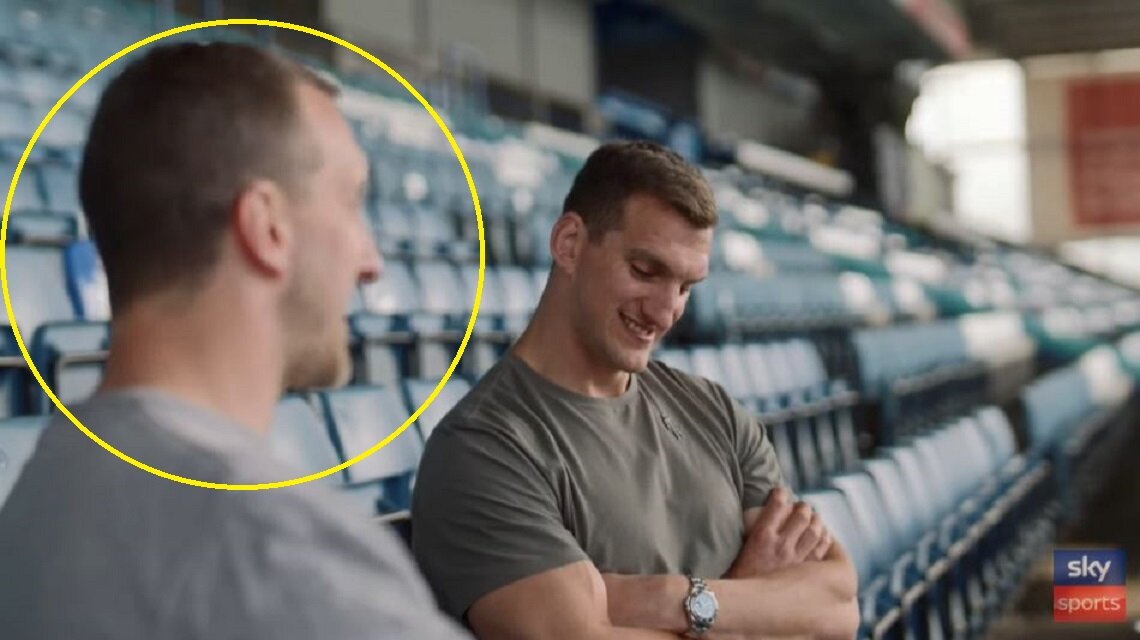 “They won’t reach six foot and won’t play rugby” – that’s what a doctor told Sam and Ben Warburton’s parents when they were kids or something.

Capped 74 times by Wales and a further five by the British & Irish Lions, Warburton led his country for a record 49 times. He has today announced his retirement from professional rugby.

Classed as one of rugby’s modern greats, the 29-year-old’s final match was the Lions’ test draw against the All Blacks in June 2017. Following the series in New Zealand, Warburton has been working to recover from neck and knee surgery and returned to training in earnest this summer.

Since returning to pre-season with Cardiff Blues it has become clear to Warburton that he wouldn’t be able to return to the high standards he has set throughout his career and has reluctantly made the decision to retire.

This sounds like an incredibly redundant statement, but it’s so weird seeing his brother Ben alongside him.

Warburton will go down in history as the most successful British & Irish Lions captains of all time. Last year he became only the second man to captain the Lions on two tours as he led the famous touring team to New Zealand, repeating the honour he first undertook in 2013 in Australia.

Under his leadership the Lions claimed a first test series victory in 16 years when the beat Australia and four years later in 2017 he once again led the Lions as they earned an historic series draw against World Champions New Zealand.

He has spent his entire professional career with Cardiff Blues, making his debut for his hometown region in April 2009. Just two months later, in June 2009 he made his international debut against the USA in Chicago and in 2010 he was part of the Blues side that won the European Challenge Cup.

The Whitchurch High School product played junior rugby for Rhiwbina RFC and then Glamorgan Wanderers RFC. He then represented Wales at all age-grades, captaining the U18, U19 and U20 sides.

Aged just 22, he was named Wales captain for the first time in June 2011 when Wales faced the Barbarians and he then led Wales into the Rugby World Cup later that year.