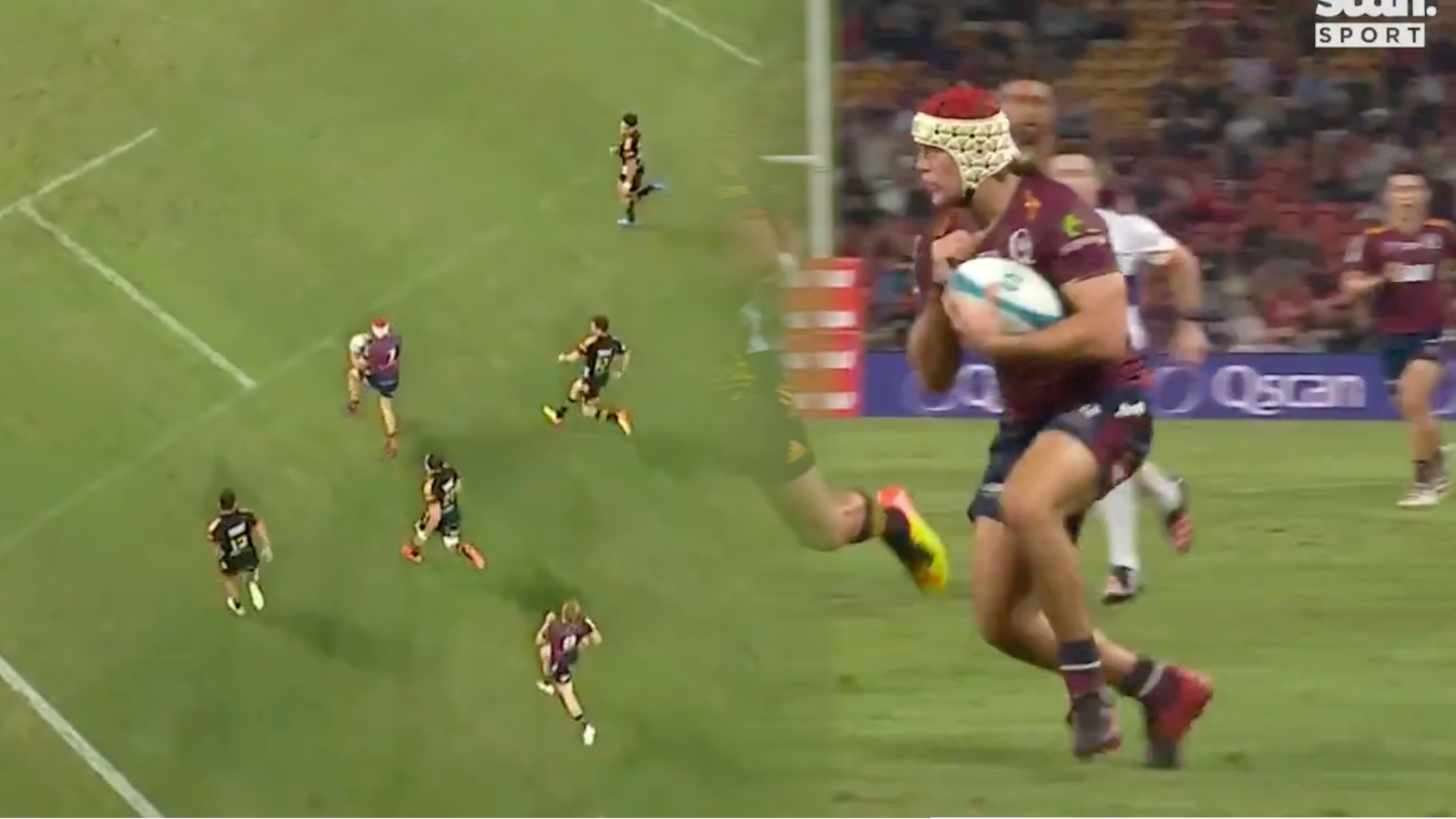 Flanker looks in for a try, then meets All Blacks rock

Reds flanker Fraser McReight would have thought he had a try in the bag when he collected a kick ten metres out from the line against the Chiefs on Friday.

With no one in front of him at the Suncorp Stadium, it looked as though he could not be stopped. Then up stepped Quinn Tupaea.

Playing on the left wing, the All Blacks centre hurtled across field to meet McReight and stopped him dead in his tracks. There was no case of momentum taking him over here, as the 22-year-old produced a ball and all tackle. It may not have been a textbook tackle, but it got the job done as the Red also spilled the ball after being hit by all of Tupaea’s 102kg frame.

This was defence of the highest order, and proved crucial in the end as the Chiefs came away with a slender 27-25 win.