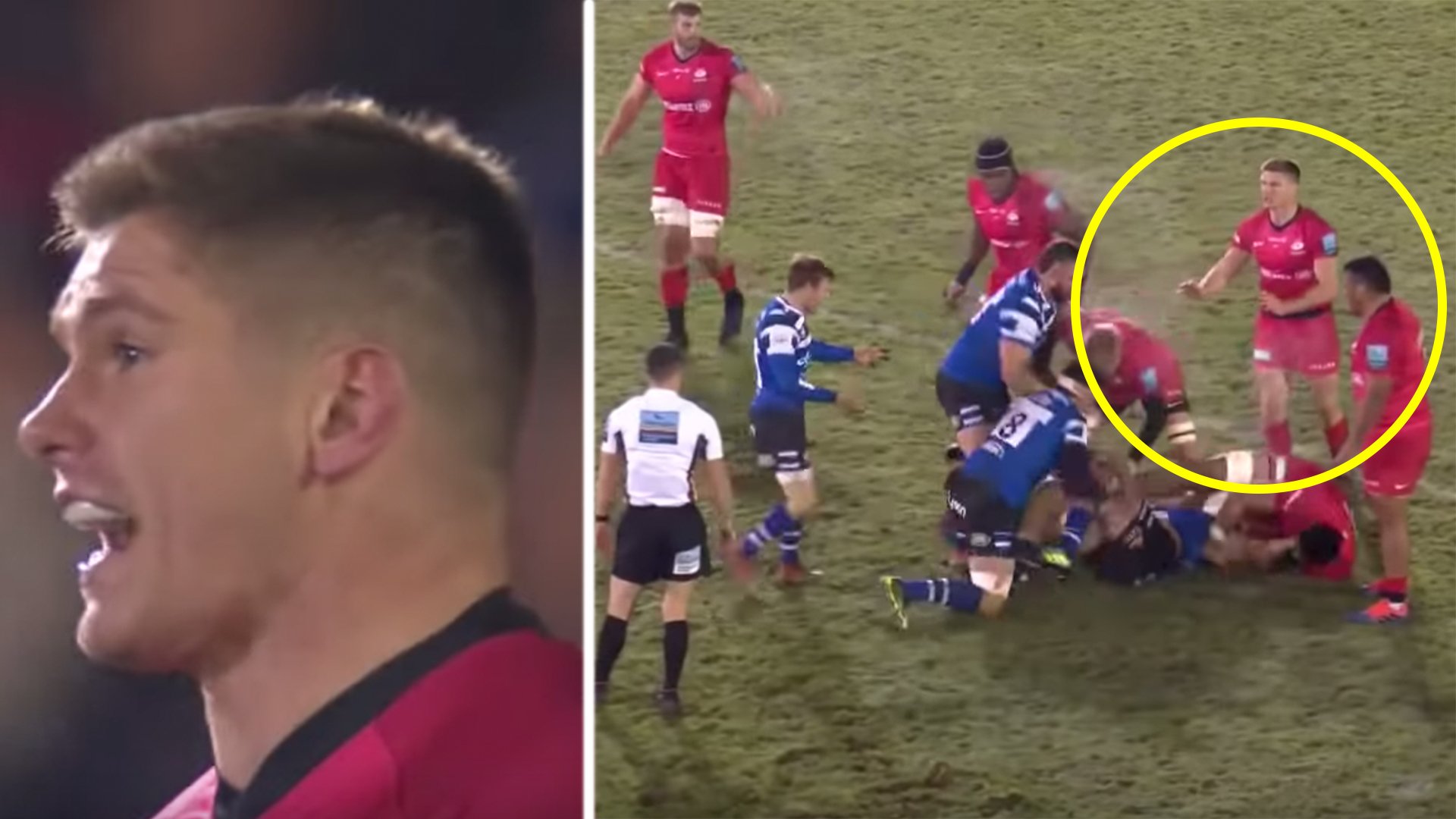 Owen Farrell was filmed shouting at a referee this weekend in the match between Saracens and Bath. This outburst should come as a surprise to nobody in rugby circles. This, however, was different.

It’s been a tough month for Faz. Going from king of the smirky bois to chump of the silver medals.

Going back from Japan to finding your team docked 35 points and given a £5 million fine. Can’t be great, can it?

Farell seemed less than pleased with the referee in this clip… Farrell undoubtedly had a very strong tournament for England at 10 and 12, however, since the final he’s had a tough time of it with fans around the World relishing in him falling short.

The England players are all undoubtedly in poor spirits even now after losing in the World Cup final.

In the video, Farrell can be heard shouting to the referee,

The commentators even shared a short chuckle at how annoyed Farrell got at the referee. From looking at the clip, surely Farrell is in the right here. The player didn’t tackle as they were trying to hold him up?

One theory that we have is that Farrell suddenly had a flashback to the moment Pieter Steph du Toit single-handedly manhandled the boys in white in the final, this led to him being overcome with a wave of anger which he aimed at the referee.

After the incident happened, Farrell can be seen further questioning the referee asking why they should release the player.

This has been a common theme over the last two weeks, with England players all failing to crack a smile while they are on duty for their domestic clubs.

Saracens put out a strong team in this game over the weekend, but they will need to put in more performances like this if they want to stay in this league.

Here is the clip of Farrell losing his rag with the referee. Was he in the right?

England rugby surprise everyone as they release video about the dark origins of Swing Low, Sweet Chariot