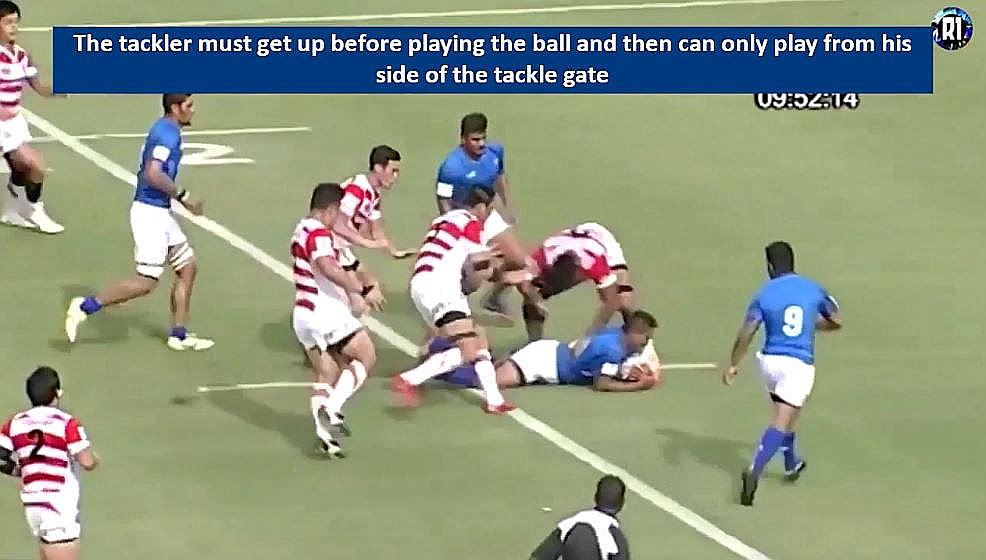 Just to keep us on our toes, World Rugby Executive Committee has approved the addition of six law amendments to the programme of global law trials.

The amendments, which have been tried in specific international competitions this year, relate to the scrum (Law 20) and tackle/ruck (Laws 15 and 16), and are aimed at making the game simpler to play and referee, as well as further protecting player welfare.

Law 15.4 (c)
The tackler must get up before playing the ball and then can only play from their own side of the tackle “gate”.

Rationale: To make the tackle/ruck simpler for players and referees and more consistent with the rest of that law.

A ruck commences when at least one player is on their feet and over the ball which is on the ground (tackled player, tackler). At this point the offside lines are created. Players on their feet may use their hands to pick up the ball as long as this is immediate. As soon as an opposition player arrives, no hands can be used.

Rationale: To make the ruck simpler for players and referees.

Law 16.4 A player must not kick the ball out of a ruck. The player can only hook it in a backwards motion.

Rationale: To promote player welfare and to make it consistent with scrum law.