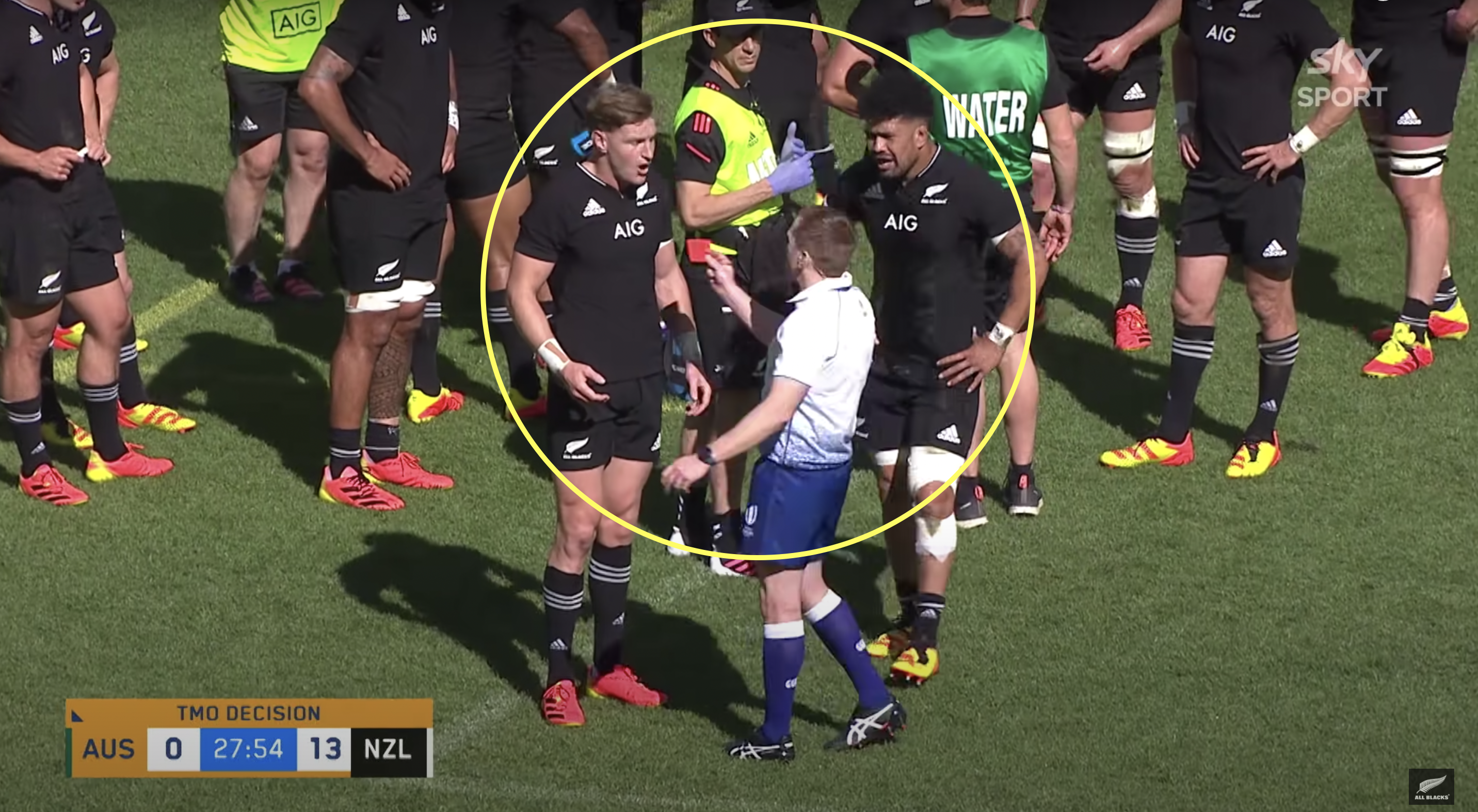 There are many people on either side of the fence of the new red card Law that has been introduced in this year’s Rugby Championship.

The Law sees a red carded player removed from the game entirely, but they can be replaced after twenty minutes rather than the team being down to 14 players for the entirety of the game. Some feel that the team/ fans should not be punished for one player’s act, while some feel that is the point of the red card to begin with, and players will only learn if the punishment is severe.

Either way, former All Black Lima Sopoaga may have accidentally highlighted the greatest flaw of the new red card Law following Jordie Barrett’s sending off against Australia in the third Bledisloe Cup Test on Sunday. The fullback was sent off on 28 minutes following his kick to the head of Marika Koroibete while catching a high ball.

While the All Blacks were down to 14 men for 20 minutes, Sopoaga saw the funny side in being able to bring a player as good as Damian McKenzie on as his replacement. “Imagine having a red card and saying sorry you can’t have Jordie Barrett back on.. ok fine we’ll use Dmac then. That’s proper jokes,” he wrote on Twitter as Ian Foster was able to unleash his star-studded bench.

That basically means the new red card affects teams with a stronger bench far less than those with a weaker one. Whether you are the All Blacks or a team ranked 200th in the world, playing with 14 players is a disadvantage, but now the elite teams only have that disadvantage for 20 minutes before being able to bring on a player as good or even better. Meanwhile, the teams with a weaker bench will not have that luxury, meaning the punishment is more severe.

This may be even more apparent in an incident where two opposing players are red carded at the same time for the same offence in this year’s Championship. Traditionally, the punishment would have been equal, but in this case the team with a weaker bench will be punished far more for the same offence.

The rugby world will have to see if this Law sticks, but this could be a problem.