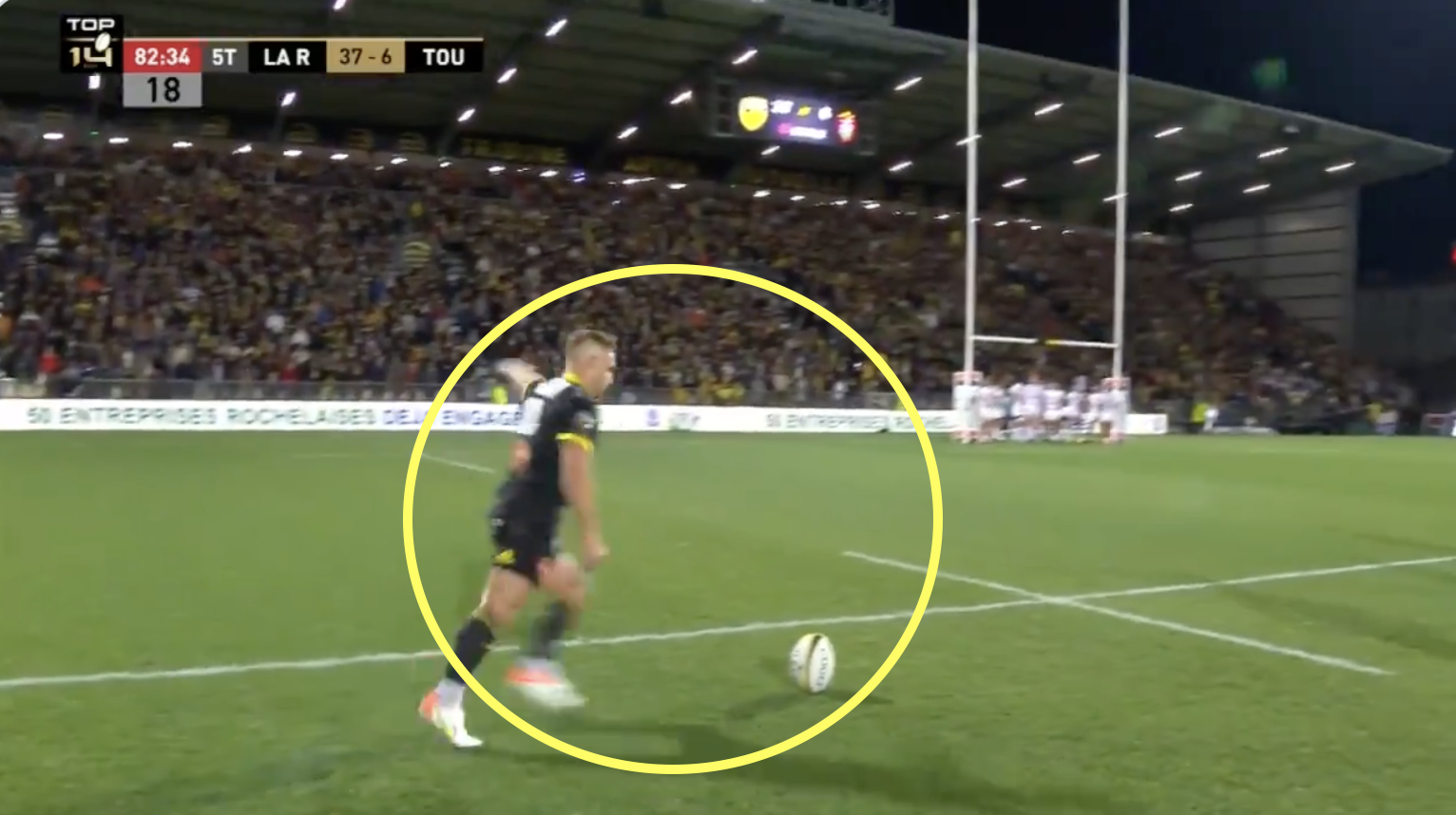 Kicking tees have been commonplace in rugby for over two decades now, but La Rochelle fly-half and former Maori All Black Ihaia West went retro on Sunday.

The fly-half opted to take a conversion without the use of a tee, just placing the ball on the ground, taking rugby back to the amateur days in the process when kickers used to ram their heel into the ground to create their ‘tee’. Sand was the next step up after that before tees took over, and plenty of money must have been spent since then by clubs and players on them.

But West showed that none of that is necessary at all.

Maybe that is not strictly true, but he did get the kick over. It was not the most attractive of kicks from just outside the 22, and the connection made an odd thumping sound before the ball swirled its way over the posts, but the important thing is that he made it. His teammate then ran out with his tee about 20 seconds too late and handed it to West, but by then the Kiwi was probably coming to the realisation that he has been swindled throughout his career into using kicking tees.

Had his team not been winning 37-6 in the match against Toulon at the Stade Marcel Deflandre, and had it not been the final play of the game, there is absolutely no way that he would have attempted this kick without the tee, but time was running out in this situation and obviously so was his patience. This may catch on to save time in the future though, maybe instead of taking a drop kick conversion as it may be slightly more reliable. Probably not though.

The win leaves La Rochelle in fifth place in the Top 14.