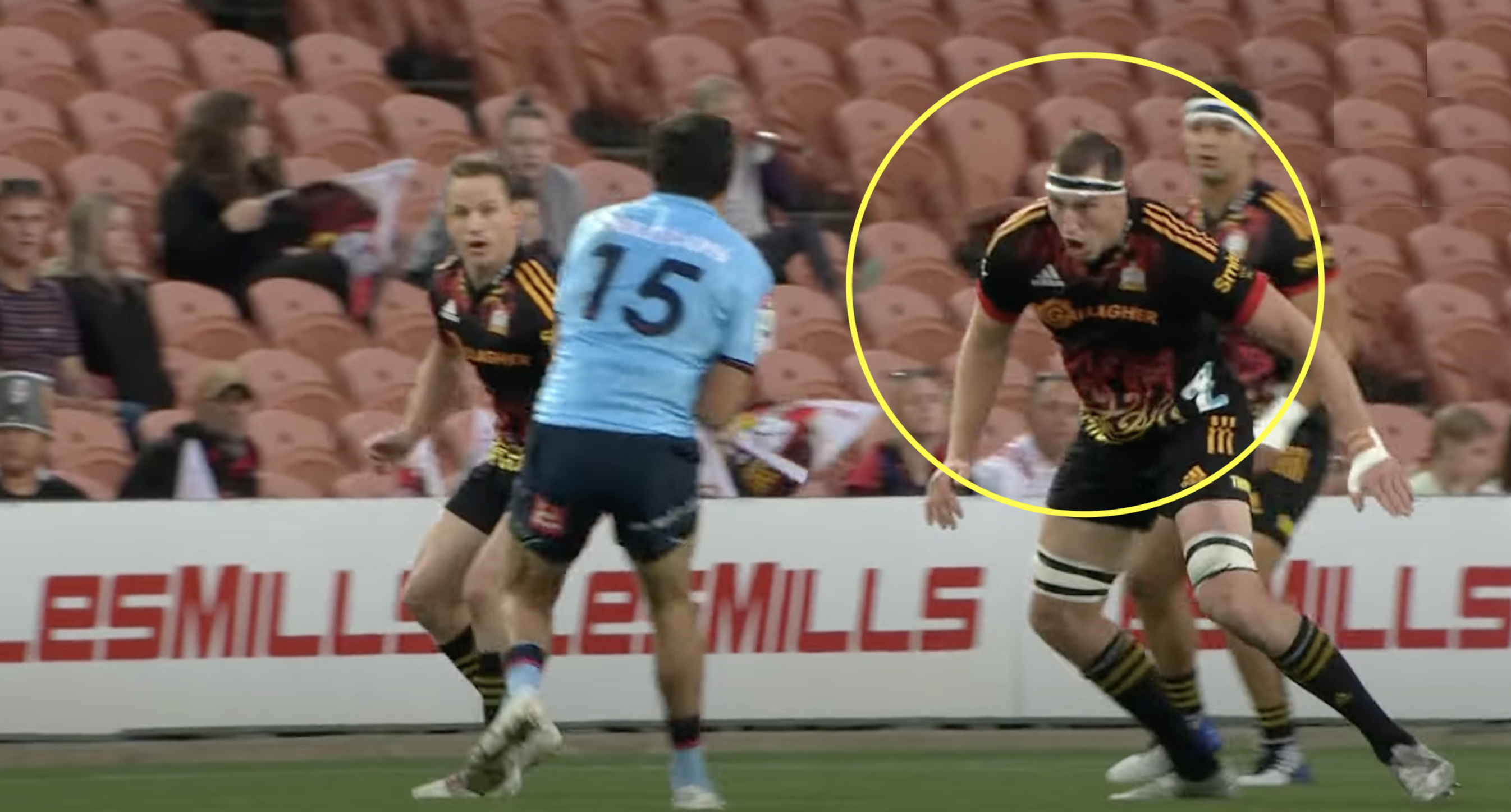 Brodie Retallick cuts fullback in half with textbook legal tackle

Despite his 2.04 metre frame, the 92-cap lock sized up the Waratahs man in the Super Rugby Pacific quarter final last Saturday, even though Donaldson is almost 20 centimetres shorter than him.

The clip was shared by Sky Sport NZ recently and is a good example of perfect tackle technique. The 31-year-old has his knees and hips bent even before Donaldson has received the ball, and he still dips into the tackle. His lower position actually provides him with the power to launch into the Waratah’s midriff, and he duly cuts him in half and dumps him on his back.

This was all on the way to the Chiefs securing a 39-15 victory at the FMG Waikato Stadium, helping them progress to the Super Rugby Pacific semi finals, where they will travel to take on the Crusaders this Friday. In the other semi final, the in form Blues will host the last remaining Australian outfit in the competition, the Brumbies, at Eden Park on Saturday.

Speaking after the match, Chiefs captain Brad Weber said: “It’s incredibly satisfying. Coming to a home quarter-final and I haven’t had one here and I’ve been here for nine years, 110 games now.

“So my first home playoff and it was pretty cool.”

“Credit to the Chiefs. They’re a classy outfit and they’ve had the wood on us all year and were great tonight,” said Waratahs captain Jake Gordon.

“They’re really hard to contain when they get that front-foot ball and off turnover attack they’re exceptional.

“They really punish you for your mistakes. We had opportunities in their 22 later in that game and we weren’t good enough.”